Viewership patterns for summer tentpoles on Disney+ and Netflix — both of which are poised to introduce cheaper tiers with advertising — suggest that the services would be wise to tread lightly as they roll out their top-tier fare across ad-free and ad-backed tiers.

That’s one of the key takeaways from a new report from analytics firm Samba TV. The second-quarter installment of The State of Viewership analyzes some 24 billion hours of linear and streaming viewing in the U.S. (See select charts below.)

The company found significant front-loading of viewership for marquee titles. By the 30th day top titles were available, they had generated 86% of their 50-day viewership. About 2.9 million households watched Stranger Things Season 4 in its first four days online, with the total rising to 4.6 million households by Day 15.

Obi-Wan Kenobi on Disney+ saw an even bigger tilt toward its initial days, with 2.1 million households watching in the first four days and 3.1 million by Day 15. Unlike Netflix, which largely has stuck to its binge-release model (though not, technically, with recent seasons of Stranger Things and Ozark), Disney takes it much more gradually. It put out the first two Obi-Wan episodes on May 27 before serializing the rest weekly.

Moon Knight followed a similar trajectory, with 1.6 million households partaking in the first four days and 2.7 million over 15 days.

Overall, Samba determined, about three in four viewers watch top shows within their first two weeks of availability. That can be particularly true of feature films given their shorter running times compared with full series, especially Netflix releases without wide theatrical runs. Spiderhead, for example, saw 58% of its 15-day viewership in its first four days.

What does all of this mean as advertising gets set to enter the picture? “It could foreshadow the future of an AVOD model that ‘windows’ original content in SVOD for 15 to 30 days before being released to ad-supported tiers,” the report concluded. Such a blended approach could “avoid impacting current subscribers who prefer to watch premiered content as soon as it becomes available.” Thus far, none of the operators of both ad-free and ad-supported services (HBO Max, Paramount+, Hulu) has privileged the ad-free one with earlier dates in any large-scale way, though it’s an intriguing concept and both Netflix and Disney have pledged to bring innovative thinking to their respective ad endeavors.

Disney has set December for the launch of its ad-supported tier. Netflix has said it is teaming with Microsoft to develop its ad-reliant version, which is due out next year. Neither company has spelled out exactly how it plans to differentiate their two services, including whether those willing to pony up higher fees for ad-free viewing can expect any extra advantages beyond not having to see the Geico gecko every 7 minutes. In Disney’s case, the ad-free plan is due to jump $3 a month, from $7.99 to $10.99, so it may be natural for loyalists to wonder about why they should bear so much extra cost. Churn levels — a gauge of how many customers are canceling their streaming subscription — have risen along with the number of major competitors in the U.S. Just three years ago, Netflix, Prime Video and Hulu controlled the market, but now a number of challengers have entered the arena.

“In today’s streaming content wars, where more than $40 billion will be spent this year alone, platforms need to be much more data driven in how they market their new content both before, during, and after initial launch. Just because you build it, doesn’t mean viewers will come to it,” said Ashwin Navin, Samba’s co-founder and CEO. “This new reality is fueling a significant risk of increased subscriber churn as the data illustrates audiences are overwhelmed by content choices today. This has given rise to a new trend of subscription cycling that is altering how we think about measuring the value of a subscriber.” 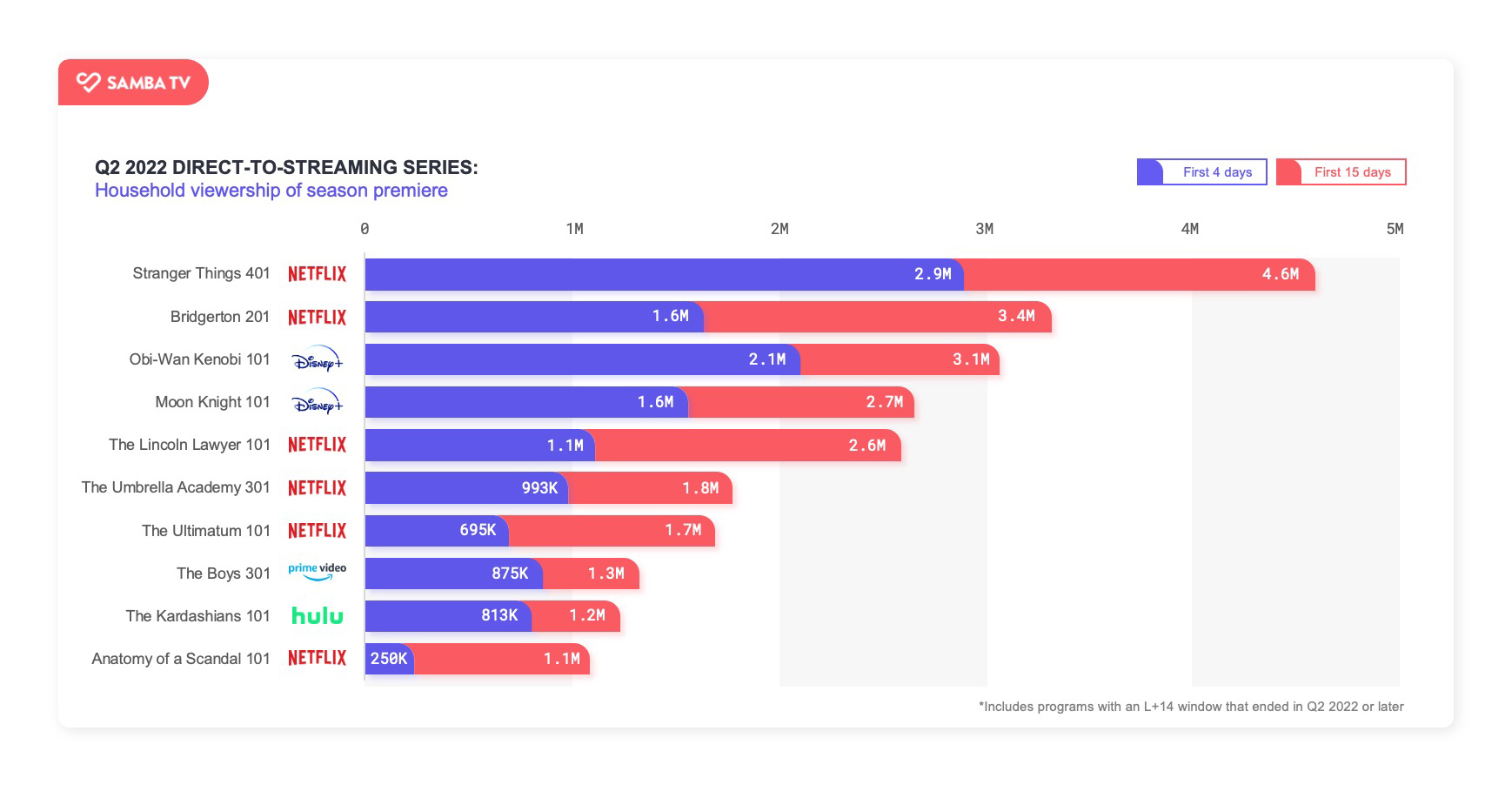 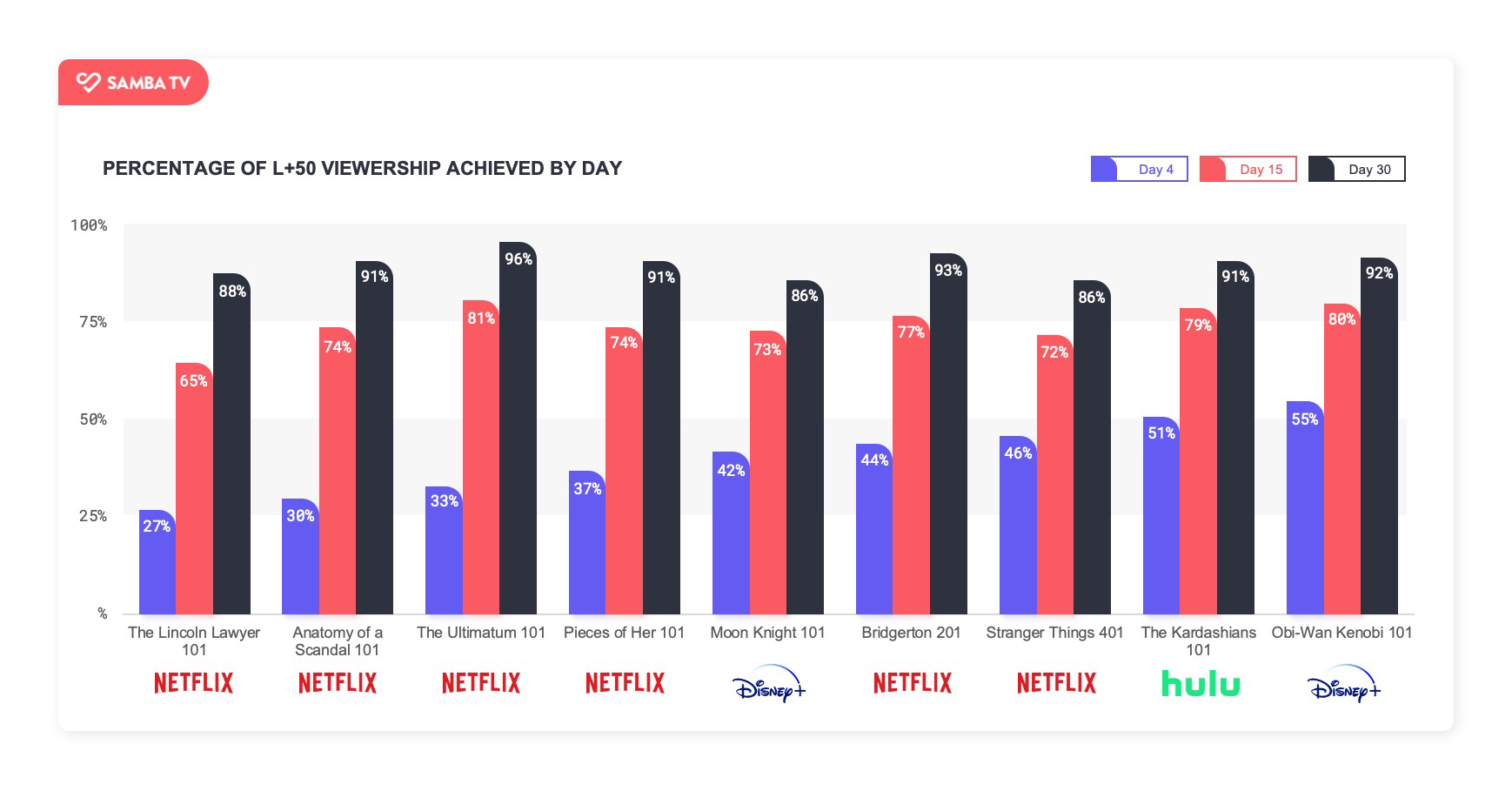 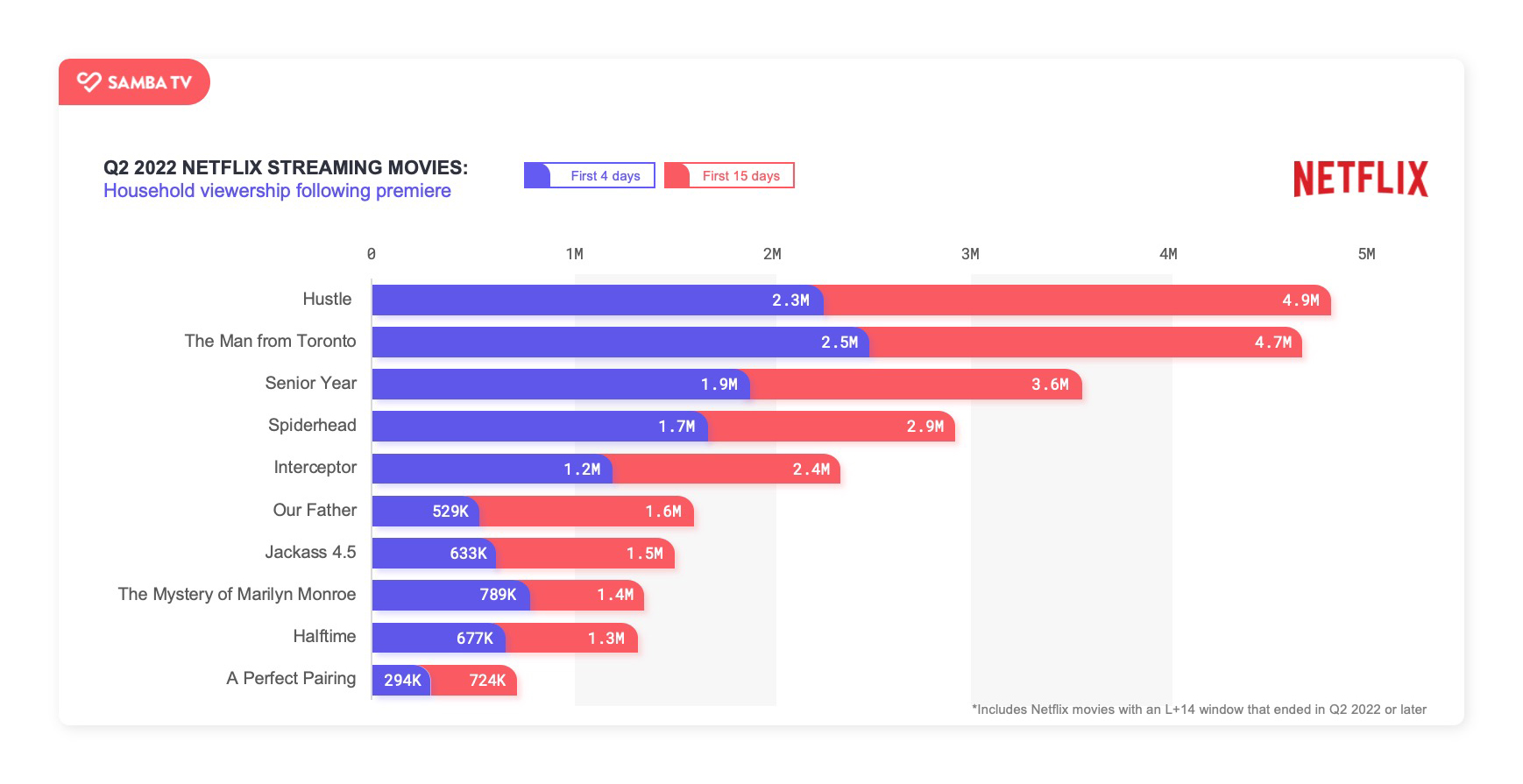