‘Two consecutive quarters of negative growth are the technical definition of an economic recession, and for the first time in this generation’s memory, we may be staring at one,’ observes Aakar Patel.

Let’s have a look at the economic fallout of the current lockdown today and why measuring it will be easier than such shocks have been in the past.

One of the problems India has as a modern economy is that of data.

This is something that the government and the prime minister have acknowledged and they have attempted to change this lack of information, though without much success.

The problem, briefly described, is as follows.

India’s economy is largely in the informal sector.

The informal sector means that economic activity which is not taxed directly, and which may not even be registered.

Almost all businesses that use only family labour, paanwallahs, sabziwallahs, many shopkeepers even, all labourers and most labour contractors, most farmers, domestic workers, many traders and some professionals come under this informal economy.

The government’s Economic Survey of 2018-2019 said that more than 9 out of every 10 Indian workers are in this informal sector, meaning it is much more relevant and significant than the formal sector.

However, we do not even know what the size of the informal economy is.

Of course, by its very nature, it does not have deep engagement with the State in terms of tax payments or being regulated and so the government does not know of its existence.

The second issue is that some of this informal economy also operates on the formal side.

Some small businesses work as suppliers to larger businesses that are formal, meaning regulated and taxed.

Many small businesses are partially tax paying and partially regulated.

All this makes the collection of data and therefore the estimation of economic growth difficult in India.

India’s GDP, or the total value of goods and services produced by our country, is derived primarily from the formal sector’s data.

This data is then used and it is assumed that they have a relationship with the informal sector and thus a national figure is estimated.

The formal sector, though it is not very big, has good data including high frequency data such as the sales of automobiles.

Companies like Maruti and Bajaj around the first of every month put out the total number of vehicles that they have sold to their dealers in the previous month.

On May 1, Maruti announced that for the first time in its history it had achieved zero sales in April because of the lockdown, and probably something quite close to zero in production as well.

But such accurate and frequent indicators are absent from most of the economy which means we need to rely on guesswork.

This is a problem and it is why the prime minister and others in government have been seeking to change this, though without much success.

So why is this relevant at this point in time?

Let us compare the current crisis to the one that was similar: The demonetisation or notebandi, which was announced on the night of November 8, 2016.

It became clear around mid December 2016 that this would lead to economic difficulties and wipe out many small businesses.

The government denied that this would happen and challenged its opponents to come out with data that supported the theory that demonetisation had damaged the economy even temporarily, much less permanently.

This data, the critics did not have because nobody had it.

The formal sector of the economy was not hurt at first and the estimates of GDP based on numbers it was putting out were more or less in line with what they would have been without demonetisation. 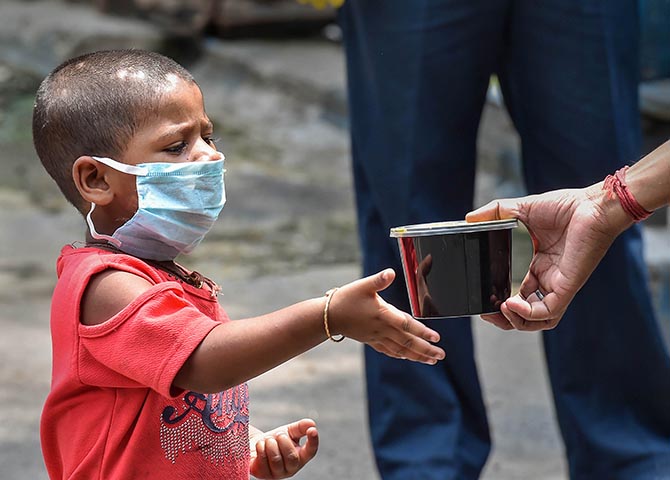 The first signal that something was dramatically wrong was in imports.

The goods which India had been importing from others shot up after demonetisation.

The reason was that those companies that were previously supplying these goods locally were damaged or shut by demonetisation, making India depend on foreign goods.

This would also mean that consumption in India would suffer because companies shutting down would lead to a loss of employment.

Again, this is not an area where the government has good data.

It does household surveys, but these also have been endangered by the mess over the National Citizenship Register.

It is unlikely that in the near term we will have good official data on unemployment from the government.

It is the private sector, particularly one company, the Centre for the Monitoring of the Indian Economy, with its hundreds of field agents and its real time data that provides the most credible numbers on unemployment in India.

CMIE showed that indeed unemployment was rising in India, and by the time of the 2019 election it had reached historic levels never before recorded.

The third sign of the damage came in the formal GDP numbers as well.

As businesses were wiped out and people were unemployed, consumption suffered.

This began to reflect before long even in the high frequency and other data.

India’s GDP growth as measured by the government through the formal sector began to slip and fell every quarter between January 2018 and January 2020.

Why? Because demonetisation weakened it in ways that are structural. 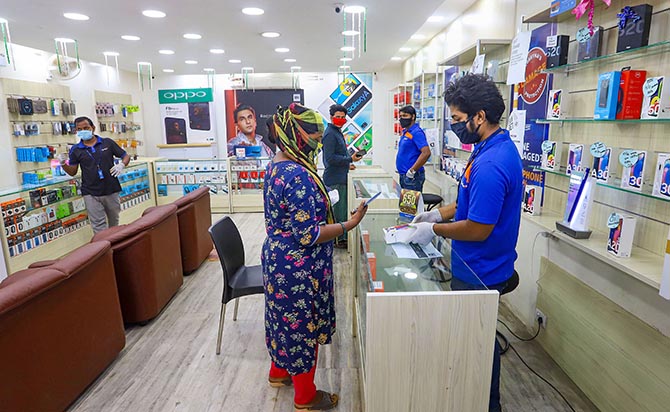 This time, there are three things that are different.

First, the economic shock is more severe than it was in demonetisation.

Second, it will be longer lasting, not only because the disruption is vast and also that it is global, but also it will take time to rebuild trust.

Third, the data will be clear from the start.

The formal sector, shut down fully in April and limping along from May, will report results that will show a contraction of the economy.

Two consecutive quarters of negative growth are the technical definition of an economic recession, and for the first time in this generation’s memory, we may be staring at one.

Aakar Patel is a columnist and writer.
You can read Aakar’s columns here.