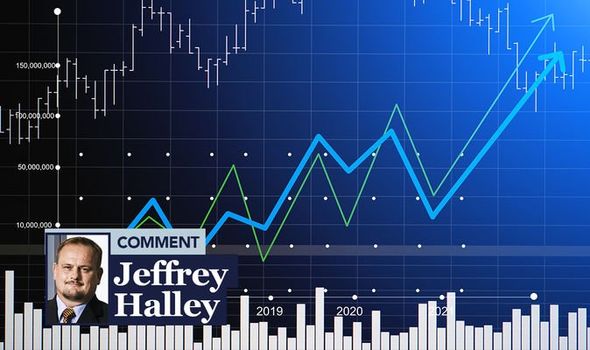 The latter does make me cringe, especially when the press is awash with similar headlines this morning. But then I have never liked running with the herd, especially ones full of bulls. Financial markets globally, continue to delusionly price in a semi-rapid to normality in the world as economies tentatively return from COVID-19 lockdowns. That is not going to happen in the slightest. A reality check should be the levels of government intervention and support in the global economy so far. That will all have to be paid back, but big Government will be back in a very 70/80’s manner for some time.

What is true, though, is that the world’s central banks seem to be prepared to back-stop the poorest of investment decisions to keep the lights on in the global economy. The Federal Reserve’s move to buy “high yield” debt in vast quantities if necessary, effectively signalled that. The ECB has removed its country-specific limits on individual bonds to obtain as well, marking a high yield-lite strategy. The BOJ has been buying everything for quite some time, including ETF’s on the stock exchange for some reason.

Little surprise then that equities globally are or have moved into “official” bull markets. Or that the market itself is painting a narrative to explain it. Direct debt monetisation by other central banks, including our own in Indonesia, is also occurring regularly, with even the Reserve Bank of New Zealand suggesting negative rates are not of the table. I am so glad I am long property there.

When central banks plug their fingers in holes in the dike in one place, leaks tend to occur in other areas. In this case, those leaks may well manifest themselves in the form of inflation, as gigantic government borrowing requirements crown out the private sector. Peak globalisation and supply chains that have a national, rather than international look about them, thus raising costs, will also assist. Investors should be clear in differentiating central bank largesse back-stopping investment decisions, from economic reality. Reality usually wins in the end, but that economist “return to the mean” can take a long time to manifest. There is a world of difference between a bull market, and bs.

Still, that does not mean that momentum will fade anytime soon. Far from it, in fact. The bulls have the upper hand this week for sure, with a dovish outlook from the FOMC and further easing from the ECB sure to please. Big tech continues to report this week, with Microsoft and Facebook next up today. We also have US GDP this evening, with the US expected to have contracted by 4.0% in Q1. Even that staggering number will likely be ignored though, as markets prefer to take hope from the partial reopening of States across the nation. Even ones like Florida, where the COVID-19 death rate is still increasing. Like inflation, the limits of monetary policy, and the competence of governments leadership across the world, a COVID-19 second wave is a story for another day. Bask instead on Asia joining the “20%” FOMO club.

As I have stated, Asian stocks have risen this morning as US index futures rallied strong, with the S&P e-mini up over 1.20%, and the NASDAQ futures are rising 1.50%. The street is pricing in a very dovish outlook from the FOMC this evening, which should surprise no-one and more strong news from big-tech Q1 earnings, after the Alphabet Inc. results. With strongly positive momentum, even a poor US GDP print this evening will likely be twisted as backwards looking and ignored.

Australia continues to perform strongly on the global recovery story and their exits from COVID-19 lockdowns. The ASX 200 and All Ordinaries have jumped 1.20%.

We fully expect Europe to pick up the baton, as they did yesterday, and continue with the rally started in Asia. With the US ignoring the rest of the stock markets results, only slip-ups by Facebook and Microsoft will upset the boat.

The US Dollar continues to ease as global sentiment improves.

The haven status of the US Dollar meant that it yet again gave ground overnight and this morning against the majors and emerging market currencies. EUR/USD has risen to 1.0850 with GBP/USD climbing 40 points to 1.2470 as oil prices rose today. With the Bank of Japan decision out of the way and a dovish FOMC to come, USD/JPY continues to fall, down 30 points to a one-month low of 106.50 today. Having fallen from 108.00 last week, USD/JPY looks still to have more downside potential.

The Australian Dollar has risen by over 1.0% in the last two sessions, up 30 points to 0.6536 today. With a high beta to commodities and world growth, its outperformance is no surprise. The AUD/USD faces a stern test of resistance at its 100-day moving average, just above at 0.6570. New Zealand is catching much the same tailwinds, the NZD/USD climbing nearly 1.0% to 0.6100 by this morning, having risen from 0.5900 last week. Having broken the 50-day moving average at 0.6670, Kiwi now eyes resistance at 0.6150 as its next target.

The jump in oil today has seen USD/CAD fall 40 points to 1.3937. We would expect other Petro-currencies such as NOK and RUB to outperform once Europe arrives, assuming oil holds its gains.

Across Asia, the CNY, KRW, SGD are all stronger versus the US Dollar today. We expect regional currencies to remain gently bid for the remainder of the session and into tomorrow, ahead of the May Day holiday on Friday.

Even with WTI’s low, low price exaggerating the percentage moves in prices each day now, WTI’s rally in Asia this morning has been impressive. WTI has surged by 14.0% to $14.00 a barrel today. That has dragged Brent crude higher by 3.25% to $ 23.50 a barrel.

The generally positive mood sweeping financial markets can only partly account for this morning’s WTI rally. Liquidity in Asia, or lack of it, has undoubtedly exaggerated the move higher, with Japan away today. The June WTI contract is also where angels fear to tread now as the USO oil ETF and anyone else with a long position in it, desperately tries to roll their positions into forward months to avoid the mid-May contract expiry. It may well be that much of the speculative long positions have been rolled forward now that have to be.

I have my doubts with regards to that thesis, though. Bear in mind that the WTI June contract will not necessarily move around on fundamentals, rather than on liquidity at a given time. The supply/demand situation in the world continues to have a massive overhang of oil of 20 million barrels per day. That does not favour a sustained increase in oil prices.

One ray of hope for WTI though could occur next week. The regulators in Texas, Oklahoma and North Dakota are all set to decide whether producing oil at these prices in those states is ‘wasting resources.” Clearly, it is, and that has given the state authorities the power to force state-wide production cuts on producers or let them shutter wells without losing their concessions. What OPEC+ and the US President could not achieve, arcane regulatory bodies at a state level, might.

It may well be that with so much action going on in equity and energy markets, gold has just fallen off investors’ radars for now. Overnight, gold eased to the bottom of its recent range, at $1710.00 an ounce, remaining their unchanged today.

Gold’s time will come again, possibly driven by a sudden reversal and realisation of reality by financial markets. That though is unlikely to be this week. With much of the world on holiday on Friday, gold may find weekend event risk buyers in tomorrow’s session. But for today, gold looks set to probe the downside of its recent range, possibly edging below $1700.00 an ounce later today.

In the bigger picture, gold continues to mark time in a longer-term $1640.00 to $1740.00 an ounce range, with the shorter-term range probably confined between $1700.00 and $1720.00 an ounce. Given my track record on gold in general, I understand the murmurs of “famous last words” entirely.