There are more than the usual number of miracles to be observed with the latest version of A Christmas Carol to hit Broadway. The usual suspects are here, all the ghosts and spirits and flights over ye olde town and all the witnessing of things past, present and future. And there’s the miracle of one man – the great Jefferson Mays – breathing life into more than 50 characters and having us believe every single shift. And there’s the perhaps more – if only slightly more – quotidian miracle of a creative team – directors of lighting and sound and costumes and projections – at the tops of their games coming together to create gobsmacking theater magic, a blessing director Michael Arden’s Carol has in great bounty.

But the true miracle of this production – full title: Charles Dickens’ A Christmas Carol – opening tonight at the Nederlander Theatre is that it, or rather, he (as in Mays) has us believing we’re encountering an entirely new work, with all the familiar beats and words and Dickensian lessons but layered with an honesty that makes the parts we’ve always told were scary genuinely scary (one pretty terrified toddler at the reviewed performances was taken sobbing to the lobby). The grief of a child’s death is rendered with the power of a first-rate drama sugared with no holiday sentimentality. This is a Carol in which the poverty of the Cratchit family looks like poverty and feels like poverty, fuzzy nostalgia left outside in the cold.

Conceived by Arden and Dane Laffrey, and adapted by Mays, Arden and Susan Lyons, the production cloaks the brilliant Mays in Ben Stanton’s ingenious lighting design – pitch black when the story calls for it, sometimes just for the portion of the stage where a new setting, say a warehouse staircase or a canopied bed needs conjuring for surprise appearances. Shadows on walls and backdrops grow and shape-shift and occasionally take on lives of their own, video and other projections (by Lucy Mackinnon) populate ol’ Fezziwig’s spectral warehouse with those joyful partygoers of long ago as they move with the blend of clarity and vagueness of memory itself. The effect is haunting and lovely. 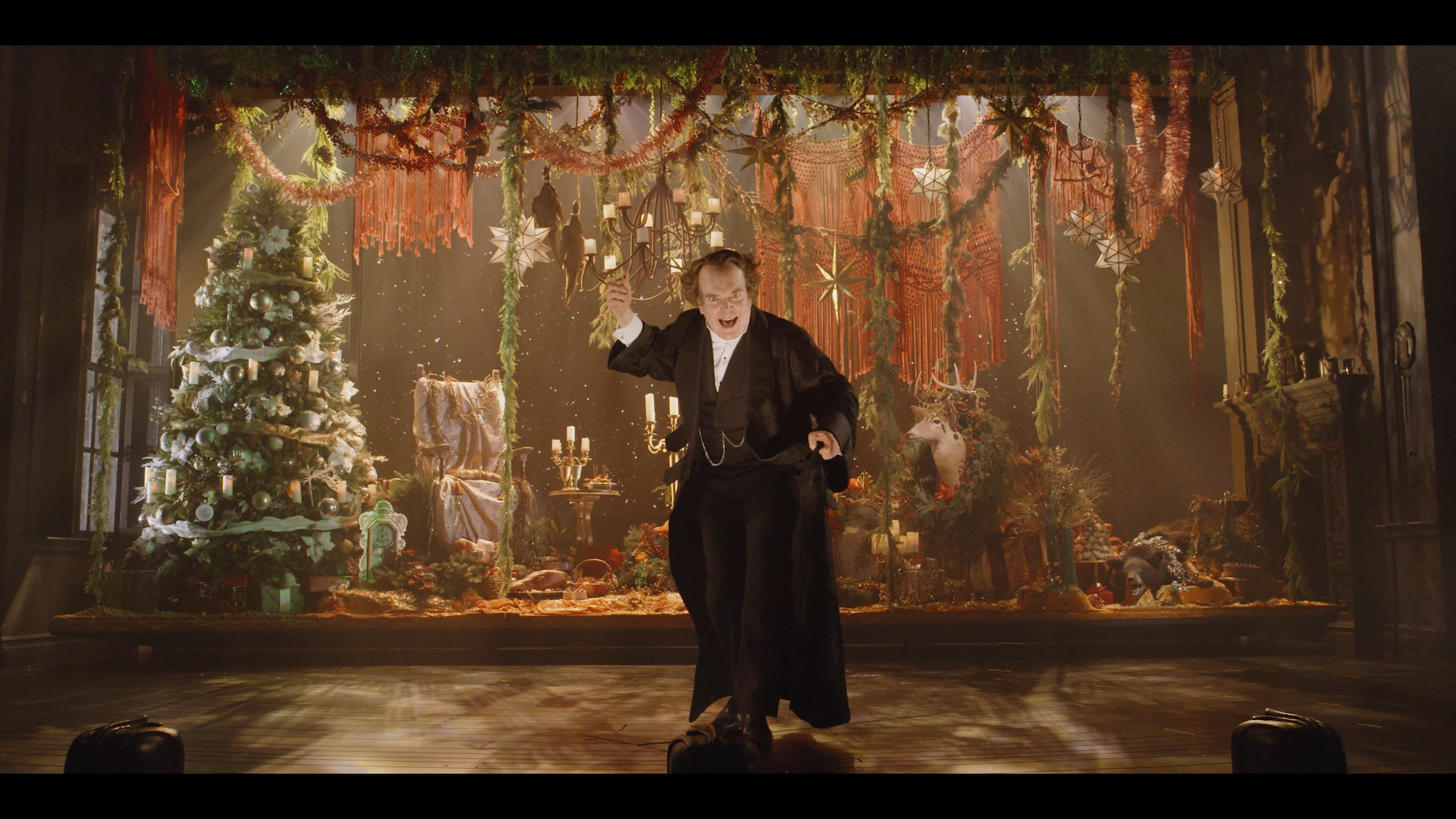 So too is the sudden brightness and detail that accompanies the Christmas Present sequence, with its feasts and greenery and decorations, as joyous as the Christmas Future scene is chilling. Without giving anything away, you can expect a specter unlike you’ve encountered in any other Carol, by turns amorphous and all too solid, one of the show’s stage effects that could rival anything on the Harry Potter and the Cursed Child stage. 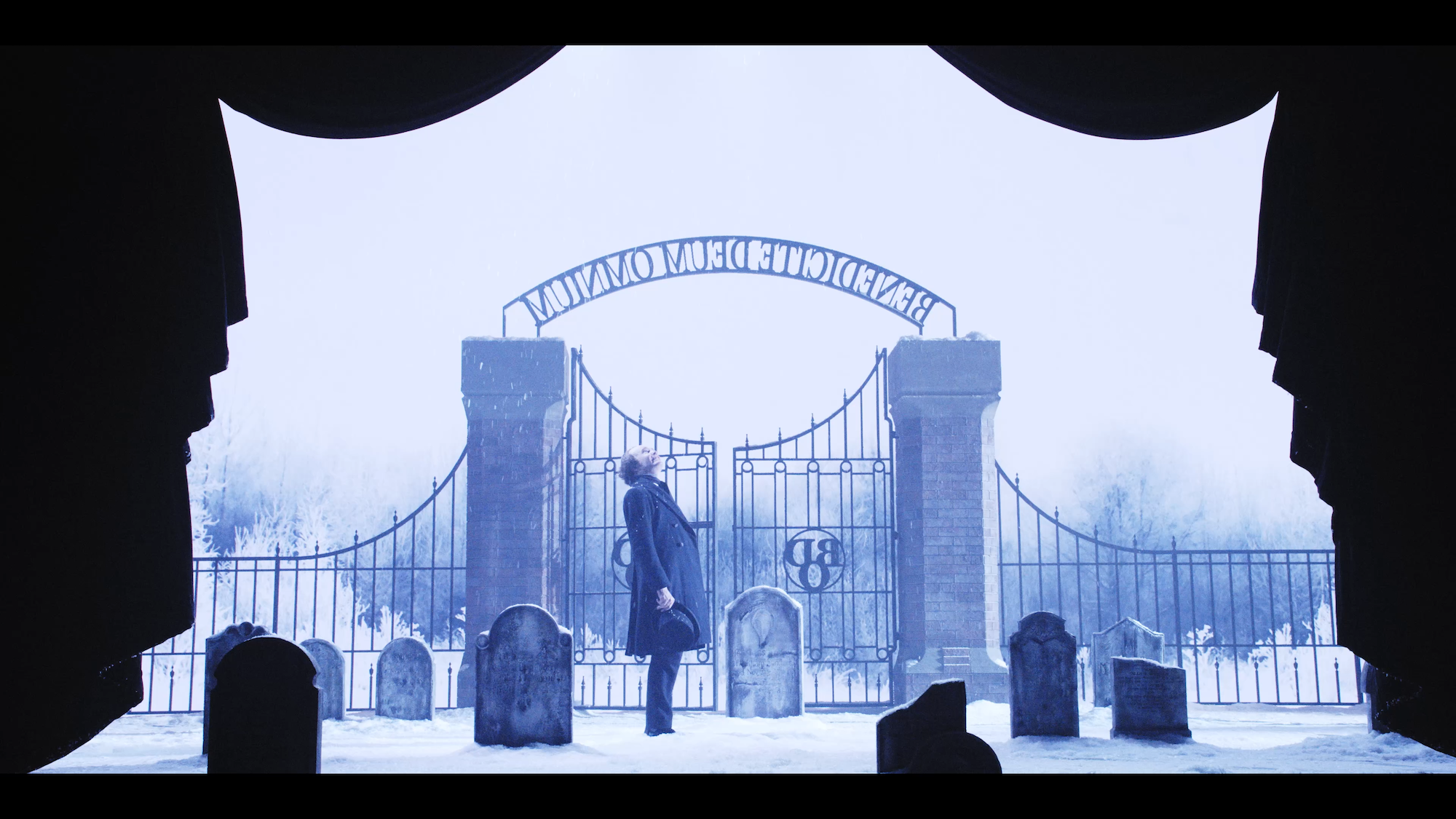 With the sweet, discreetly used Christmas music of Sufjan Stevens adding a joyous tone – when it’s not laying an ominous foundation with a barely-perceptible dissonant hum and rumble – this Christmas Carol is all the Carol anyone could wish for. Though how anyone could even conceive, must less anticipate, Mays’ near-supernatural nimbleness and versatility is all but impossible to imagine. He moves from character to character, voice to voice, mood to mood – his Marley is terrifying, his Bob Cratchit utterly heartbreaking – all the while blending, entirely as one, with a technically complex, ever moving and never less than thriling physical production, all in service of a story that we all thought we knew so very well.