Minneapolis (CNN Business)Business activity at private US companies in early August dropped off at some of the sharpest rates seen since the beginning of the pandemic as rising interest rates and high inflation crimped consumer spending, according to data released Tuesday.

The latest S&P Global preliminary flash composite purchasing managers index, or PMI, registered a level of 45 as of August 22, down from 47.7 in July. 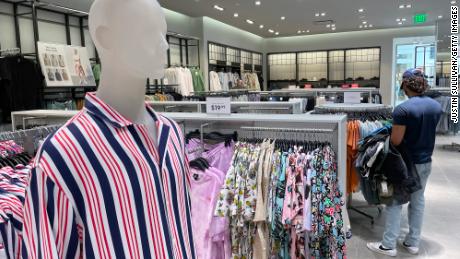 The rate at which business activity slowed was the fastest recorded since May 2020 when the pandemic shutdowns first took hold, according to S&P Global. This marks five consecutive months that the activity index has fallen and the second consecutive month that it has been in contraction territory.

Levels above 50 indicate expansion, while levels below represent a contraction is occurring, according to S&P Global.

“The data is certainly pointing to a downturn at the moment,” said Sian Jones, senior economist at S&P Global Market Intelligence. “Obviously, we have to wait and see how it progresses, but it’s certainly going to be a challenging business environment going forward.”

A drop in the new orders component of the index shows service providers are pulling back as the odds of the US economy going into a recession increase, Bank of the West economist Scott Anderson said in a note published Tuesday.
The contraction was particularly deep amongst service-sector firms, with the S&P Global Services Business activity index landing at 44.1 in August, down from a 47.3 reading in July. The manufacturing index dropped from 52.2 in July to 51.3 in August — a two-year low.

The slowdown in consumer spending and business investment comes amid a spree of interest rate hikes by the Federal Reserve as the central bank seeks to dampen high levels of inflation.
But rising interest rates are only one of several factors at play, said Cailin Birch, global economist at The Economist Intelligence Unit. 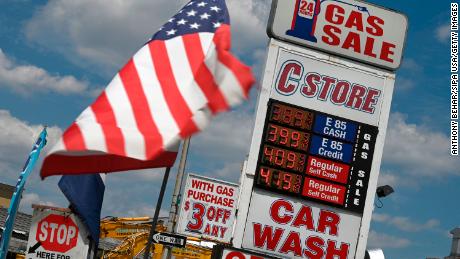 Persistently high inflation has eroded consumers’ ability to spend, and ongoing logistical delays and material shortages caused by the war in Ukraine are contributing to the drop in output, she said.
“We expect the impact of rising interest rates to be felt more keenly over the next six months,” she wrote in an email to CNN Business.
Despite the declines, businesses surveyed by S&P Global were more optimistic than they were three months ago about business activity in the next 12 months.

“Confidence stemmed from hopes of greater client demand and the acquisition of new customers through advertising and marketing campaigns,” according to Thursday’s report. “That said, the degree of optimism was below the series trend as firms anticipate a challenging few months ahead.”
S&P Global’s final August PMI data for services and manufacturing are scheduled to be released on September 1 and September 6, respectively.
Source: Read Full Article