The dollar slipped on Tuesday and riskier currencies rallied as China’s trade data painted a less gloomy picture than markets had feared and signs of a slowdown in coronavirus deaths raised hopes that the worst of the pandemic may be over. The Australian dollar, pound and kiwi rose to month highs. China’s yuan-denominated exports in March fell a modest 3.5 percent from the same period a year earlier, and imports rose 2.4 percent customs data showed on Tuesday.

“The market is front-running the idea that we’re going to see the case count dissipate,” said Chris Weston, head of research at Melbourne brokerage Pepperstone.

“The baton is now being firmly handed over to the reality of the situation in economic data,” he said, calling the Chinese figures “way better” than expected.

Dollar-denominated Chinese figures are yet to be released, and economists polled by Reuters had forecast a 14 percent drop in exports and a 9.5 percent fall in imports. 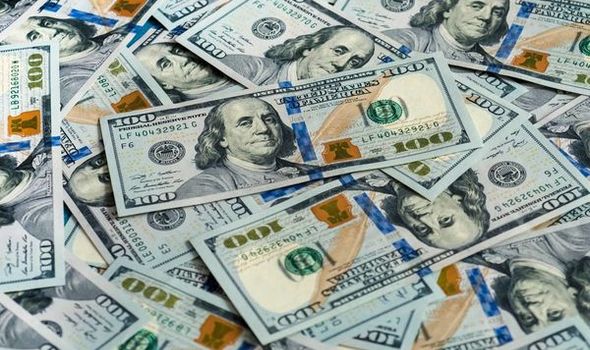 It comes as the Trump administration gears up for its first big push to ensure the pandemic doesn’t trigger consumer food shortages as meat packers shutter, dairy producers dump milk, and farmers struggle to find workers to harvest, plant and deliver crops.

The plan will include direct payments to farmers and ranchers, along with other support measures, using a portion of the $23.5 billion approved by Congress to support agriculture in a coronavirus stimulus bill last month, along with some existing USDA funds, according to the sources.

The USDA will announce the initial plan as early as this week, and is expected to detail later phases of the support program once more money from the stimulus bill becomes available, potentially in July, they said.

“It’s not enough to cover all of agriculture, but we see it as a first step,” said Andrew Walmsley, director of Congressional relations for the American Farm Bureau Federation, the nation’s largest farmer trade group.

“We expect there will be more aid going forward.”

Asian stocks bounced on Tuesday on hopes the coronavirus outbreak may be peaking.

There is also expected to a close watch on China’s trade data, which is expected to show exports tumbling 14 percent in March from a year ago, as the coronavirus shutters businesses around the world, crippling demand and economic growth.