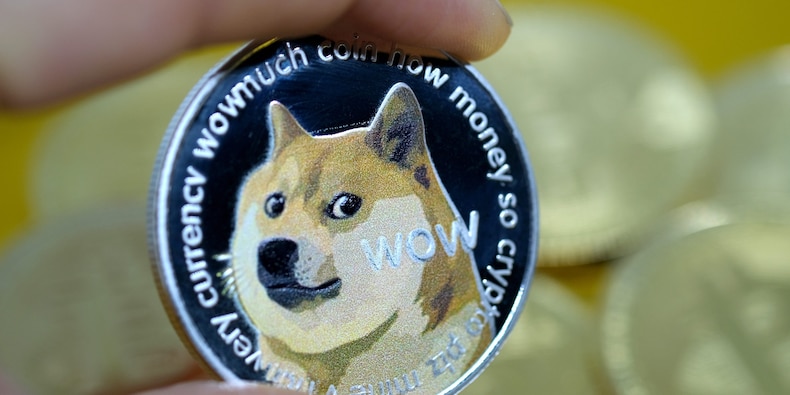 Cryptocurrency exchange Gemini said its customer can trade dogecoin starting Tuesday, joining a growing list of platforms showing support for the meme-inspired cryptocurrency that was started as a joke in 2013.

"Dogecoin is the people's money," Tyler Winklevoss, Gemini CEO, said in a statement. "It's organic, irreverent, and fun."

He said he acknowledged that dogecoin is a meme coin, but that money also operates like a meme.

"Over the multi-millennia history of money, the majority of money (be it shells, beads, precious metals, etc.) has been what we the people say it is and believe it is," he said.

Gemini, founded in 2014, offers over 40 cryptocurrencies for trading.

Other exchanges that allow dogecoin trading include Kraken and Robinhood.

Robinhood in April lowered its minimum dogecoin order size to one coin from 10 coins as the meme-based asset's popularity shot to new heights.

Dogecoin this year has seen a blistering rally, thanks in part to well-known backers such as Elon Musk, Mark Cuban, rapper Snoop Dogg, and Kiss member Gene Simmons.

But some, such as billionaire and bitcoin bull Mike Novogratz, don't believe the hype.

"No, you shouldn't buy dogecoin," he said in an April interview with Earn Your Leisure. "You should sell dogecoin probably now that it's gone up to 42 cents. But there's a lot of uneducated investors that feel the energy of this moment and want to participate."

As of Tuesday, dogecoin jumped to a new all-time high above $0.58, soaring more than 19,200% over the last year and 760% over the last 30 days. It boasts of a $70 billion market capitalization as of Tuesday, making it the fourth largest cryptocurrency, just after bitcoin, ether, and Binance coin, according to CoinGecko.

Read more: Ex-Ark analyst James Wang breaks down his bull case for Ethereum as its token breaches an all-time high of $3,300 – and explains why it could eventually reach $40,000

While dogecoin protocol issues a fixed amount of 5 billion tokens every year, Winklevoss said this fixed and annual issuance will represent a much smaller percentage of dogecoin's overall money supply.

"In other words, Dogecoin's money supply is disinflationary," Winklevoss said, comparing it to ether. "Recently, demand for dogecoin has outstripped its supply. As a result, its price has been mooning."

The Shiba Inu-themed token has also benefitted from huge amounts of stimulus from governments and during the COVID-19 crisis as well as pandemic-stricken boredom in retail investors.

"Momentum in online forums has caused a flurry of investment as people aim to pump doge to the price of $1," said Ben Weiss, CEO at CoinFlip, which itself added dogecoin to its network in March.

But Weiss added: "Major players and corporations are unlikely to buy in and manipulate the market or understand that it could be a viable currency."