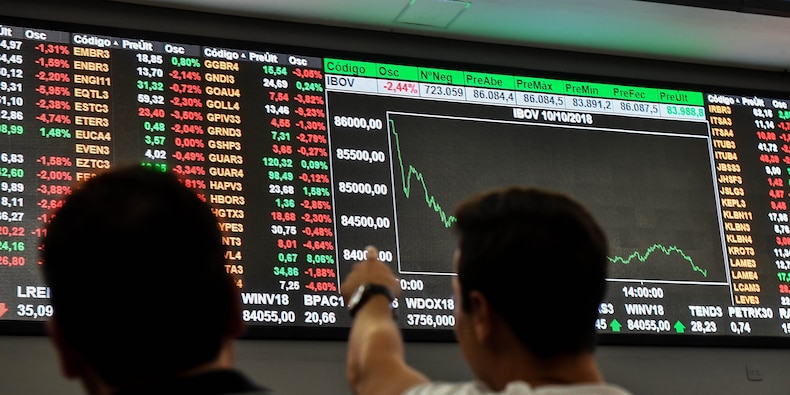 Global stocks held steady on Thursday ahead of the European Central Bank’s monetary policy update and despite COVID-19 lockdown restrictions in Europe being extended and cases rising globally.

As COVID-19 cases and deaths have continued to surge after last week saw the highest number of cases so far through the pandemic, lockdown restrictions have been tightened or extended in a number of countries.

India recorded the highest amount of daily cases by any country during the pandemic on Wednesday.

This has mostly impacted oil prices, with Brent crude down 0.9% and WTI down 0.8%on Thursday. This is the third consecutive day oil prices have fallen, as post-pandemic economic recovery concerns in major economies grow. The easing of restrictions in some European countries such as France could not balance out the downwards trend.

A US house panel also pushed a bill that allows for anti-trust lawsuits against OPEC to be filed, but this had little impact on the oil market.

Despite Japan being hit hard by COVID-19 in recent weeks, the Nikkei 225 recovered on Wednesday and was up 2.38% at the end of the trading day. The Hang Seng index in Hong Kong and China’s Shanghai Composite were little changed on the day, rising and falling by 0.2%, respectively.

A recovery in the US benchmark indices on Wednesday fed into some strength on Asian markets overnight.S&P 500, Nasdaq and Dow Jones futures were steady on the day, showing barely any change.

“A lack of clear new drivers has played its part with a lot of good news priced into equity valuation globally. Nerves that Covid-19 may linger for longer and vaccine effectiveness temper a buy-everything rally that is looking a little tired. All of which leads to the boisterous flip-flop price action seen this week,” Jeffrey Halley, Senior Market Analyst at OANDA, said.

Looking at Europe and the upcoming ECBmonetary policy announcement, not much change is expected as long-term bond yields have been largely stable across the continent.

“The ECB’s biggest problem the past few months has been keeping a lid on yields in the face of the sharp rise we’ve seen in longer term US rates, which have had a ‘rising tide lifts all boats’ effect on European longer-term borrowing costs,” he continued. Positive manufacturing sector data and vaccine roll-outs as well as promised recovery funds have helped keep monetary policy stable, Hewson said.

Major European indices edged higher on Thursday. The Euro Stoxx 50 was last up 0.84%, while London’s FTSE 100 rose 0.35%, lifted by the continued easing of lockdown and rising vaccination rates. In Germany, the DAX rose 0.68% despite new controversial lockdown rules being introduced in parliament that will allow for tight and fast local restrictions.

“For sovereign bonds, the performance was rather muted on either side of the Atlantic, with yields on 10yr US Treasuries falling back -0.3bp. Bunds (0.0bps), OATs (-0.3bps) and gilts (+0.9bps) were similarly dull, while BTPs (-2.6bps) rallied slightly,” Deutsche Bank analysts wrote. Over the past weeks, especially yields on US 10-year treasuries had been rising.