New York (CNN Business)Beer is in a bear market.

Domestic brews, such as Budweiser, Coors Light and Miller Light, once dominated the US beverage market. But sales are declining while alternatives are spiking. Drinkers think beer is stale, compared to the innovative new brands and creative concepts emerging from other places, so they are craving a variety of other boozy drinks, including premium liquor, canned wine, spiked seltzers and pre-made bottled cocktails.
In 2018, alcohol consumption in the United States dropped for the third-straight year, according to IWSR Drinks Market Analysis. And beer is to blame: Sales of a case of beer declined 1.5%. For the past five years, beer volume in the US declined 2.4%, the firm said.

The trend doesn’t appear to be reversing itself. Sales of domestic beer slipped 4.6% between October 2018 and October 2019, according to Nielsen. Microbrew and craft beers are also in a minor slump, down 0.4%, despite Big Beer companies scooping them up left and right (AnheuserBusch just purchased Craft Brew Alliance, which makes Redhook Ale).
But people are still drinking — a lot. Alternative drink categories that both firms tracked have all grown. With traditional beer getting the boot, here’s what people are drinking instead. 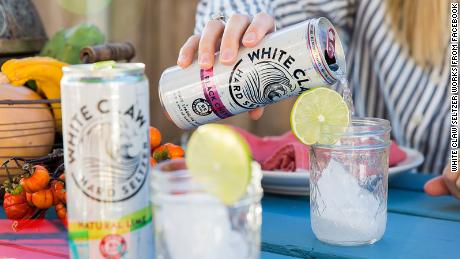 Perhaps no other alcoholic drinks had more of a breakout year than White Claw because people are seeking drinks lower in sugar and calories. The spiked seltzer brand exploded over the summer and shows no signs of slowing down. Sales cracked $1.2 billion for the previous 52 weeks ending on October 5 — a nearly 200% jump in growth year over year.
Although White Claw remains the United States’ top-selling spiked seltzer brand, rival brands have also found success. Truly, which is produced Boston Beer (SAM), is also growing in popularity. Analysts at Guggenheim said in a recent report that Truly is driving “more than 100% of the company’s retail growth” and is helping the company, which makes Sam Adams lager, beer-proof itself. In contrast, the company’s flagship beer, Samuel Adams, sales fell 11% and its 60 Minute IPA fell 14% for a 12-week period ending on November 2, according to Guggenheim.
The spiked seltzer fever has also caught on with Anheuser-Busch InBev (BUD). It has two well-established brands, Bon & Viv and the beer-and-fruit flavored Natural Light seltzer, with plans to add a third based off its Bud Light brand. Bud Light Seltzer “falls in a spot in between our other seltzer brands,” meaning it will be more expensive than Natural Light and cheaper than Bon & Viv. It’s scheduled to launch in early 2020.

The portability and attractive price point of canned wine has helped sparked a new trend. Nielsen reports a 73% jump in sales between October 2018 and October 2019, totaling $54 million.
Seattle-based Precept Wine has helped grow the space with its line of brands, including selling its popular House Wine in a can in 2017. CEO and founder Andrew Browne told CNN Business that the idea came from its customers seeking portable wine for social events, like boating and tailgating. 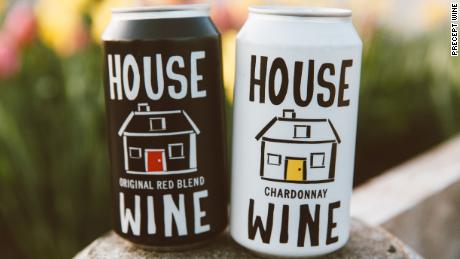 The company told CNN Business that its canned wines sales are doubling the industry growth average, according to data it obtained from Nielsen. It has expanded its line of canned drinks to a wine spritzer brand, called Day Drinking with country brand Little Big Town.
It’s mulling an expansion of flavors, including fruit flavors and sangria. Precept Wine is projecting to sell 300,000 cases of all of its canned wine brands by end of year.
Growth in the sector has also attracted the attention of AB InBev. In July, the brewer bought Babe Wine, a company co-founded by popular Instagram influencer Josh “The Fat Jewish” Ostrovsky and brothers David Oliver Cohen and Tanner Cohen. They are the writers behind the Babe Walker @whitegrlproblem Twitter account.
Babe sells its pinot grigio, rosé and red wines in cans. Terms of the purchase were not disclosed but a source close to the deal previously told CNN Business that it is AB InBev’s biggest investment in wine to date.

Popular overseas, the pre-made cocktail trend is finally hitting the states. A mix of established alcohol companies and startups are looking to enter the growing space. Sales of prepared cocktails, which includes drinks in glass, canned and plastic bottles, jumped 17% to $323 million between October 2018 and October 2019, according to Nielsen. 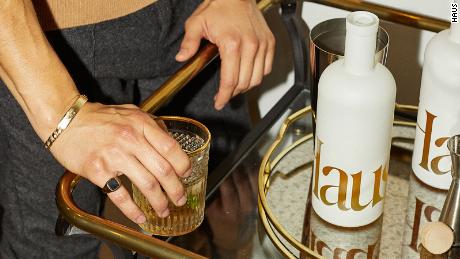 Haus, a startup that aims to be the “Warby Parker of alcohol,” is one stylish direct-to-consumer brand that entered the sector this year. Haus cofounder and co-CEO Helena Price Hambrecht told CNN Business that the aperitif maker was created for what a new generation of drinkers want — a drink with natural ingredients and lower alcohol content.
“They’re perfect as a cocktail base or on their own, and they’re designed for the generation that loves the social ritual of gathering, but wants a little less booze,” she said of the brand’s drinks that have a third of alcohol content of hard liquor. Haus sells two drinks: Citrus Flower and Bitter Clove, each costing $35 per bottle.
The company declined to disclose specific sales numbers, but said it has received “several thousand” orders since launching in June. 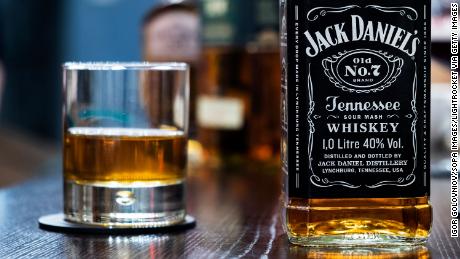 Jack Daniels-maker Brown-Forman (BFA) continued to have a strong year. In its most recent earnings report, its portfolio of super-premium American whiskeys, including Woodford Reserve, Jack Daniel’s Single Barrel and Gentleman Jack and its tequila brands, led by Herradura, all had double digit percentage increases.