While Microsoft's bid to acquire viral video app TikTok's US operations may have come as a surprise, there are a few other big deals that industry-watchers think are a little more predictable.

Business Insider compiled a list of companies analysts say Microsoft could try to buy, based on which buys could bolster key Microsoft businesses such as its Microsoft 365 suite of business software applications, Azure cloud computing business, or Dynamics customer relationship management software.

It's worth noting most of the companies on the list cost significantly more than Microsoft has ever paid to acquire any company. Microsoft's largest acquisition to date was its LinkedIn deal worth $26.2 billion.

"I would really expect [Microsoft] to continue to do deals at $1 [billion] or less that generally won't mean much to casual observers," he said, "but will serve to add important functionality to one of its existing product areas."

Here are 10 companies, aside from TikTok, that experts say Microsoft could acquire: 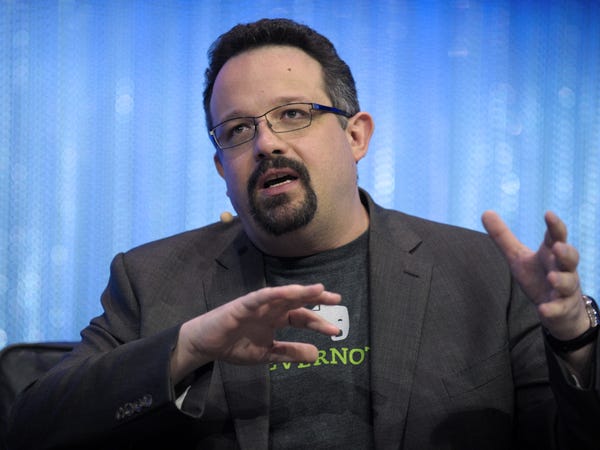 Mmhmm is building an app intended to allow people to virtually share their screen in a video call and remain in the picture at the same time, as Business Insider's Katie Canales writes, and was founded by by ex-Evernote CEO Phil Libin.

The company is still very young, and just raised $4.5 million from investors including Sequoia Capital and cofounders of Instagram, Twitter, and Eventbrite.

Creative Strategies analyst Carolina Milanesi thinks Mmhmm could be a good acquisition target for Microsoft to build out its popular Teams workplace chat app and "help with the huge number of kids who like to do videos while playing Minecraft." 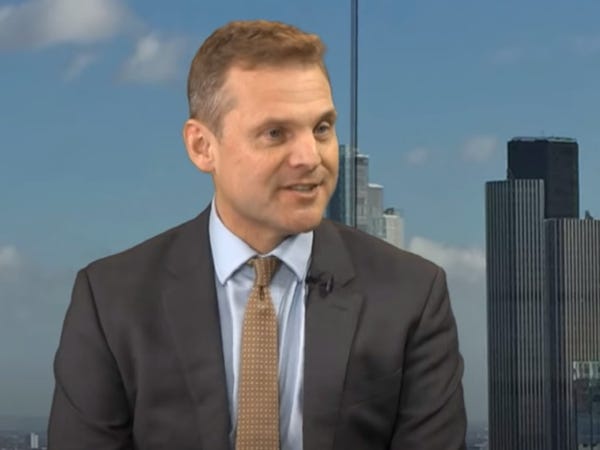 Market cap at the time of this writing: $125.33 million (trades on the London Stock Exchange)

"Microsoft has been on the offensive in the past few years looking to counter the challenge from emerging [software as a service] providers such as Slack and Zoom that have disrupted the communications and collaboration space," Castanon-Martinez said. "A key area that could support this strategy is to expand the telephony capabilities in Teams."

LoopUp recently launched a Microsoft Teams integration, and Castanon-Martinez said Microsoft could acquire the company to compete against key industry players like Cisco and RingCentral. 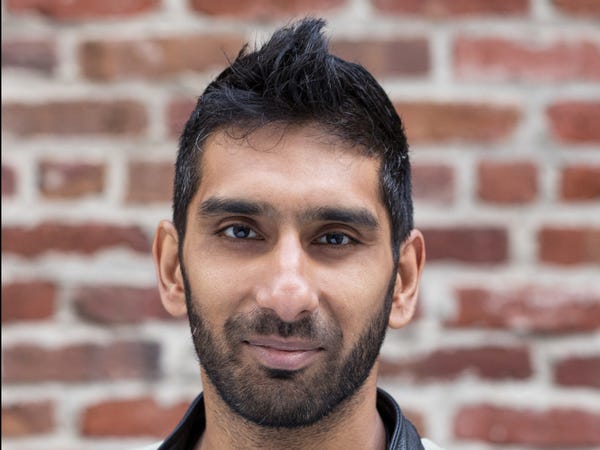 Superhuman builds an app intended to help users empty their inboxes in what it bills as "the fastest email experience ever made." Unlike most other email apps, it's not free — rather, it requires a $30/month subscription to use. In return, users get access to all kinds of email decluttering tools, including a conversational view that makes email look like a text message, as well as powerful keyboard shortcuts. 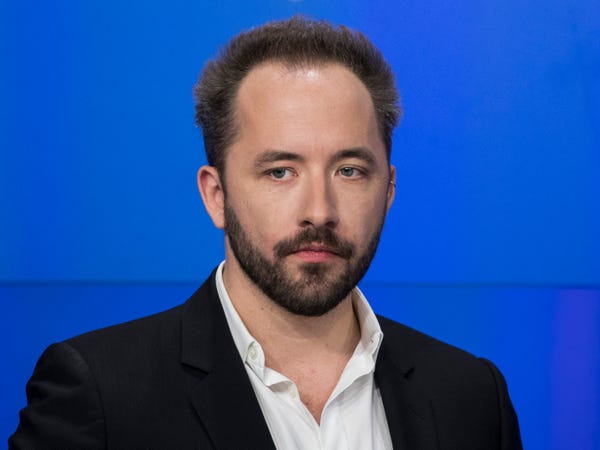 Market cap at the time of this writing: $9.62 billion

Dropbox builds a popular cloud-based file storage service. Microsoft already has a similar service with its OneDrive – but it wouldn't necessarily be acquiring Dropbox for its features.

"With over 500 million users, Dropbox doesn't necessarily add volumes to its current OneDrive capabilities, but it brings an enormous loyal user base and its revenues with it," Futurum Research analyst Daniel Newman said. 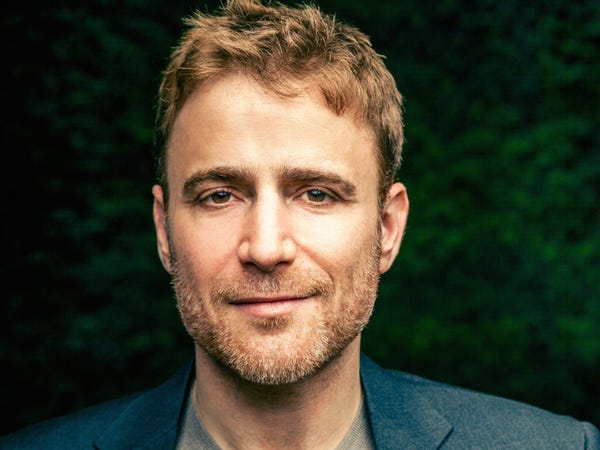 Market cap at the time of this writing: $16.96 billion

"Teams has exploded and Slack has floundered a bit," Futurum Research Daniel Newman told Business Insider. "[Microsoft] could acquire it to grow its base, enhance Teams and block Zoom from becoming more directly competitive to the full [Microsoft] Teams suite."

Still, there's a lot that makes a Slack acquisition appear unlikely. There seems to be bad blood between the two and tensions could be rising after Slack recently filed an antitrust complaint against Microsoft in the European Union. Not to mention that acquiring Slack might attract the wrong kind of attention from lawmakers amid broad antitrust scrutiny of the entire industry. 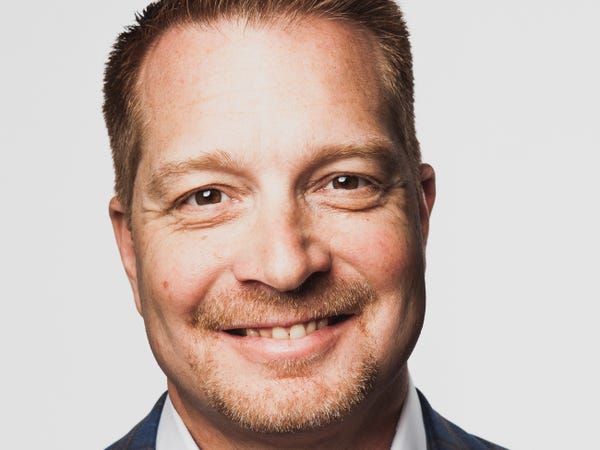 Market cap at the time of this writing: $20.95 billion

Microsoft could buy cybersecurity company Crowdstrike, RBC Capital Markets said in its 2020 software outlook report, and combine the company's products with its own to provide security to customers of all sizes, from small businesses to large enterprises.

RBC in the report published in January said Microsoft could sell the combined security product on its own or as a bundle through the company's Office 365 cloud-based suite of productivity tools. Microsoft's security spending, RBC noted back then, has reached $1 billion annually.

Microsoft, for its part, has recently taken big steps to renew its push into the cybersecurity market, positioning itself to take advantage of the boom in remote work by helping to provide tools to help secure and manage a distributed workforce. 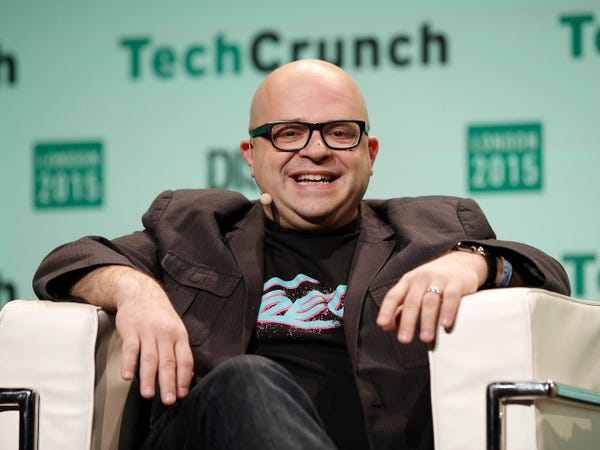 Market cap at the time of this writing: $37.29 billion

"Twilio makes a lot of sense because it is broad based with a seemingly endless array of use cases," Morningstar analyst Dan Romanoff told Business Insider.

But with Twilio valued so richly at about $37 billion, Microsoft would likely have to pay a hefty price for Twilio. "It's hard to imagine MSFT doing a deal that big," Romanoff said.

Twilio has been a favorite among analysts' potential Microsoft picks. RBC Capital Markets in a report earlier this year said that Twilio would be a good buy for Microsoft in order to embed Twilio's voice, messaging and email communication into Microsoft's consumer and business applications — and bring along the more than 7 million developers who use Twilio.

Piper Sandler said around the same time Microsoft could acquire Twilio could enhance Microsoft Azure's developer ecosystem. Piper Sandler did not respond to a request about whether their view of a potential Twilio acquisition has changed since January. 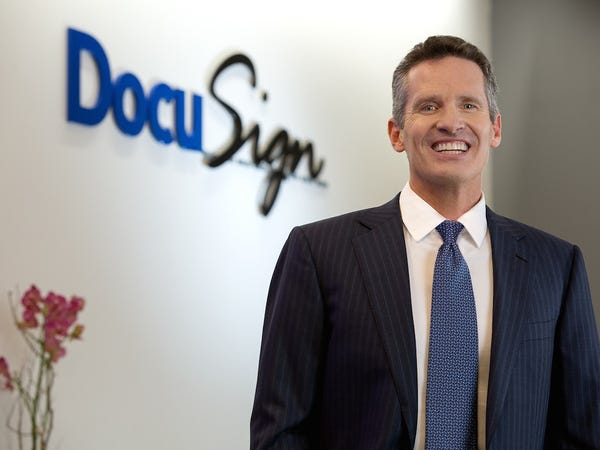 It's one of the companies Morningstar analyst Dan Romanoff says Microsoft could acquire and add to existing businesses such as Microsoft 365 suite of business software applications, Azure cloud computing business, or Dynamics customer relationship management software.

But the price to acquire DocuSign would be steep and likely more than Microsoft wants to spend on acquisition of this kind. Romanoff expects Microsoft will mostly do deals for less than $1 billion. 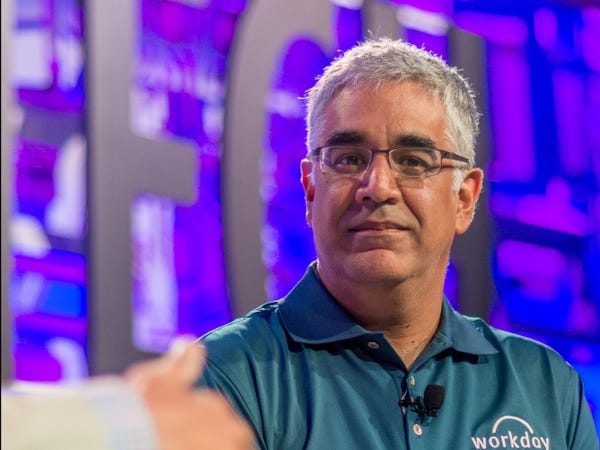 Market cap at the time of this writing: $42.55 billion

Buying Workday would "provide [Microsoft] entry into what we believe is going to be the most durable cloud growth market outside of the public cloud," which it said is cloud enterprise resource planning.

Analysts at Piper Sandler agreed earlier this year that Workday could be a potential acquisition market as Microsoft only has less than 5% of the so-called "human capital management" market that Workday is in.

RBC analyst Alex Zukin confirmed the firm still believes Workday is a potential Microsoft acquisition target as of August, but Piper Sandler did not respond to a request about whether its analysts still see the potential for a deal happening between the companies. 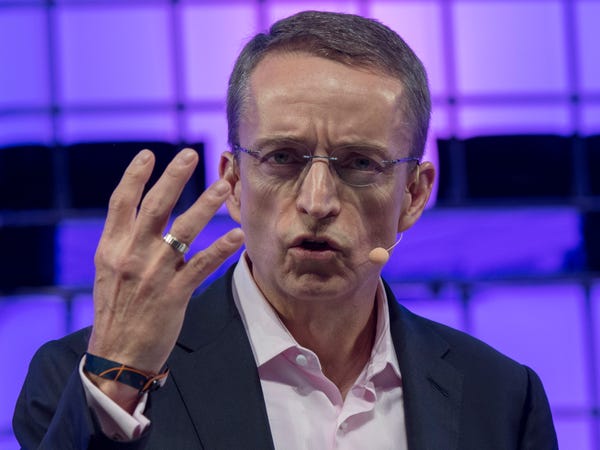 Market cap at the time of this writing: $60.49 billion

Dell is considering "a potential spin-off of its 81% ownership" of VMware, the software giant it bought in 2015 through a merger with EMC.

"With hybrid cloud being hot and VMware being one of the most utilized software suites to bridge on-prem and cloud, this could be a game changer for Azure and its hybrid cloud ambitions," Newman told Business Insider.

VMware could be valued as much as $100 billion in a potential acquisition, Newman said, so "there won't be a lot of suitors."

The future of VMware is a hot topic, with Business Insider's Ben Pimentel reporting that it could be a good fit for Amazon, IBM, Oracle, or Google, too.

Best News:
Markets News:
Watch Ring's indoor drone prototype patrol a house
BTS perform 'Tiny Desk' concert from Korea
In South Africa, Even Skilled Workers Seek Jobs on the Street
Asia-Pacific markets edge higher; China's industrial profits rise in August
Final Jobs Report Before U.S. Election in Store: Eco Week Ahead
Recent News:
This website uses cookies to improve your user experience and to provide you with advertisements that are relevant to your interests. By continuing to browse the site you are agreeing to our use of cookies.Ok