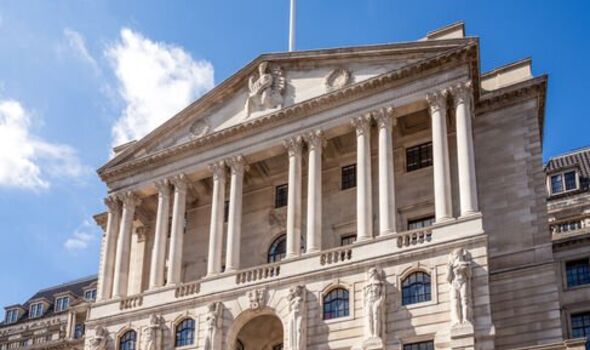 A poll of finance bosses at more than 2,500 companies by the Bank of England confirmed they are passing on a record jump in prices, while trying to cope with widespread worker shortages.

Those asked said they expect to raise prices by an average 6.5 percent in the year ahead, adding to inflationary pressure across the economy.

Nearly two-thirds reported uncertainty for their business was “high” or “very high”.

Meanwhile, production at factories is falling for the first time since workers had to down tools in the early days of the pandemic.

An index from S&P Global and the Chartered Institute of Procurement and Supply (CIPS) which measures output, gave a reading of 47.3 in August, down from 52.1 in July.

John Glen, chief economist at the CIPS, said: “The inflationary clouds that have been building over the UK manufacturing industry have finally burst.”

It came as the British Chambers of Commerce urged the new Prime Minister, after he or she is confirmed, to act fast after predicting a UK recession by the end of this year.

The BCC predicts inflation will peak at 14 percent, but others forecast it could jump much higher on the back of soaring energy bills.

Alex Veitch, director of policy at the BCC, said: “The extreme inflationary pressures already present are only likely to increase as we head towards Christmas; with the UK economy already thought to be in recession. Tackling these pressures must be at the top of the new Prime Minister’s inbox.”

Yet the UK is not alone. Global factory activity slumped in August as Russia’s war in Ukraine and China’s zero Covid-19 curbs continued to hurt businesses.

And manufacturing activity across the eurozone shrank for a second month in August, according to a survey yesterday.

The pound suffered its sharpest monthly fall against the dollar since the 2016 Brexit vote – by 4.5 percent in August to below $1.16 yesterday.