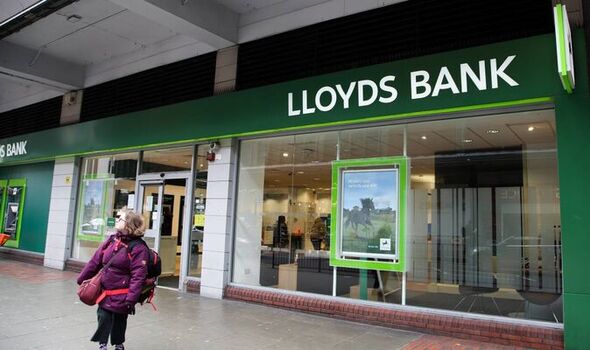 Speaking at its first-quarter results, chief financial officer William Chalmers said that Britons are already feeling the squeeze on their finances.

More than a million of Lloyds’ customers have cancelled subscriptions, such as streaming TV and gyms memberships, as they spend more of their take-home pay on food and energy bills.

According to the banking giant’s projections, the economy will suffer due to inflation’s crushing grip on households and businesses.

It predicts that consumer price index inflation, currently at seven per cent, will hit 8.3 per cent in the fourth quarter.

Most forecasts, including those of the Bank of England, had inflation peaking in the second quarter before drifting down.

Lloyds also forecasts that UK gross domestic product growth will collapse, from 0.8 per cent in the first quarter to zero in the second, before eking out 0.2 per cent growth in the third and fourth quarters. The Office for National

Statistics will release its initial estimate of first-quarter economic output next month. However GDP grew 0.8 per cent in January before collapsing to 0.1 per cent in February.

Lloyds has reacted by starting to contact customers that it believes are or could be at risk.

Chief executive Charlie Nunn said: “Whilst we are seeing continued recovery from the coronavirus pandemic, the outlook for the UK economy remains uncertain, particularly with regards to the persistency and impact of higher inflation.

Lloyds Bank “We are proactively contacting customers where we feel they may need assistance and will continue to help with financial health checks and other means of support. We encourage customers, where affected, to get advice early and talk to us.”

Lloyds’ first quarter pre-tax profits fell 14 per cent during the first three months of the year to £1.6billion, even though its net income or revenues rose 12 per cent to £4.1billion.