Companies from Unilever to Proctor & Gamble, Nestlé, Coca-Cola and PepsiCo have all alluded to lockdown challenges in India and the globe as well as the impact it will have on April-June as well as full-year numbers. 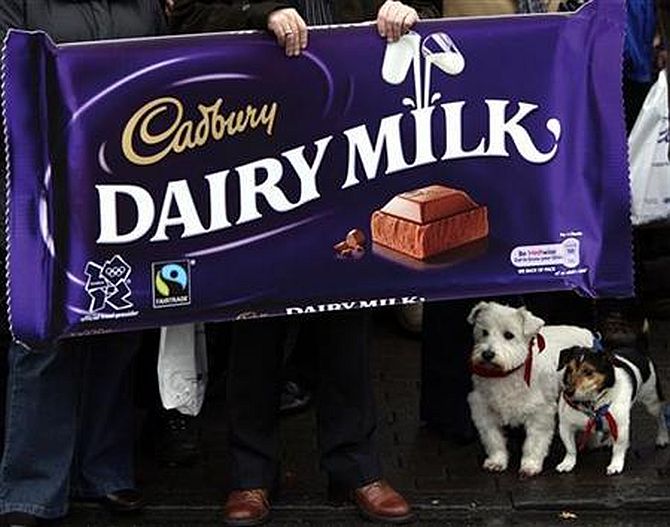 Confectionary major Mondelez, owner of the Cadbury brand, on Wednesday said the nationwide lockdown has taken a toll on the firm, the country’s largest chocolate maker.

Mondelez joins a slew of global firms that have indicated a dent in their business due to the curbs.

In an investor call, Dirk Van de Put, Mondelez’s global chairman and chief executive officer (CEO) said the firm went “absolutely blank” in the first phase of the lockdown, which began on March 25, with close to “zero sales” during the period.

“When the original lockdown was announced, it was impossible to get people into these units given the fact that we have multiple plants.

“And, to have people from the distribution centres to be able to supply to the distributors, it was impossible to even get trucks,” he said.

While the situation was improving day by day, the magnitude of the problem has been severe, he said.

“The trade is absolutely empty. It can go back to normalcy, but it will take some time,” said Van de Put about the Indian market.

Companies from Unilever to Proctor & Gamble, Nestlé, Coca-Cola and PepsiCo have all alluded to lockdown challenges in India and the globe as well as the impact it will have on April-June as well as full-year numbers.

On Thursday, Unilever withdrew its 2020 growth and margin guidance amid the coronavirus pandemic, the second time in five months the company had flagged growth concerns.

In an earnings’ call, Alan Jope, CEO, Unilever, said, India had come to a “complete standstill” in the last week of March following the lockdown, impacting its business significantly.

“India is a big deal for us. While we are back up manufacturing and selling in India, not at full strength, but at good strength, we are still unable to operate business completely there.

“And though we will come out of this with an enhanced competitiveness, things will get difficult in Q2 (April-June) before they get easier,” he said.

Unilever’s Indian subsidiary Hindustan Unilever will report its January-March numbers on Thursday, with analysts expecting a 2-4 per cent decline in sales and volume growth for the period.

This will be on account of the nationwide lockdown and subsequent supply chain disruption in March.

Mark Schneider, CEO, Nestlé SA, meanwhile, was circumspect about the firm’s performance in April-June, declining to give an outlook for the period.

Nestlé had reported its highest sales growth in five years for the March quarter on Friday, led by consumers stockpiling food and groceries in the wake of shutdowns across the globe.

“It is important not to get carried away by the strong organic growth in January-March as the situation remains highly volatile, with significant ups and downs across categories and regions,” Schneider said.

James Quincey, chairman and CEO, The Coca-Cola Company, said the severity of social distancing measures in India had negatively impacted consumption in the market, since there was “significant reduction in shopping trips” in end of March and April.

A Coca-Cola India spokesperson, in response to a mail, said that the company was operating its manufacturing facilities in a “very small number” in compliance with the local government regulation.

In calendar year 2019, Coca-Cola India had emerged the fifth-largest market for the global beverage maker, reporting one billion in full-year unit sales.

Ramon Laguarta, chairman and CEO, PepsiCo Inc, on the other hand, said that uncertainties remained on how countries would go back to normal once the lockdown was lifted.

“We don’t think it’s going to be a straight line once people go back to moving around.

“It’s going to be restricted mobility, I think, and with potential second waves in some particular markets. That’s why we’re staying cautious,” said Laguarta in an investor call on Tuesday, adding food sales would be better than beverage sales in the second quarter.