The state of Maine and a fishing group are appealing a federal judge's decision that new rules intended to protect endangered whales must stand.

The judge earlier this month denied a request from fishermen to stop federal regulators from placing the new restrictions on lobster fishing. The rules are intended to protect North Atlantic right whales, which number less than 340.

Maine Gov. Janet Mills and the Maine Lobstermen's Association said this week they're appealing that decision. Lobstermen have long contended the new rules are based on flawed data and are too punitive to the fishing industry.

The fishermen sued the National Marine Fisheries Service in its lawsuit. The fishing group is "escalating its fight to save Maine’s lobstering heritage from a plan that the agency itself admits is not needed for the species to survive," said Patrice McCarron, executive director of the lobstermen's association. 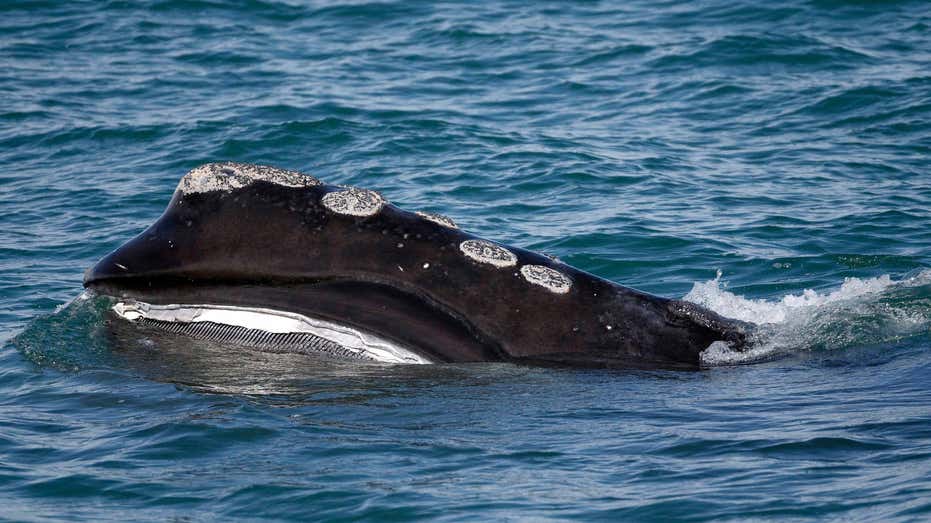 The whales are vulnerable to entanglement in fishing gear and have been listed as endangered since 1970. In recent years, the baleen whales’ population has declined even further, with the latest data estimating there are fewer than 100 breeding females in the wild, according to the National Oceanic and Atmospheric Administration.

The state and the fishermen have appealed their case to the U.S. Court of Appeals for the District of Columbia Circuit. Environmentalist groups who have advocated for stricter fishing rules to protect the whales cheered the lower court's decision.

The U.S. lobster industry is based primarily in Maine and is one of the most lucrative fishing businesses in the country. Maine lobster were worth more than $700 million at the docks last year.

Mills described the federal court ruling as a "wrong and out-of-touch court decision that jeopardizes the livelihoods of thousands of Maine families."