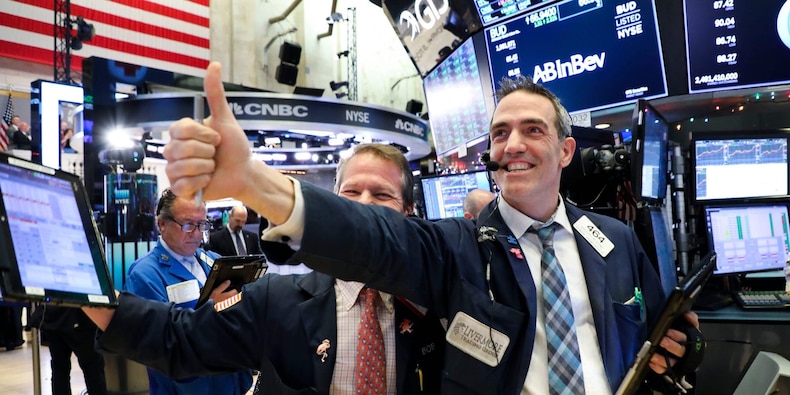 High-growth tech stocks have been extra volatile as movements in bond yields continued to have an outsized influence on the sector.

Interest rates fell on Tuesday, helping boost demand for growth stocks, with the 10-Year US Treasury Note falling to 1.54% from a high on Monday of 1.59%.

Here's where US indexes stood at the 4:00 p.m. ET close on Tuesday:

Read more: The investing chief of a SPAC-focused ETF breaks down the strategy he's 'aggressively' using to take advantage of the downturn in blank-check companies

Ark Invest's Cathie Wood is sticking with her strategy of investing in high-growth technology names that are primed for long-term disruptive innovation, according to a Monday afternoon interview with CNBC. Wood said she is even more confident on her top holding, Tesla, following the recent decline and also sees more upside ahead for bitcoin.

Despite Wood's conviction, investors are betting against her. Over the past month, the number of shares shorted in the ARK Innovation ETF jumped 195%.

Analysts from JPMorgan think investors should stick with the reopening trade and favor value and cyclical stocks over growth and technology stocks, according to a Monday note.

Coinbase, which is set to go public via a direct listing later this month, saw its valuation hit $90 billion in the last private market auction before the listing.

GameStop continued to rally on Tuesday, surging above $200 for the first time since its epic January short-squeeze following Monday's announcement of activist investor Ryan Cohen leading a committee to transition the video game retailer into an e-commerce company.

Beyond Meat climbed 5% after it said it will broaden its product offerings at Walmart. The stock has pared its late February gains since it announced that it would work with McDonald's on its meatless burger offering.