US oil futures were down below $0 a barrel on Monday, reaching the worst level since NYMEX opened oil futures trading in 1983. The price collapsed to -$2, a drop of more than 105 percent. At one point, oil fell to $-40.32 a barrel.

The price of May contracts has virtually wiped out all value, breaking every record low for oil prices since 1946.

Buyers in Texas had been offering as little as $2 a barrel for some oil streams. 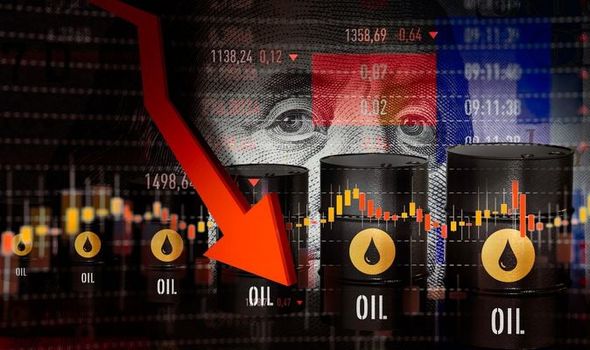 Why has oil price dropped? What has happened to share prices?

North America’s oil producers have run out of space to store oil, with an unprecedented supply of crude.

This is due to the coronavirus crisis, with fewer cars, planes, and factories running.

The cut has lead to oil producers having to pay buyers to take the overflowing stocks of oil which they have run out of space to store.

In the US and elsewhere, oil-producing businesses have made commercial decisions to cut output.

But still, the world has more crude oil than it can use.

US storage facilities are now struggling to cope with the glut of oil, weakening prices further.

Speaking on CNBC, Jeff Currie from Goldman Sachs said there was a “tsunami of oil moving through the global distribution system” due to a “demand shock” in the industry. 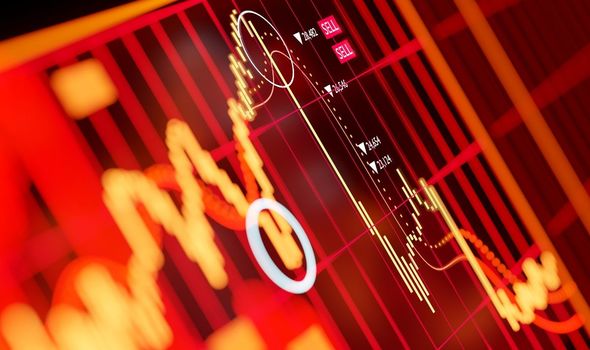 Explaining further, Mr Currie said: “To give an idea of how big this tsunami is, if you think of oil demand before this started it was running about 100 million barrels per day.

“It has now dropped down to somewhere around 75 million barrels per day.

Mr Currie added: “What you’re left with is this surplus that’s moving through the system.”

Plunging crude prices pulled global equity markets lower and investors moved to the safety of US Treasury securities, pushing yields slightly lower as any risk of near term inflation all but evaporated with the price of spot oil cheaper than free.

Kevin Flanagan, head of fixed income strategy for Wisdomtree Asset Management, New York said: “What the energy market is telling you is that demand isn’t coming back any time soon, and there’s a supply glut.

“Ordinarily you’d be looking at oil as an inflation indicator, but then it turned into an economic-activity indicator.

“This price decline can be good if it means more people going to the pump, but that requires people getting out.”