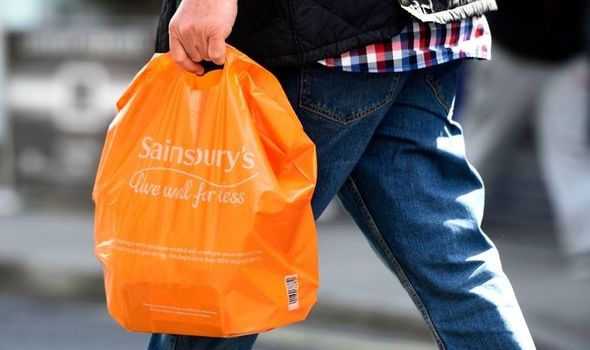 Its total third-quarter sales – which includes the key Christmas period – were down 5.3 per cent on the same period in 2020. But Roberts called it a strong result, given the “exceptional” figures posted back then thanks to the boost given by the second lockdown.

Sainsbury’s third-quarter 2021 sales were 1.3 per cent ahead of pre-Covid levels.As a result, it raised its profits forecast for the 12 months to March from £660million to at least £720million.

The supermarket giant cut prices during its third quarter and will now match Aldi on 150 of its biggest selling fresh foods while holding down prices on more than 2,000 lines.

Roberts said that competitive pricing will be a key battleground between the supermarkets as household finances are squeezed by the rising cost of living.

He said: “Offering great value will be more important than ever this year.

“Delivering great value for customers is at the heart of our strategy and we’ve sharpened our price positioning against our key competitors.”

At its second-half trading update, JD said that revenues for the 22 weeks until January 1 were 10 per cent higher than for the same period the previous year, despite the supply chain problems that have hit its suppliers.

As a result, it says that it now expects its full-year profits to come in at £875million, instead of the £810million consensus forecast.

Dunelm said that it had a strong second quarter, October to December, with sales up 13 per cent on the previous year to £407million.

That is 26 per cent higher than prepandemic levels.

Given its strong first-half trading, chief executive Nick Wilkinson said that Dunelm now expects its full-year profits to be “materially ahead of market expectations”.