Governors of the Bank of England do not apologise often, even for events that took place in their last job, but the London Capital & Finance scandal is shocking. It is probably the worst case of financial regulatory failure since the banking crisis more than a decade ago.

And it happened on the watch of Andrew Bailey, the chief executive of the Financial Conduct Authority from 2016 until March this year, when he switched to Threadneedle Street. Yes, Thursday’s personal apology was necessary.

More than 11,600 individuals who invested £236m lost three-quarters of their savings after being enticed by wild promises of fat but safe returns that a competent regulatory body would have banned the moment it spotted them. Instead, the shambles rolled on for three years until the FCA finally acted in December 2018.

Dame Elizabeth Gloster’s report for the Treasury was a scorcher. The FCA “did not effectively supervise and regulate” LC&F. The regulator did not appreciate “the significance of an ever-growing number of red flags, which were indicative of serious irregularities”. Investors “were entitled to expect, and receive, more protection”.

Gloster gave short shrift to the idea that the FCA was somehow handicapped because LC&F, though authorised by the regulator, conducted its wheeze in the non-regulated world of minibonds. The problem, says the report, was the FCA’s “flawed approach” at the perimeter of regulatory boundaries. She pinned responsibility for the perimeter failure on the executive committee and Bailey as chief executive.

She was also “disappointed” by attempts, including from Bailey, to delete references to responsibility resting with identified FCA officials. “It is difficult to see why individuals’ willingness to take on challenging tasks in public bodies should absolve them from accountability,” says the report. Quite.

For all that, three factors will probably prevent Bailey’s position at the Bank coming under serious pressure. First, Gloster’s report also makes clear that Bailey inherited a shambolic setup at the FCA in 2016. That is an important point: he did improve the place.

Second, the pong from LC&F’s collapse was already strong when Bailey was named governor a year ago; Sajid Javid was chancellor at the time but everybody knew Gloster’s report might be as damning as it has turned out to be. Third, the governor hasn’t obviously put a foot wrong at the Bank during the pandemic.

One cannot guarantee, though, that Bailey is safe. Against expectations, this 500-page report is commendably strong. The fallout will not be a one-day affair. 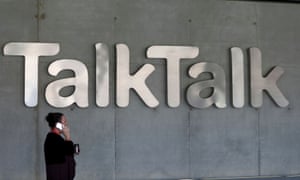 Stock markets have had a rip-roaring time since Pfizer and BioNTech came up with vaccine goods in early November. Instead of sitting sub-6000, the FTSE 100 is at 6550, and the FTSE 250 index, with a heavier weighting of domestic UK stocks, has done even better. But have the independent directors of TalkTalk noticed this big shift in valuations?

It’s a relevant question because they’ve just agreed to recommend a take-private offer at 97p a share from Toscafund, the company’s second largest shareholder, which now has TalkTalk’s executive chairman and 29% owner, Sir Charles Dunstone, in tow.

The 97p price, or £1.1bn, is exactly the same as indicated by the bidder in its approach on 7 October and, even at the time, it looked light. The takeover premium was 16% to the share price the previous day. More than two months later, the offer seems plain mean.

It’s hard to compare TalkTalk with other telecom stocks since the company occupies a unique position at the bargain end of the market but BT’s share price, for example, has improved by a third since 7 October. TalkTalk, one can speculate, might have got close to 97p under its own steam by now.

Was the independent directors’ negotiating hand really so awful? Well, the formal documentation was stuffed with commercial reasons to capitulate. A rough summary: the stock market hates us, we can’t raise the funds to invest in the fast-fibre revolution, so we’re better off private. And, up to a point, one might agree.

But the price of surrender matters and 97p feels miserable. TalkTalk, remember, turned down 135p from Toscafund only a year ago.

Half of TalkTalk directors were offside in an independence sense and so couldn’t opine on the fairness of the offer. Aside from Dunstone, four people are joining the Tosca crew: his old mate, Roger Taylor; TalkTalk’s chief executive, Tristia Harrison; its deputy chairman, John Gildersleeve and the company secretary, Timothy Morris. Collectively they are referred to as “the rollover management shareholders”.

TalkTalk’s minority shareholders may indeed feel they have been rolled over.