With increased consumer awareness and government support in place, it is the opportune time to enter the electric passenger vehicle segment, Mahindra Group chairman Anand Mahindra said on Monday. 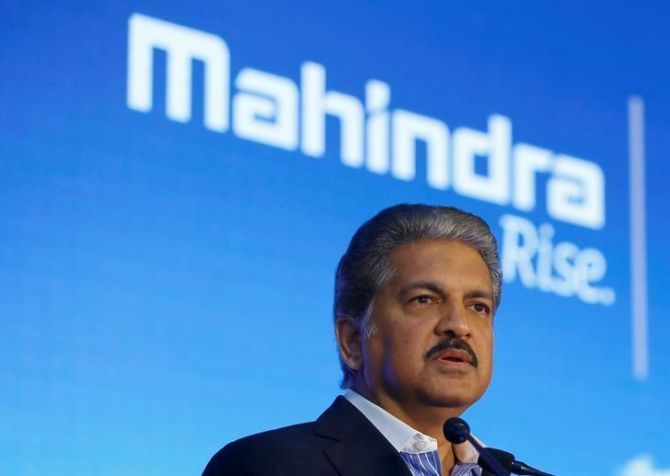 With an eye on gaining leadership in the electric four-wheeler segment, the Indian auto major announced that it will launch five new electric Sports Utility Vehicles (SUVs) for both domestic and international markets, with the first four expected to hit the road between 2024 and 2026.

The company would introduce the first of the five e-SUVs towards the end of 2024, starting with the Indian market.

Mahindra currently does not have a presence in the electric passenger segment.

It however is the leading player in the domestic electric three-wheeler space with over 70 per cent market share.

“Today with government support, rapid lowering of the cost of ownership and increased consumer awareness of environmental awareness issues, we believe that the time is ripe and right for us to enter the four-wheeler markets with our range of battery electric vehicles,” Mahindra stated in London.

He noted that the five electric SUVs were the “cornerstone of company’s global ambitions”.

Mahindra noted that British International Investment (BII) has already committed to invest up to $250 million in the company’s electric vehicle venture.

As per an agreement between the two partners, new electric vehicle company EV Co is envisaged to have a total capital infusion of around $1 billion between FY24 and FY27 for planned product portfolio.

M&M had stated that BII’s investment is designed to significantly accelerate the availability and adoption of electric vehicles in India and other markets served by the automaker.

The automaker said the five electric SUV models would be introduced under two brands — XUV and the all-new electric-only brand called BE.

Legacy brands will come under XUV brand while the all new electric model would be rolled out under the BE lineage.

Mahindra also showcased its new INGLO platform that will underpin all the Mahindra EVs going forward.

In FY22, the automaker sold a total of around 2.25 lakh SUVs in the domestic market.

“We aim to not only electrify the roads but also the hearts and minds of SUV aficionados in India and around the world,” he added.

The automaker on Monday also formally inaugurated its new design centre Mahindra Advanced Design Europe (M.A.D.E), which will serve as the conceptual hotbed for the company’s portfolio of EV products.

In the domestic electric vehicle segment, currently it is the Tata Motors which leads the space with its Nexon EV.

Other models in the mainstream EV space include Hyundai Kona and MG ZS.