President Biden is planning the first major federal tax hike in decades to fund his sweeping, multitrillion-dollar infrastructure bill, a policy move that could extinguish any hope Democrats have of maintaining their governing trifecta in the 2022 midterm elections, according to some experts.

Biden unveiled the first part of his infrastructure package — dubbed the American Jobs Plan — on Wednesday, laying out a $2.25 trillion, eight-year spending plan funded by raising the corporate tax rate to 28% from 21% and increasing the global minimum tax on U.S. corporations to 21% from 13%, along with several other changes.

The president is also planning a second major proposal, which could cost upward of $1 trillion, that he will unveil in April. That measure, which is expected to focus on domestic issues like expanding health care, extending the child tax credit and offering paid family leave, will likely be funded by tax increases on wealthy Americans.

Combined, the Biden administration could propose as much as $3 trillion in tax increases and $4 trillion in new spending, according to The Washington Post.

"Politically, this could be devastating," Doug Schoen, a Democratic strategist who has served as an adviser to President Bill Clinton and Mike Bloomberg, told FOX Business. "Bill Clinton in 1994 was the last president to propose the quote 'biggest tax increase' in history. It resulted in a historic loss in the Senate."

Given Democrats' razor-thin margins in both the House and the Senate, the party can stand to lose just a handful of seats, or risk ceding control to Republicans. According to the Cook Political Report’s initial analysis of 2022 Senate elections, six seats (two of which are held by Democrats, and three of which are open) look competitive. 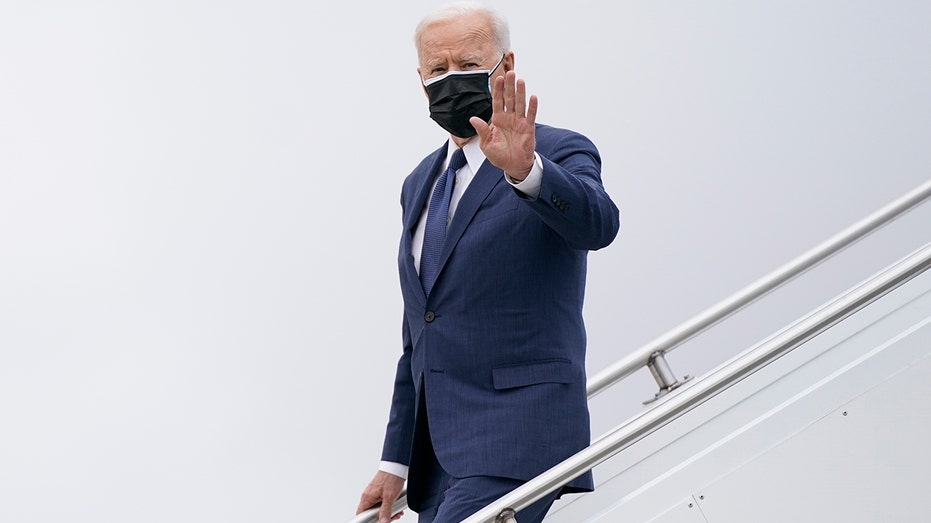 "This tax increase, if it goes through in the way that Biden has proposed it, could well spell disaster for the Democrats in the midterms," Schoen said.

The Biden administration's planned spending spree comes as the U.S. attempts to recover from the recession triggered one year ago by the coronavirus pandemic. Although more Americans are being vaccinated against COVID-19, allowing states and governments to rollback some business restrictions, the economy remains a long way from healthy.

By raising taxes on corporations and wealthy Americans, the president could threaten slowing, or derailing, the economy's recovery, according to John Kartch, vice president of communications at Americans for Tax Reform.

"We are of course attempting to dig out of a pandemic," Kartch told FOX Business. "And what Biden is calling for is going to hurt jobs, it’s going to make the United States uncompetitive internationally and it’s going to raise costs."

Kartch pointed to evidence that hiking taxes on corporations tends to adversely hurt workers in the form of lower wages. One study published by the American Enterprise Institute, a conservative think tank, found that a 1% increase in the corporate tax rate is correlated with a 0.5% decline in real wages. And in 2007, the nonpartisan Congressional Budget Office determined that workers pay more than 70% of the cost of corporate taxes.

"This is just the worst possible time they could be doing this," he said. "This is going to be a tough vote."

The administration faces an enormous challenge in getting Congress to pass the two-pronged infrastructure package, which will serve as the basis of Biden's "Build Back Better" plan, an ambitious proposal that aims to address climate change, rebuild the nation's crumbling roads and bridges, restore domestic manufacturing and transform child care.

Republicans have already started to attack the White House's proposal, with Senate Majority Leader Mitch McConnell on Wednesday skewering it as a "trojan horse" for major tax hikes. At the same time, a group of moderate Democrats have signaled they will not support the bill — imperiling its passage — unless their party agrees to restore unlimited write-offs of state and local taxes, or SALT.

Repealing the $10,000 limit, however, would require Democrats to vote for something that's widely viewed as a tax cut for the wealthy in blue states like New Jersey and New York.

"I just think substantively, politically and legislatively, the way Biden is approaching it could well be fraught with peril for himself and the country," Schoen said. "I would urge he and his colleagues in the House and the Senate to pursue a bipartisan course of action before acting unilaterally."