Cree, Inc. (CREE) shares rose about 2% during Wednesday's session after Citi upgraded the stock to Buy and raised its price target to $160 – a 35% premium to the current market price.

Citi analyst Amanda Scarnati predicts that President Biden will detail a plan to invest $400 billion in clean energy during his inaugural State of the Union address. Restoring EV tax credits, installing a nationwide network of EV chargers, and improving battery technologies should outweigh near-term concerns over Cree's commercialization and competition. 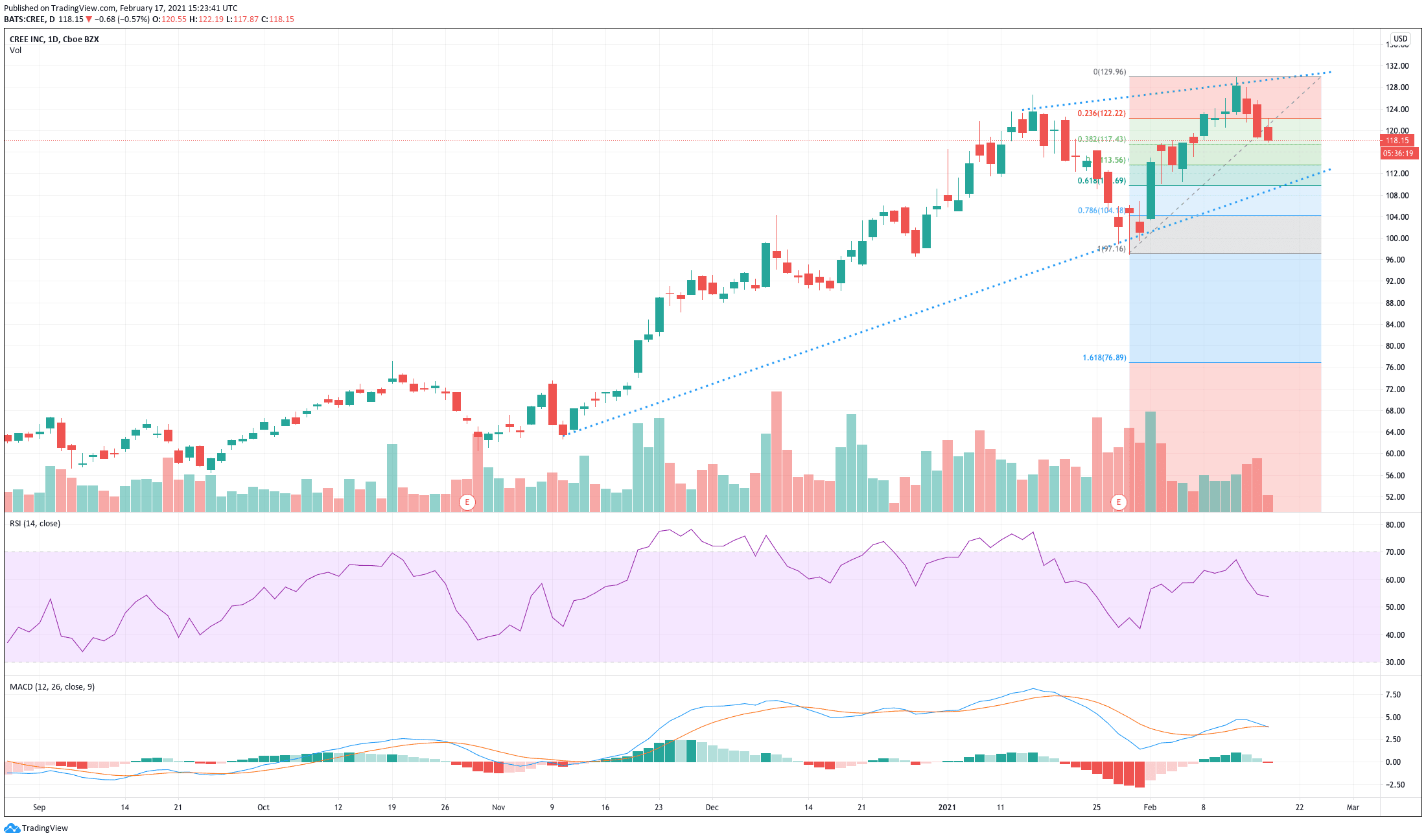 From a technical standpoint, Cree stock briefly recouped some of its losses from earlier this week. The relative strength index (RSI) appears neutral with a reading of 55.23, but the MACD appears on the verge of a bearish crossover. These indicators suggest that the stock is still at risk of resuming its downtrend.

A qualified electric vehicle credit can be found via Internal Revenue Code Section 30D. To receive the credit, the vehicles must be acquired for use or lease; the credit is not available for resale. In addition, the original use of the vehicle must begin with the taxpayer who uses the vehicle predominantly in the United States.

Cree shares opened higher during Wednesday's session after Citi upgraded the stock to Buy and raised its price target to $160 per share. Analyst Amanda Scarnati believes that upcoming catalysts could propel the EV sector higher and outweigh near-term investor concerns, although the MACD remains at tenuous levels that could point to a resumption of the stock's downtrend.

The author holds no position in the stock(s) mentioned except through passively managed index funds.