Fed not equipped to get inflation under control: Market analyst

Most Federal Reserve officials agreed at their gathering earlier this month that they may need to raise interest rates more rapidly than the market anticipates at coming meetings in order to tame the hottest inflation in four decades.

Minutes from the U.S. central bank's May 3-4 meeting released on Wednesday show that policymakers stressed the need to raise interest rates quickly in order to bring consumer prices closer to their 2% goal. Officials voted unanimously to raise the benchmark federal fund rate by 50 basis points earlier this month, and agreed that similarly sized hikes are on the table at upcoming meetings in June and July.

HOW THE FEDERAL RESERVE MISSED THE MARK ON SURGING INFLATION

"Most participants judged that 50 basis point increases in the target range would likely be appropriate at the next couple of meetings," the minutes said. "Many participants judged that expediting the removal of policy accommodation would leave the committee well positioned later this year to assess the effects of policy firming and the extent to which economic developments warranted policy adjustments."

On top of that, policymakers said that monetary policy may need to move past a "neutral" stance — meaning it does not restrict or accommodate economic growth — and that officials could need to adopt a more "restrictive" stance as they race to catch-up with inflation.

Fed officials "judged that it was important to move expeditiously to a more neutral monetary policy stance," according to the minutes. "They also noted that a restrictive stance of policy may well become appropriate depending on the evolving economic outlook and the risks to the outlook."

WHAT IS STAGFLATION? WHY ECONOMISTS ARE WORRYING ABOUT A 1970S-STYLE CATASTROPHE

The meeting earlier this month also saw officials approve plans to start reducing the Fed's massive $9 trillion balance sheet, which nearly doubled in size during the pandemic as the central bank bought mortgage-backed securities and other Treasury securities to keep borrowing cheap. Officials indicated they will begin winding down the balance sheet on June 1 at an initial combined monthly pace of $47.5 billion, a move that will further tighten credit for U.S. households. It will increase the run-off rate to $95 billion over three months.

Collectively, the steps mark the most aggressive tightening of monetary policy in decades as the Fed battles inflation, which remained near a 40-year high in April, underscoring how strong inflationary pressures in the economy still are. 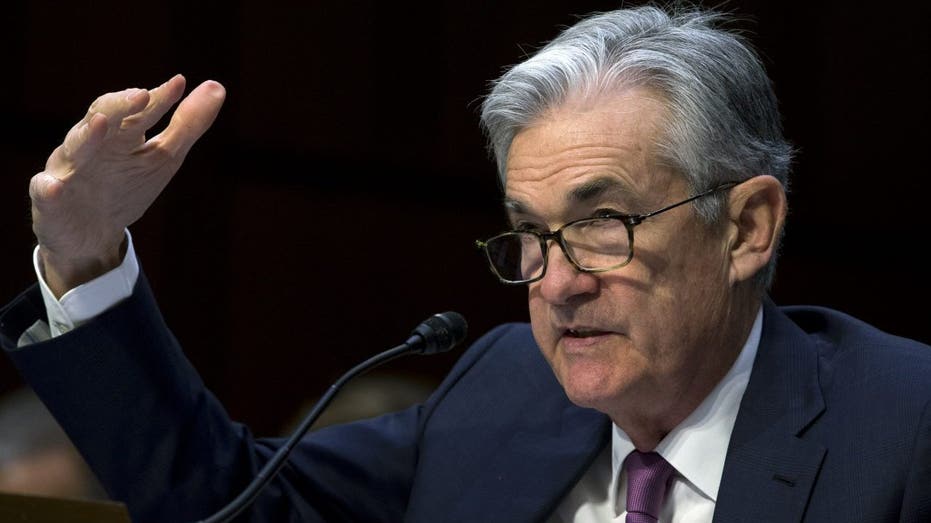 The question now is whether the Fed can successfully engineer the elusive soft landing — the sweet spot between tamping down demand to cool inflation without sending the economy into a downturn. Hiking interest rates tends to create higher rates on consumer and business loans, which slows the economy by forcing employers to cut back on spending.

There are growing fears on Wall Street that central bank policymakers will trigger a recession: Bank of America, Fannie and Deutsche Bank are among the firms forecasting a recession within the next two years. Recession fears have ratted markets in recent weeks, causing the S&P to briefly dip into bear-market territory last Friday.

Chairman Jerome Powell acknowledged after the May meeting there could be some "pain associated" with reducing inflation and curbing demand, but warned the bigger threat is entrenched inflation and pushed back against concerns of a looming downturn.

"It’s a strong economy," he said. "Nothing about it suggests it’s close to or vulnerable to a recession."