A weekend announcement that Brazil and Argentina are not just seriously contemplating a common currency but starting preparatory work on one raised eyebrows and provoked more than a few guffaws around the world.

In a guest column in an Argentinean newspaper by Brazil’s Lula Inacio da Silva and Argentina’s Albert Fernandez, the presidents of South America’s two largest economies said they had decided to advance discussions on a common South American currency that “can be used for both financial and commercial flows, reducing operational costs and our external vulnerability”. 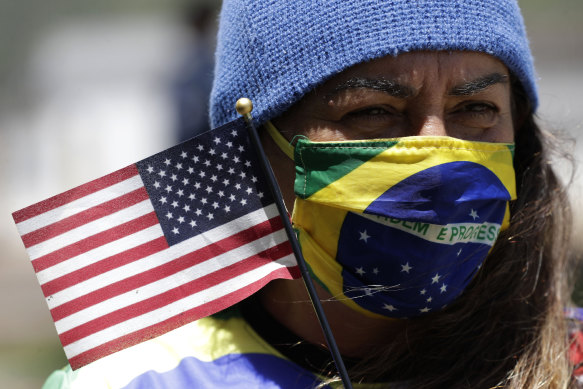 One of the driving forces behind the idea is to reduce the reliance of South American economies on the US dollar.Credit:AP

The immediate assumption was that they were contemplating something similar to the eurozone but it quickly emerged that, initially at least, the proposal envisages something far more modest than a full-blown currency union.

If it goes ahead the “sur” (which translates to “south”) would initially be used for trade and financial transactions between the two economies, which would retain their own currencies, Brazil’s real and Argentina’s peso.

That they have something more ambitious in mind in the longer term, however, was clear from the references to the potential for other Latin American countries to also adopt the sur for regional trade and because part of the stated rationale for pursuing the concept is to reduce the countries’ reliance on US dollars.

It has been a particular challenge for Argentina, which has meagre foreign exchange reserves and which has been largely shut out of international debt markets by its history of defaults and crises.

The weaponisation of the dollar in response to Russia’s invasion of Ukraine has also unsettled countries reliant on the dollar for trade.

The dollar is used on about half the world’s trade, about half global debt is denominated in US dollars and about 90 per cent of all foreign exchange transactions involve the dollar. Denial of access to the dollarised system – as Russia was when it was booted from the SWIFT global financial messaging system – underwrites America’s power to impose financial sanctions. 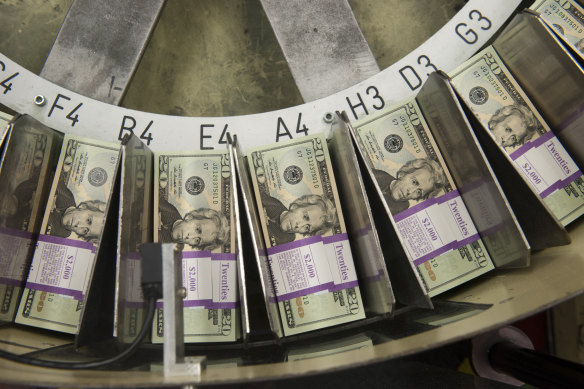 The strength of the US dollar poses many problems for smaller economies around the world. Credit:Getty

Russia and China are now trading directly in their own currencies, China is trying to promote internationalisation of the yuan and even the Saudis have said they are open to trading in currencies other than the dollar after nearly half a century of pricing oil exclusively in dollars.

While it might make sense in principle for South American economies to look to trade in their local currencies, reducing their exposure and economic and political vulnerabilities to the dollar, the practical obstacles to even a modest form of currency union appear overwhelming.

Brazil and Argentina have looked at the concept of a currency union before, with discussions as far back as the 1980s about a shared currency for trade called the “gaucho”.

The key hurdle to even a limited form of a currency union is the disparity between the two economies and their monetary policies.

Brazil, with a $US2 trillion ($2.8 trillion) economy, is the strongest of the Latin American countries. It has an independent central bank and has, despite severe currency depreciation since the onset of the pandemic, an inflation rate of less than 6 per cent.

Argentina, with an economy half the size, has been an economic basket case for decades. It’s defaulted on its debts nine times in its history, most recently in 2001, and was bailed out by the International Monetary Fund (to whom it still owned more than $US40 billion) as recently as 2018.

Its central bank isn’t independent of government and essentially just prints money. Argentina’s inflation rate is likely to hit 100 per cent this year. That wouldn’t be a record – it hit 3000 per cent in the 1990s.

Argentina has few foreign exchange reserves, which is probably a large part of the explanation for why Brazil is interested in the common currency project. Forced to ration the use of its reserves by imposing capital controls, Argentina can’t deploy them to support trade, limiting the opportunities for Brazilian exports to its biggest South American trade partner.

That would suggest that, even in a very limited currency union (and it is unclear why exporters from either country would want to accept surs rather than US dollars when most of their imports are sourced from outside Latin America) Brazil and its monetary policies would dominate.

The presidents have hinted that, in the long term, they dream of something closer to a regional currency bloc similar to the eurozone. 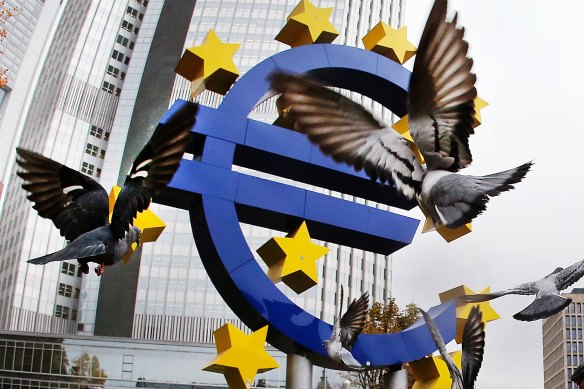 It hasn’t been smooth sailing for the euro.Credit:AP

It took decades of converging trade policies, a decade of preparation for the launch of the euro and three years where the euro was an “invisible” currency, used for accounting and electronic payments rather than a widespread medium of exchange, before the eurozone went live.

Even then, the history of that bloc has highlighted its vulnerabilities. Without near-identical fiscal and monetary policies, fissures have emerged in the eurozone, with Germany and the other stronger northern European economies being forced to bail out and prop up the weaker and less fiscally disciplined economies of southern Europe such as Greece and Italy.

With even more divergent economies in Latin America and less global clout – between them Brazil and Argentina account for perhaps 3 per cent of global GDP and all of Latin America about 6 per cent, compared with the eurozone’s 14 per cent – even if the presidents’ long-term vision were realised it wouldn’t have a material impact on the world economic order.

The mechanics of the far more limited version of a currency union the countries are contemplating haven’t been spelt out and it could take years to develop them.

There have been suggestions that the sur could be constructed as something akin to a stable coin or the “special drawing rights” used by the IMF, creating a digital currency whose value would be established and supported by a basket of commodities and currencies.

A currency union between Brazil and Argentina that might eventually be extended to other South American economies is an interesting idea. Without massive structural reforms to their economies, particularly Argentina’s, however, it appears more wishful thinking than something capable of being realised.