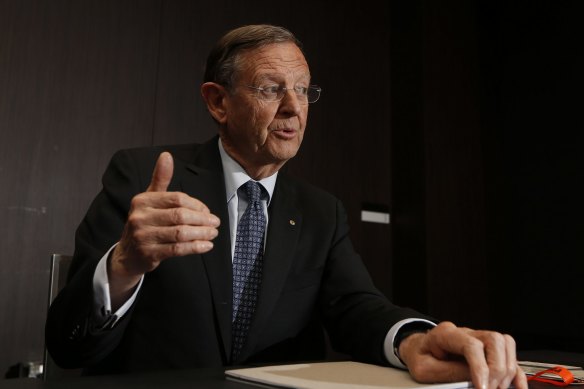 There are few businessmen left who attended the Hawke government’s groundbreaking National Economic Summit Conference, which brought together union and business leaders, and helped drive long-term economic and industrial relations reform. Hugh Morgan, a former boss of Western Mining Corporation, and also a former Reserve Bank board director, was there. He said the summit was as an important reference point for Hawke who could use it against business and unions to say: “‘This is what we’ve all agreed to’.”

“It was pretty powerful, it helped the whole government bring about change,” recalls Morgan who represented the Australian Mining Industry Council at that 1983 summit. That change was to get a tripartite agreement on restraint on wages, dividends and non-wage income, in return for social and economic benefits and reform.

Nearly four decades later, Prime Minister Anthony Albanese is seeking to replicate that moment with his own government’s two-day Jobs and Skills summit, which began today. Top of its agenda is lifting wages, productivity and easing skills shortages.

Morgan, who is also a former president of the Business Council of Australia, says one of Hawke’s clever strategies at that ’83 summit, held at Old Parliament House, was to have each person attending stand and state their position individually. “It was like a confessional. He had each one of them positioned publicly, which made it hard to backtrack on.”

Our minimum wage is really high by global standards. But I don’t know how I could survive on it.

Many senior business leaders, among them Telstra and Brambles chairman John Mullen, and Sam Mostyn, a Mirvac director and president of Chief Executive Women, are optimistic about the Jobs and Skills summit, and have welcomed the collaborative and less combative tone of the Albanese government since it was elected in May.

“An adversarial situation between government, companies, unions and employees is disastrous and destructive,” says Mullen. “There’s been a change of mood since the election, and we should seize the moment.”

A more constructive tone was evident with the Business Council of Australia and the Australian Council of Trade Unions revealing on the eve of the summit that they had struck an agreement to work together to reform the enterprise bargaining system under the Fair Work Act, so it’s “simpler and fairer”. They also agreed to work together to increase female workplace participation and lift migration, potentially from 160,000 to 200,000 annually.

“I do have a sense of optimism,” says Mullen. “If it means that the BCA and the ACTU or other organisations are getting closer and have a more harmonious approach to finding win-win solutions rather arguing, then it’s got to be in everyone’s benefit.” Mullen is a director of Brookfield Infrastructure Partners. 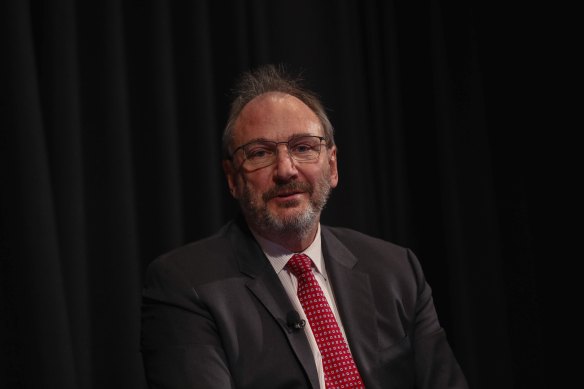 The challenge facing its chairman, John Mullen, is to ensure that the under-rewarded shareholders receive an offer that reflects its potential.Credit:Dominic Lorrimer

Still, BCA chief executive Jennifer Westacott is said to be facing internal pressure from among her own constituents. “Jennifer Westacott has walked over hot coals and done the hard work ahead of this summit,” observed one businessman, who declined to be named. “But a lot of my colleagues are saying, ‘What, the hell is the BCA up to?’” He says there are widespread concerns about the ACTU’s proposal to allow companies in the same industry to sign up to a single enterprise bargaining agreement.

An in-principle agreement was struck between the ACTU and Council of Small Business Organisations Australia to support multi-employer agreements to simplify workplace rules, as well as a simpler test for enterprise agreements.

Jennifer Westacott said critics of the summit, who had dismissed it as a talkfest, were not helping. “This country has run out of time on inertia. We can no longer afford a situation where governments, business, unions and civil society let Australians down by failing to at least attempt to find common ground,” she wrote in The Sydney Morning Herald and The Age.

Sam Mostyn, Chief Executive Women president and company director, agrees. “It would be wrong to this criticise this as a two-day talk fest with no consequence. It’s important to see this as a moment that coalesces great ambition, some fantastic ideas, and a commitment for big change, with a very constructive sense of people wanting to get some strong outcomes, but mindful of the fiscal limitations.”

Hugh Morgan says it’s encouraging to see how all sides have come together at this summit even if it doesn’t mean they’re all singing from the same song sheet. “Larger business enterprises recognise the loss that takes place in confrontation with Labor, and there’s a desire for change, and to increase efficiency in the national interest.”

Morgan says the willingness of all parties to come together at the summit and work constructively is reflection in the different tone of the government and also the style of Prime Minister Anthony Albanese. “He’s demonstrated a pleasantness that has captured the public to date.”

On the issues of wages and skilled migration, Telstra’s Mullen says while it’s important to have skilled migration, he said there needs to be greater investment in building Australia’s own workforce, particularly in the technology sector. “The skilled immigration debate obviously raises temperatures. We do need skilled immigration increases, but it’s really a short-term solution. We need to be building our own tech workforce.”

He expects the discussion on wages will be challenging. “Our minimum wage is really high by global standards. But I don’t know how I could survive on it. I’m torn. We have a country with a high-standard of living and a high-cost base. The drive has really got to be about more than just putting up wages; it’s got to be a drive around productivity.” 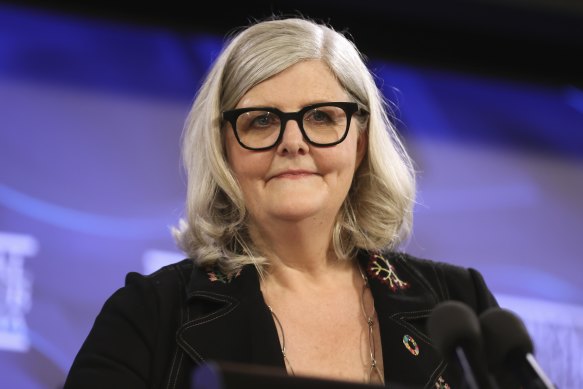 Sam Mostyn, who has been appointed to the federal government’s Women’s Economic Equality Taskforce, says she was encouraged that the issues of women’s workforce participation and gender equality, had been prioritised by this government and the summit as key economic issues. This includes a focus on reforming childcare, early education care, paid parental leave and getting more women into leadership roles.

“We have reached an important moment in time where the step changes required to take advantage of the available women’s workforce to help drive the economy is now understood,” says Mostyn. “It’s shifted from women’s issues to key economic opportunities.”

“You treasure when the Prime Minister of your country asks you to participate in something, it’s an honour. To say no is rude.”

“To see the unanimity and consensus around these issues, going into the summit, suggests to me that there’ll be a lot of opportunity. The next step will be how do we work together to see what things can be done quickly and start to have an impact, and then what are the mechanisms and commitments over the next two to five years that say we’re on a path to change.”

There are 140 people attending the summit across unions, business, government and civil society. Opposition leader Peter Dutton declined an invitation to attend. Asked why he accepted his invitation, Mullen says: “You treasure when the Prime Minister of your country asks you to participate in something, it’s an honour. To say no is rude.”

Hugh Morgan says change will not be easy to achieve at the Jobs and Skills summit, just as it wasn’t post the ’83 summit. “Change is difficult. A lot of people suffered back then but overall the nation became much more competitive, and as a result, everybody ended up being much better off.”

Morgan expects the government already has a road map of where it wants to go on reform. “But it needs this summit to be a format from which to present it in a non-political manner. In other words, to defuse the politics.”