Is stagflation coming this year?

A growing number of economists and money managers are sounding the alarm over a possible return to 1970s-style "stagflation," as the Federal Reserve moves to tame sky-high inflation.

A majority – about 77% — of investment fund managers now say they see "below-trend growth and above-trend inflation" — aka stagflation — as the most likely outcome for the economy over the next year, according to a recent survey from Bank of America Global Research.

WHAT IS STAGFLATION? WHY ECONOMISTS ARE WORRYING ABOUT A 1970S-STYLE CATASTROPHE

Stagflation is the combination of economic stagnation and high inflation, characterized by soaring consumer prices as well as high unemployment. The phenomenon ravaged the U.S. economy in the 1970s and early 1980s, as spiking oil prices, rising unemployment and easy monetary policy pushed the consumer price index as high as 14.8% in 1980, forcing Fed policymakers to raise interest rates to nearly 20% that year. 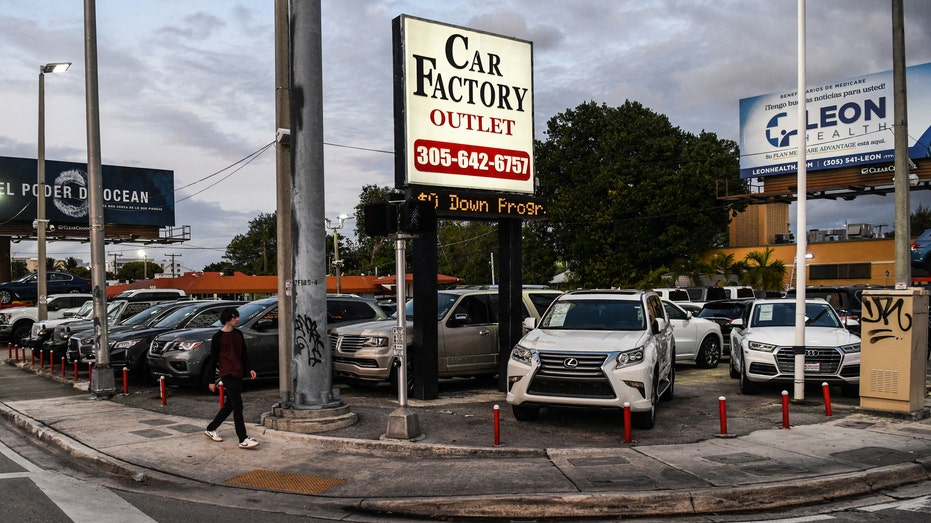 A pedestrian walks past a pre-owned car sales lot in Miami, Florida on Jan. 12, 2022. (Photo by CHANDAN KHANNA/AFP via Getty Images / Getty Images)

Although the investment managers believe that inflation in the U.S. has peaked, they are still piling up cash on worries that economic growth could be slowing. Cash levels hit 6.1% in May, according to the survey, the highest level since September 2001. It's also up from 5.5% in April.

Consumer prices jumped 8.3% in April on an annual basis, close to a 40-year high, and are expected to remain elevated in coming months. As a result, the Fed is embarking on its most aggressive course to tighten policy in decades, raising rates by a half-point earlier this month and signaling that similarly sized hikes are on the table at coming meetings.

There are growing fears that the Fed will trigger a recession because hiking interest rates tends to create higher rates on consumer and business loans, which slows the economy by forcing employers to cut back on spending. Bank of America, as well as Fannie Mae and Deutsche Bank, are among the Wall Street firms forecasting a downturn in the next two years.

Powell has acknowledged there could be some "pain associated" with reducing inflation and curbing demand but pushed back against the notion of an impending recession, identifying the labor market and strong consumer spending as bright spots in the economy. Still, he has warned that a soft landing — the sweet spot between cooling demand without crushing it and triggering a recession — is not assured.

"It will be challenging, it won’t be easy. No one here thinks that it will be easy. Nonetheless, we think there are pathways… for us to get there," Powell said during a recent interview with Marketplace.