What does soaring rent mean for the economy?

Macro Trends Advisors LLC founding partner Mitch Roschelle weighs in on “Varney & Co.,” noting that Americans are being forced to cut down on their discretionary spending amid soaring inflation.

Rent prices in the U.S. are rising at the fastest pace in decades, slamming U.S. households across the country, according to data from the Bank of America Institute.

Median rent payments for Bank of America customers surged 7.4% in July from the previous year, up from 7.2% in June, according to a new report from the Charlotte-based bank. Although skyrocketing rents are squeezing Americans across the income spectrum, middle-income and younger workers are feeling the biggest pinch.

"A significant increase in rent prices can have meaningful impact on household financial situations, particularly for middle and lower income households," the report said.

Rising rents are a concerning development because higher housing costs most directly and acutely affect household budgets. Roughly 34% of households are renters, according to Census Bureau data, but that figure is even larger for lower- and middle-income families. More than half — roughly 52.6% — of households with family income that is below the national median of $31,133 are renters.

HOW HOUSING IS FUELING RED-HOT INFLATION 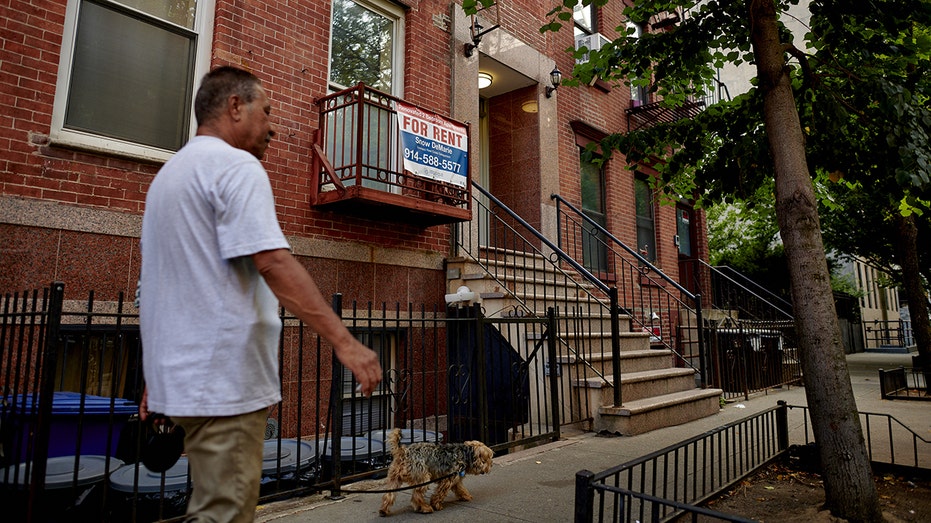 A “For Rent” sign is shown outside an apartment building in the East Village neighborhood of New York on July 12, 2022. (Gabby Jones/Bloomberg via Getty Images)

Even more worrisome is there are no signs that rent inflation is poised to slow down in the coming months.

New forecasts from the Federal Reserve Bank of Dallas show that rent inflation will likely climb higher before eventually peaking in mid-2023. The latest Dallas Fed projections show that rent could hit the apex at 8.3% next May before starting to cool off. Rent is expected to remain elevated well above pre-pandemic levels for the entirety of 2023.

"This suggests the squeeze from higher rent will likely persist for the foreseeable future," Bank of America said in its report. "Despite elevated bank balances and strong wages at the moment, rent inflation could eventually bite into consumers’ purchasing power elsewhere in a more meaningful way."

Households, in general, spend about 7% of their annual expenditures on rent, while households without college degrees spent nearly 10% of their total expenditure on rent in 2020.

While the rapid pace of price increases eased slightly in July with the monthly increase flat at 0%, the consumer price index still climbed 8.5% from the previous year — hovering near a painful four-decade high, the Labor Department reported last week.

And despite the decrease in headline inflation — which was largely attributed to a decline in gasoline prices — the cost of essentials such as rent and food continued to soar higher in July. Rent jumped 0.7% over the month and 6.3% on an annual basis, according to the data.

There are several reasons for runaway rent costs, including high demand as steep prices and rising interest rates push prospective homebuyers out of the housing market. Low inventory and high demand also explain the increases. 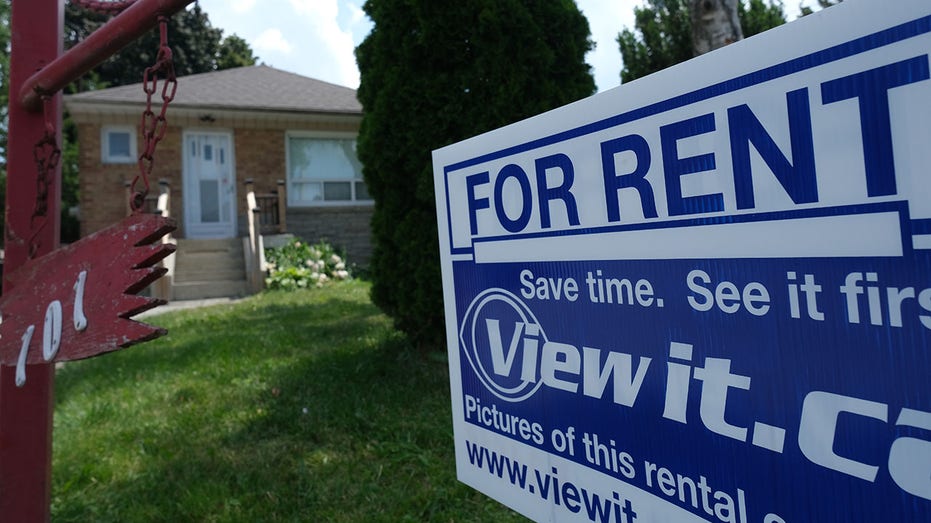 "From our perspective, the costs inside the housing complex have not yet finished increasing, and it will likely be some months before an apex is reached," said RSM chief economist Joe Brusuelas. He suggested that inflation broadening out into the shelter sector could force the Federal Reserve to approve a third consecutive 75-basis-point interest rate hike when it meets in September as policymakers try to cool the red-hot housing market.

"In our estimation, it will be two to three years before inflation is anywhere near the Fed’s 2% inflation target," he said.