A Virginia-headquartered drone technology services company is expanding its operations in the state, a move expected to create 655 new jobs, officials announced Wednesday.

"This is an impressive and highly impactful project for Virginia Beach, Dinwiddie County, and beyond that represents a new age of technology for our society, and DroneUp is at the forefront of Unmanned Aircraft System development," Youngkin said in a statement.

US SHOOTS DOWN IRANIAN DRONES ATTACKING AIRPORT IN IRAQ: OFFICIALS

DroneUp previously announced an agreement with Walmart, which has a minority stake in the privately held company, to provide drone delivery services at 34 sites in the U.S. DroneUp said Wednesday that it planned to establish three "drone hubs" at Walmart locations in Virginia this year.

"Virginia is our home, and we are proud to be able to continue to bring new innovation, talent, and economic opportunities to our great state," DroneUp founder and CEO Tom Walker said in a statement. "This investment and expansion will not only bring new career opportunities to our region, but also allow us to tap into the brightest minds around Unmanned Aircraft System development and design."

The governor announced the expansion projects at a news conference outside the executive mansion in Richmond that featured a drone demonstration.

During remarks, Walker quipped that Youngkin had visited the company's headquarters and had the chance to fly a drone. His piloting skills made one employee remark, "I’m glad he’s the governor and not one of our pilots," Walker said. 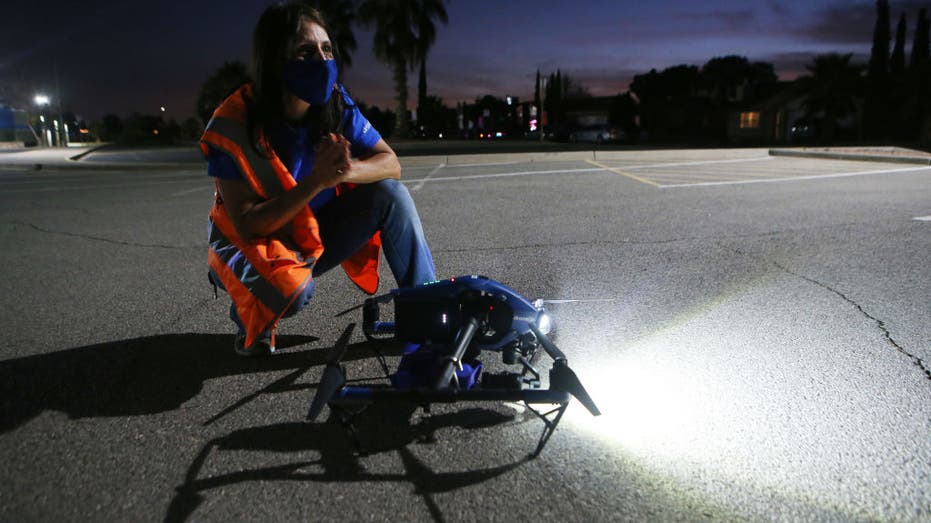 A DroneUp pilot prepares a drone to deliver a COVID-19 self-collection test kit to a home, after being ordered from Walmart by a resident in El Paso, Texas. DroneUp is creating a facility that will create 655 jobs.  (Photo by Mario Tama/Getty Images / Getty Images)

DroneUp works with more than 20,000 drone pilots to serve its customers, the news release said.

The project is eligible for a range of taxpayer-funded incentives, including over $5 million in grant funding. Virginia competed with Arizona, New York, North Carolina and Texas for the projects, according to the news release.