Wealth giant AMP is urging the federal government to increase the cap on life insurance commissions for financial advisers, despite the banking royal commission finding there was a case for them to be abolished due to conflicts of interest.

In its submission to a Treasury review that has reignited debate over the contentious issue, AMP has argued that current caps on commissions for life insurance advisers should be retained and raised slightly. 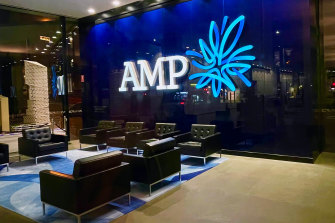 Life insurance commission payments are currently capped at 60 per cent on the initial premium, and a maximum ongoing commission of 20 per cent, as part of the Life Insurance Framework introduced by the federal government in 2017.

The 2019 banking royal commission recommended a review into conflicts of interest issues around life insurance risk products and whether the cap on commissions should be further reduced.

Unless there was a clear justification for retaining commissions the cap should ultimately be reduced to zero, Commissioner Kenneth Hayne said in his final report.

Life insurance commission payments are now being looked at by Allens lawyer Michelle Levy as part of Treasury’s review into the quality, accessibility and affordability of financial advice in Australia.

In its submission, AMP says that there would be a low level of uptake by consumers for a fee-only model “which would lead to substantially low levels of life insurance for Australians”.

“In our view, there is a strong case that the current commission caps should be retained and raised slightly.”

They say that underinsurance in Australia is increasing, and that there are sustainability concerns with life insurance companies as new business has reduced dramatically.

Commissions should be raised to 80 per cent upfront and 20 per cent ongoing, AMP says, which would “more appropriately reward financial advisers for their work and will reverse the trend of the current exit of advisers providing occasional advice on life insurance which in turn will provide more access to life insurance advice and coverage”.

AMP’s director of advice Matt Lawler said in a statement that their submission provided a “practical, achievable and common-sense recommendations for change”.

“We believe a commission system in life insurance with good governance practices in place to protect consumers is workable, like in the mortgage broking industry,” he said.

Industry associations have also argued in their submissions to the review that life insurance commissions must stay.

A joint submission by a working group of 12 industry groups, which included the Financial Services Council, has argued that to ensure customer accessibility to risk advice, life insurance commissions must be retained.

The Association of Financial Advisers is calling for the commissions to be increased to 80 per cent. AFA chief executive Phil Anderson said consumers on the whole preferred to pay for their life insurance advice via commissions.

“We think that what’s important here is that consumers have access to a choice to pay by fee or the choice to pay by commission, and why we have suggested, as have others, that the current levels do not adequately renumerate advisers for all the cost involved in providing life insurance advice,” he said.

“If you remove commissions, then ultimately you would find a substantial decline in the amount of business that was processed by advisors.”

Chief executive of the Financial Planning Association of Australia, Sarah Abood, said the association supported the current commission cap settings, and if commission payments were reduced or abolished, it would have “further negative impact on the already significant under-insurance gap, leading to further adverse outcomes for consumers, and the social security and disability support systems”.

But Industry Super Australia and consumer group CHOICE are calling for all commissions should be banned. Patrick Veyret, head of policy and government relations at CHOICE, said commissions created an incentive for advisers to sell life insurance products that are not suitable for people’s needs.

“Conflicts arising from life insurance commissions lead to advisers recommending products that are of poor value or even harmful to their clients. Many of these conflicts are only permitted as a result of the legislative carve-outs that were strongly criticised in the final report of the Banking Royal Commission.”

In its submission, Industry Super Australia said that while commissions remain permissible for life insurance sold outside of super, there will always be a clear incentive for financial advisers to recommend retail life insurance products instead of life insurance within super.

“This is unacceptable and commission should be banned to remove this conflict of interest.”

After repeatedly saying insurance advice commissions should be pulled back to zero, new financial services minister Stephen Jones said in recent comments he was open to changing his position after broad consultation with the industry.

The life insurance industry this week announced the formation of a new industry peak body, called The Council of Australian Life Insurers. It will be formally established in the new financial year, and is currently recruiting staff and chief executive.