London (CNN Business)Losses caused by the collapse of US hedge fund Archegos have topped $10 billion.

Swiss bank UBS (UBS) revealed on Tuesday that it lost $774 million from last month’s implosion of Archegos Capital Management, a bigger hit than many analysts expected. The announcement came as Japan’s Nomura (NMR) said it would book losses of $2.9 billion from Archegos, a sharp increase from its initial estimate of $2 billion.
Global banks have now disclosed losses of at least $10.4 billion from the failure of Archegos, a New York-based family office that managed the fortune of investor Bill Hwang. Some smaller banks may also have been hit, and the fallout has taken the shine off an otherwise strong earnings season for global banks. 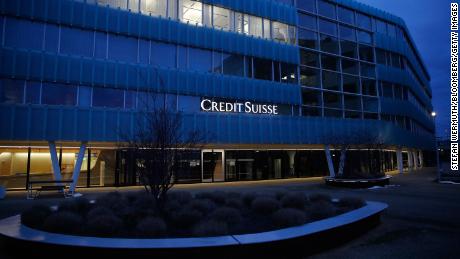 Credit Suisse (CS) has been rocked hardest. The Swiss bank said last week that the collapse will cost it a total of $5.5 billion, and it has announced the departure of its top investment banker and chief risk officer. Other members of the executive board will not receive bonuses for 2020.

Archegos used borrowed money to build massive positions in stocks including media companies ViacomCBS (VIACA) and Discovery (DISCA), and was unable to pay back its lenders when share prices dropped. The heavy losses suffered by lenders have raised concerns about the dangers of leverage and led to calls for tighter regulation.
“We need transparency and strong oversight to ensure that the next hedge fund blowup doesn’t take the economy down with it,” Democratic Sen. Elizabeth Warren said in a statement last month.
Source: Read Full Article