Peloton investors are nursing their wounds after the company voluntarily recalled both of its treadmill products after the death of a child several weeks ago. The shares hit the lowest levels since September.

Later today, the company will give a fresh update in its third-quarter earnings after the closing bell, however, consumer and investor trust may be damaged after the company's delay on the issue.

"This probably should have been the reaction three weeks ago. So much of what Peloton has engendered is a sense of community, is a sense of trust," BMO Capital Markets director Simeon Siegel told FOX Business Thursday.

The connected fitness company on Thursday recalled both its treadmill products, around 125,000 units, nearly three weeks after the Consumer Product Safety Commission urged consumers to stop using the equipment following the death of one child and more than 70 other reported incidents. Chief executive officer John Foley apologizing for not complying with the watchdog agency's request sooner. Peloton’s stock lost 14.5%, pulling its market value down by $4 billion to $24.3 billion, as tracked by Dow Jones Market Data Group, after the company’s recall. 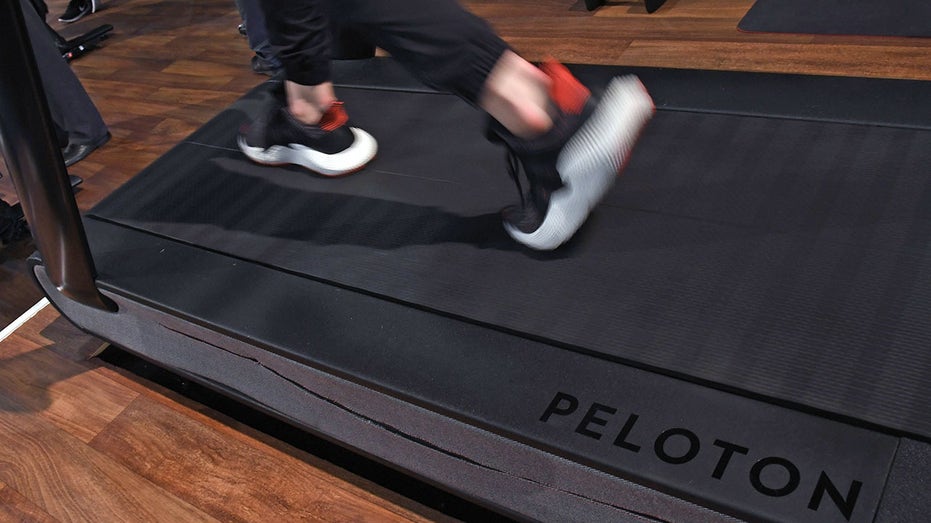 Peloton will report its third-quarter earnings on Thursday. (Photo by Ethan Miller/Getty Images)

Peloton was slated to introduce its less expensive treadmill product, the $2,495 Tread, later this year, and while the company is better known for its spin bikes, the treadmill recall could impact its revenue growth. Peloton's treadmills have made up 12% of the company's equipment revenue since 2018, Siegel said in a research note. That's not including subscriptions for its classes, which account for around 20% of the company's sales. Siegel anticipates consumers will look elsewhere for treadmills amid the backlash as users seek refunds promised by the company.

"The reality here is, the Peloton valuation was hinged on new product lines. The question we have to ask for Peloton from a demand perspective is ‘what does this do to the consumer?’ Does the person who was about to buy a Peloton Tread now start reevaluating and thinking there are other options out there?" Siegel said.

Peloton’s stock fell sharply last month after the CPSC issued its warning, noting the treadmills pose risks and dangers to children and pets. Peloton initially pushed back, calling the CPSC's warning "inaccurate and misleading," maintaining that its treadmill products were safe when users follow its warnings and instructions. Attorneys, however, say more lawsuits could be on the horizon from injured parties.

"Admitting a mistake was made shows that their [Peloton’s] failure to recall was an intentional act and that may open the company up to punitive damages," personal injury attorney Michael Steinger of Injurylawyers.com said.

Peloton is offering users who do not want a refund for its treadmill products the option to wait for a free inspection and repair that will secure the touchscreen to the treadmill to help prevent future incidents. Peloton and the CPSC said they'll update consumers when a repair is made available.

Analysts expect the company to post a loss of $0.11 on Thursday compared with a $0.20 loss during the same period a year ago. Revenue is expected to jump to $1.1 billion, a marked improvement from the prior year.