Insurance giant QBE's boss Pat Regan has said the coronavirus crisis could lead to "lasting change" in the way businesses are insured, with talks already under way between governments and the industry to restructure exclusion clauses for pandemics.

The outbreak of SARS in the early 2000s caused the global insurance industry to introduce general exclusions for business interruption policies related to quarantinable diseases as premiums would skyrocket if these risks were to be covered. But Mr Regan said talks between insurers and governments, particularly in the UK and US, could see that reversed.

"Most recent discussions have gone more into how do we make sure that this kind of thing is covered going forward, how could we do a public-private partnership, so there’s some kind of government backstop where insurers do cover pandemics going forward.

"I think we will see change in that kind of area," he told The Age and Sydney Morning Herald. "It may cause lasting change to business interruption [cover]." 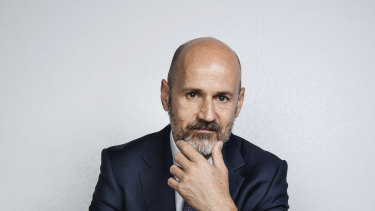 The comments came as QBE on Tuesday launched a $1.29 billion share purchase plan to beef up its balance sheet, with Mr Regan predicting a long and deep recession brought on by the coronavirus pandemic.

"We’ve all been dealing with a set of circumstances pretty much unimaginable even a few weeks ago," Mr Regan told investors. "The suggestion the world will go back to normal within a few months seems unfortunately unlikely and it’s difficult not to foresee a deep and extended recession.

"But nobody knows exactly how the situation will play out."

QBE has prepared for worsening conditions by progressively de-risking its investment portfolio by exiting all equities, emerging market and high yield debt and increasing its reinsurance cover.

The "pre-emptive and decisive" strategy will boost QBE's capital reserves to almost twice the amount prescribed by the prudential regulator and enable it to cash in on growth opportunities on the other side of the crisis.

"None of us really have models that were designed to work when you see big, big falls in GDP and the major markets," he said. "We just think it is smart to start in a real position of strength so whatever happens we'll come out of it strong."

The details of the capital raise came alongside a trading update, where QBE said it had seen group-wide premium rate increases of 8 per cent. But Mr Regan refused to comment on whether QBE would heed the prudential regulator's call for insurers to consider suspending dividends, claiming the company was "well-positioned" but "it's difficult to predict too much into the future".

QBE's main operations include trade credit insurance – insurance against businesses failing to pay bills – lenders' mortgage insurance, as well as business interruption, landlord and travel insurance. While there has not yet been a spike in claims as a result of coronavirus, QBE has taken steps to reduce exposure to high-risk sectors, including airlines and travel, hospitality and retail. 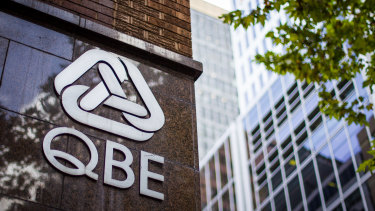 QBE says the impact of the coronavirus would depend on future developments which are “highly uncertain and cannot be predicted.”Credit:Bloomberg

The insurer has also published its balance sheet stress testing, where the worst-case scenario factored in a severe global recession that could wipe a further 35 per cent from equities markets by 2022, cause defaults for QBE's trade credit insurance to be 3.1 times higher than GFC levels, unemployment to reach 12 per cent and house prices plummet by almost 30 per cent.

Mr Regan said he was not sure the economy would reach QBE's most extreme scenario but added "we're in for a long road to a full recovery".

"Thinking practically about when we can all get back to work, when our offices will be full again, that doesn't feel likely at all in the shortish term," he said.

The investor presentation also outlined a series of risks related to the capital raise, with ongoing "government, regulatory or health authority actions, work stoppages, lockdowns, quarantines and travel restrictions" having the potential to cause "significant direct disruption" to QBE's performance and operations.

"These factors are beyond the group's control and could have a material adverse effect on the overall business sentiment and environment."