The National Australia Bank will pay shareholders an interim dividend of 60¢ per share, after it reports cash earnings of $3.3 billion for the half, a 48.1 per cent on the previous period.

The big four bank’s revenue increased by 1 per cent over the six months to March 31 reflecting improved markets income, but its net interest margin – a key measure of profitability – declined by 4 basis points due to historically low interest rates. 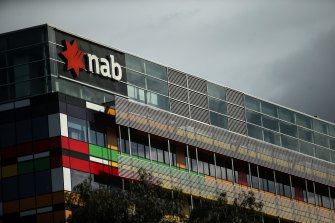 NAB will pay shareholders an interim dividend of 60 cents per share. Credit:Pat Scala

NAB followed the other major banks in writing back its allowance for bad loans, reducing the credit provision by $128 million – compared to an increase of $1.2 billion in the corresponding period last year.

NAB chief executive Ross McEwan said the rebound in the Australian and New Zealand economies from COVID-19 had been better than expected, adding the vaccine rollout and low case numbers “makes us optimistic”. However, like other major bank chiefs, Mr McEwan warned against complacency.

“Risks do remain,” Mr McEwan said. “The recovery is not even, and some customers such as those in international travel and hospitality, particularly in CBD areas, still face significant challenges.”

NAB also reported its expenses decreased by 18.6 per cent, as the bank pursues a strategy to cut costs and simplify operations.