Former Speaker of the House and Congressman John Boehner argues the administration should focus more on reopening the economy and less on relief spending.

The donation is part of Dorsey's commitment to give $1 billion, or 28 percent of his net worth, to coronavirus relief, education for women and basic income experimentation through his company called Start Small. Humanity Forward is giving one-time, and recurring, basic income payments to people and families who stand to be most affected by the coronavirus crisis, according to its website.

Dorsey announced the donation on a Wednesday episode of Yang's podcast, "Yang Speaks."

"We're doing $5 million for Humanity Forward, and…I really appreciate who you are, first and foremost, but also what you're doing," Dorsey said. "I think this idea is long overdue, and I think the only way that we can change policy is by showing case studies of why this works."

The contribution will go toward Humanity Forward's COVID-19 assistance program in the form of 20,000 individual micro-grants worth $250 each to those affected by the crisis.

Yang thanked the Twitter founder on his podcast and in a press release published Thursday.

STILL WAITING ON YOUR CORONAVIRUS STIMULUS CHECK? YOU CAN NOW CALL THE IRS FOR UPDATES

"Not only will Jack’s donation directly impact tens of thousands of people in need during the current economic downturn, it will help Humanity Forward and our movement continue to make a case for [UBI] in the United States. We know UBI for every American is possible, and this $5 million from Start Small is going to help demonstrate what is possible for families across the country," Yang said in a statement.

Dorsey's original $1 billion donation is worth $1.5 billion after he put it into the market and into people's hands, he said on the podcast.

"We did move $200 billion into the [donor advised fund], and they sold it on the market, and we now have $200 million in cash to work with. We've now granted over $86 million of the $200 [million] so far," Dorsey said. He added that only he and his assistant are in charge of moving the funds in an effort to keep the operation small.

He and Yang went on to discuss their mutual belief that UBI will shape Americans' trust in government and help the overall economy. 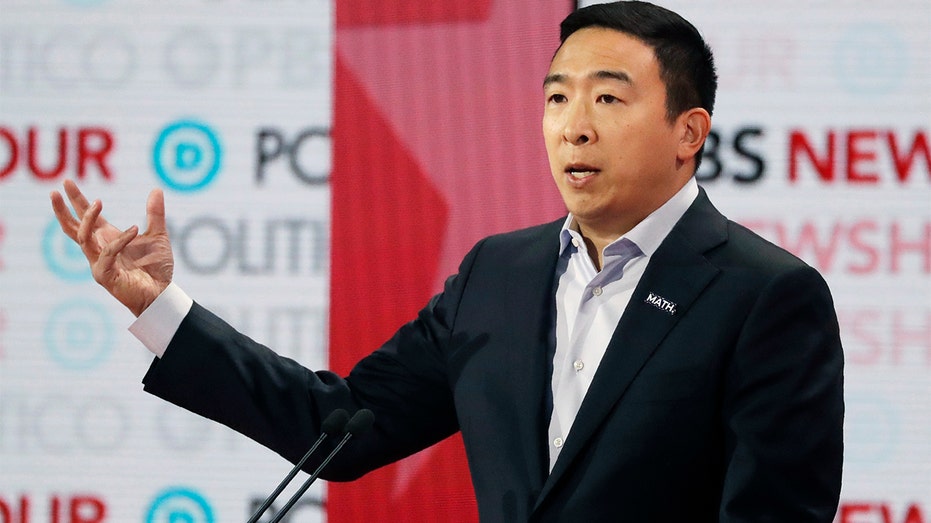 People can't believe it when they receive money without any strings, the same way Americans were surprised when the Trump administration delivered stimulus checks worth $1,200 to every American as part of the Coronavirus Aid, Relief, and Economic Security Act, he said.

"No one believed it until it was in their account," Yang said. "There's so much built-up distrust and skepticism that when you actually get that money, it diffuses it."

Dorsey said he is happy to give away some of his wealth, saying that his conception of money has changed over time and he has discovered how much of a difference a little extra cash can make in a person's life.

"Part of gratitude is not just saying, 'I'm grateful,' but actually doing it," he said.

While the idea of universal basic income may seem radical to some, the concept is becoming a more widely accepted idea among U.S. politicians and citizens, particularly after Yang gained popularity as a presidential candidate and campaigned on the controversial idea.

The U.S. Constitution may have a cure for what ails the country’s economy.

Business has ground to a virtual standstill over the past month amid “stay-at-home” orders issued by more than 40 U.S. governors fighting the COVID-19 pandemic, forcing the temporary closure of shops and restaurants and bringing non-essential travel to a standstill.

More than 26 million workers have lost their jobs in just the past five weeks, and the major Wall Street banks all say the economy will contract by an annualized rate of at least 30 percent during the second quarter.

The dilemma has, in some ways, left the U.S. at odds with itself. As the coronavirus death toll mounts, a number of state governors are extending their “stay-at-home orders” into the middle of May, while a few others have begun moving to reopen their economies to curb the grinding cost of lost jobs and wages on taxpayers.

The disparity has created tensions between states and the Trump administration, which has urged rebooting the economy as rapidly as possible yet criticized Georgia for moving too quickly, and raised questions about which branch of government has the power to set a timetable.

NEXT WAVE OF CORONAVIRUS SMALL BUSINESS LOANS MAY START THIS WEEKEND

While the U.S. Constitution's intricate system of checks and balances makes that a tricky question, Congress can wield its power over interstate commerce to considerable effect, experts say. It can also use the power of the purse to offer incentives to states that move forward on Washington's timetable.

Under the commerce clause of the U.S. Constitution, Congress has the power to “regulate commerce with foreign nations, and among the several states, and with the Indian Tribes.”

That provision “gives Congress plenary power over interstate commerce, meaning full, final, needing nothing to complete it,” Judge Andrew Napolitano told FOX Business. “So Congress could open up the channels of interstate commerce so long as the president signed the legislation. But Congress cannot order Gov. Murphy in New Jersey to open up restaurants and state parks.”

CORONAVIRUS PRESSURES US MANUFACTURERS TO BRING PLANTS HOME FROM CHINA

Even then, however, the law is tricky. Because of the interconnectedness of the U.S. economy, it’s possible that restaurants could be opened under the commerce clause.

Neither President Trump nor any state governor has the power to order people to stay home, though.

“Generally, orders by governors or mayors, unless they're authorized by the legislature, are unenforceable by criminal law,” Alan Dershowitz, a professor emeritus at Harvard Law School, told FOX Business. 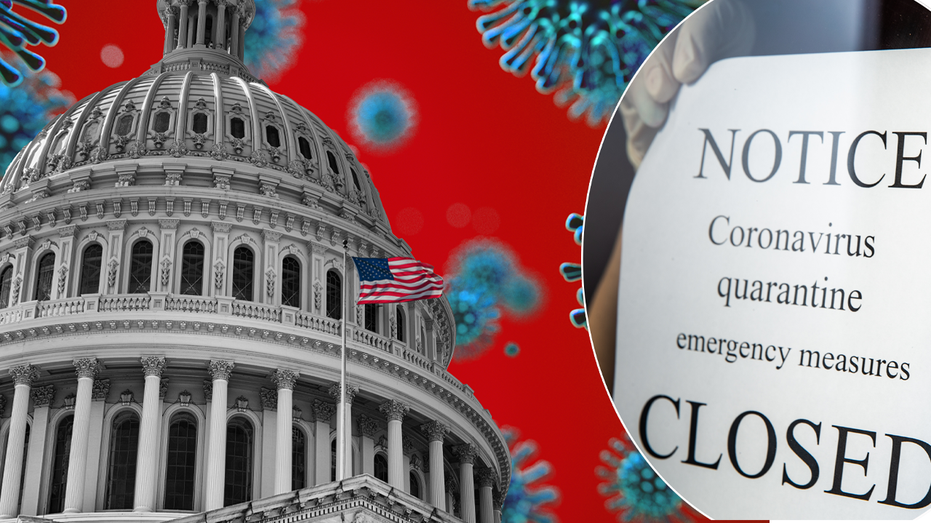 “Since the coronavirus doesn't recognize state boundaries, that seems to give more power to the federal government,” Dershowitz said.

There have even been instances where Congress has used its commerce power to regulate restaurants that serve products originating in other states.

While the Supreme Court has ruled Congress cannot force people or entities to engage in interstate commerce, the legislature can use its power to bribe or induce them to do so. Congress can also tax them if they don’t.

TRUMP SAYS US BEGINNING TO OPEN FOR BUSINESS AFTER CORONAVIRUS SHUTDOWNS

Because of the 10th Amendment, which grants authority over health, safety, welfare and morality issues to the states, and because of the concept of federalism, Congress cannot order the states to do things, but it can offer the states incentives to cooperate, according to Napolitano.

In this case, Congress could dangle bailout cash to states, and attach different types of strings, in exchange for them reopening their economies. States could either agree to reopen and take the money or keep their economies closed and reject the cash.

One wrinkle in that technique, however, is Senate Majority Leader Mitch McConnell, R-Ky., who doesn’t seem eager to bail out the states.

This website uses cookies to improve your user experience and to provide you with advertisements that are relevant to your interests. By continuing to browse the site you are agreeing to our use of cookies.Ok