Investors from Generation Z — generally, those in their mid-20s or younger — have quickly staked their role in Silicon Valley, landing coveted jobs at major firms and overseeing millions of dollars in equity. Their insights are already shaking up venture capital as they make names for themselves through TikTok, Twitter, and other nontraditional paths.

Insider profiled 29 up-and-coming Gen Z VCs in February. We asked some of these young investors to share the names of the platforms for work, productivity, gaming, and socializing they’ve recently discovered and are keeping a close eye on.

If you don’t recognize a lot of the apps on this list, that’s OK — leave it to Gen Z to find the next big thing.

Insider confirmed none of the apps listed are currently in the portfolios of the investors who recommended them. 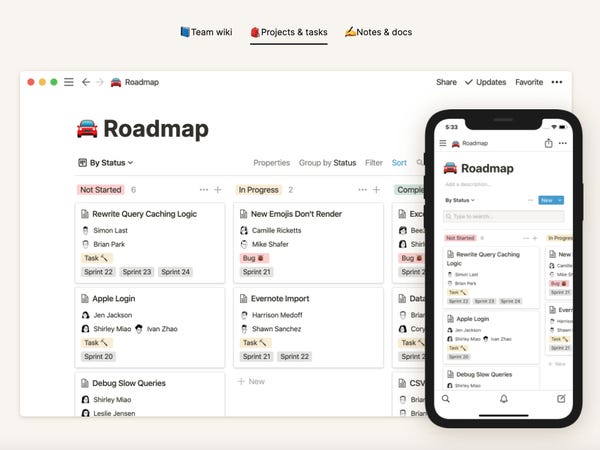 Notion has attracted hype as a one-stop productivity tool for individuals and teams, with notes, to-do lists, and more. Kat Chiou, an associate at FirstMark Capital, says she knows people who “literally design their lives on Notion.”

According to Chiou, one key benefit of Notion is that it requires little code, making it easy to use for non-technical users. Its simple design means there a ton of ways someone can use it to help their workflow, Chiou said.

“You’re so empowered to build a platform with whatever you use case is.” Chiou told Insider. 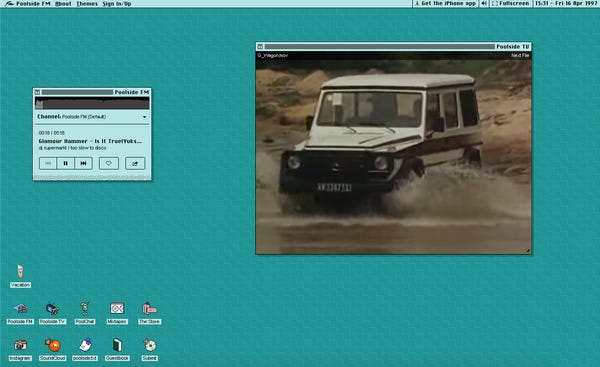 Poolside.fm — an app that’s essentially a radio station — is successful in creating “a level of cultural nostalgia that many brands dream about reaching,” Jack Cohen, the content and community lead at FirstMark, told Insider.

The platform is retro and funky, and the few radio stations reflect vibes like “indie summer,” “hangover club,” and “Friday nite heat,” he said.

“There aren’t enough apps out there that focus as much on creating a fun experience as they do with offering a utility,” Cohen said. “When you arrive on the Poolside site, you are immediately transported to an alternate digital reality, one with pixelated icons, throwback videos, and tunes from the 80s and 90s.” 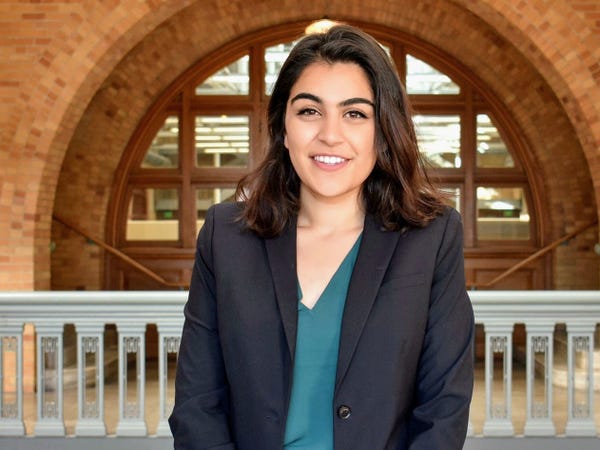 Aavia is a hormone-tracking app that also helps users understand how hormones affect their bodies, from breakouts to mood fluctuations.

Its website declares, “We’ve been conditioned by society to treat our hormones as the enemy.” Instead of battling your hormones, Aavia says it wants to work alongside them.

Sujude Dalieh told Insider that Aavia is how “all my friends are starting to take control of their cycles and better understand their bodies.” 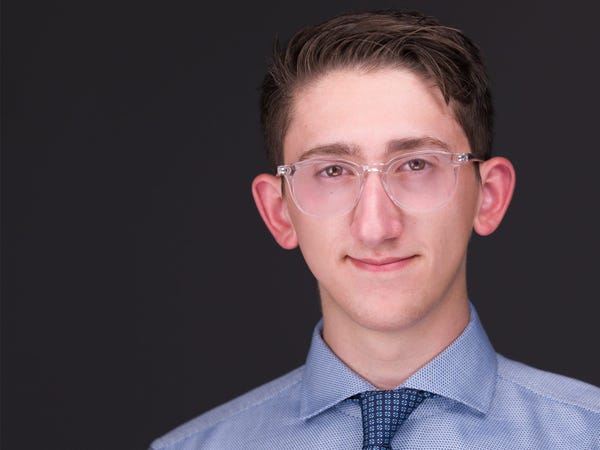 Yaza is an app that aims to turn real estate agents into influencers by letting them post geo-tagged video tours for potential buyers.

But Christopher Gaeta, an associate at VU Venture Partners, told Insider he’s particularly excited about Yaza’s future. The app’s founders told him it would soon launch a function to let users request a video of a location, and then pay someone in the area to capture a video. He gave the example of checking on your vacation home after a storm — you can get a fellow Yaza user to take a video for you in minutes.

“They are yet to launch this new functionality but the pivot to this focus is something I will be sure to keep my eye on in the coming years,” he said. 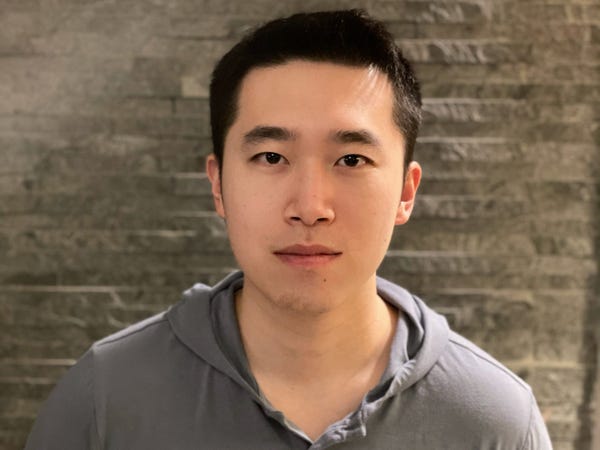 Meet DJ Rad, whose personality is whatever you want it to be. Rad is an artificial DJ on the app Radiant who delivers users a curated, infinite playlist. Rad will also update users on the news, weather, their commute — one reviewer in the App Store said that Rad keeps them “company all day every day.”

“I have major issues with how ‘cold’ the online music experience currently is,” he said. “Radiant is one of the more intimate music products I’ve tried.” 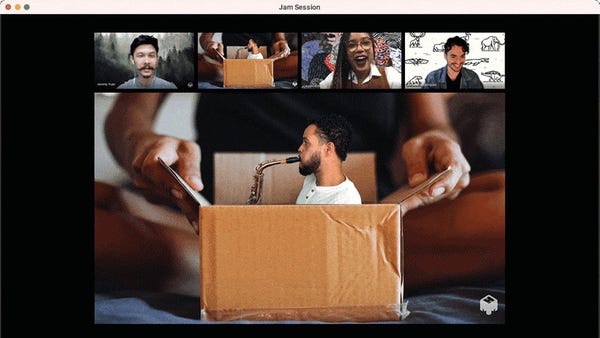 Mmhmm aims to make virtual meetings a little less painful. The app, which is compatible with both Zoom and Google Meet, lets users choose custom backgrounds, animations, and effects to spice up their video presentations.

“With hybrid work and virtual meetings here to stay, personalizing the experience for all parties will be important,” Tej Kanani told Insider. “Platforms that enhance storytelling will be immensely sticky for both consumers and businesses.”

The company raised a $31 million Series A last year in a round led by Sequoia. 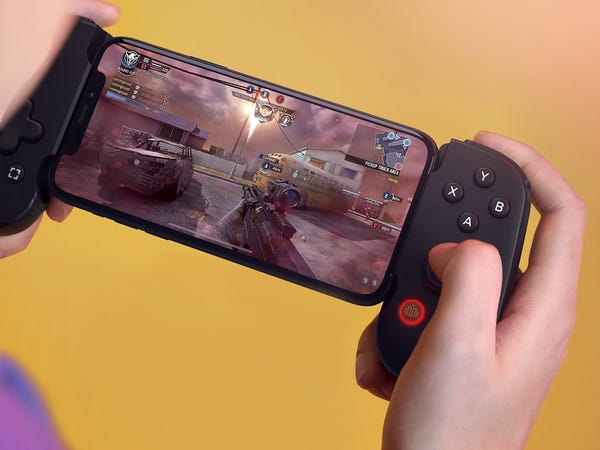 Michelle Nie, a self-proclaimed “big gamer,” told Insider that while she loves the “portability” of mobile gaming, she’s always preferred the “mechanics” of playing with a console. Enter Backbone, a gaming controller you can use to play Apple Arcade and mobile games with your iPhone.

Nie compares Backbone’s design to that of the Nintendo Switch, where the controllers can snap right onto the software-holding gaming screen. Backbone also serves into the trend Nie is noticing in gaming toward multi-platform and multi-player games.

“It’s ultimately just this social gaming experience that I think is emblematic of where Gen Z is spending their time,” Nie told Insider. 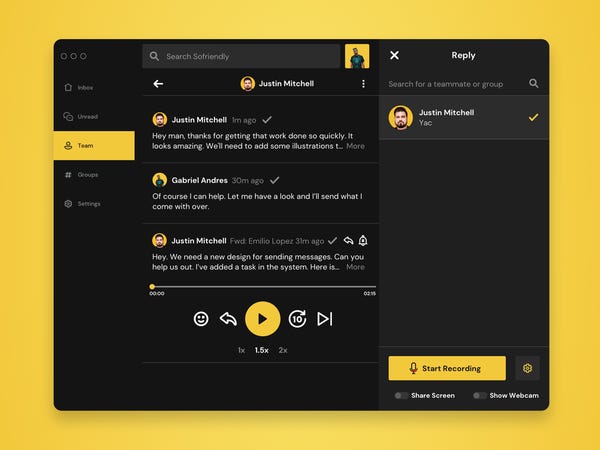 It’s a common joke in the era of work-from-home: “This could have been an email.”

With everyone feeling Zoom-fatigue, Yac is here to help. The app, which recently raised a $7.5 million seed round, according to Pitchbook, aims to replace meetings with voice and video messages. The voice messages are automatically transcribed, allowing users to scroll through transcribed updates from their team.

“If you care about optimizing as much of your time as possible,” Amani Phipps told Insider. “Yac is a no brainer solution.” 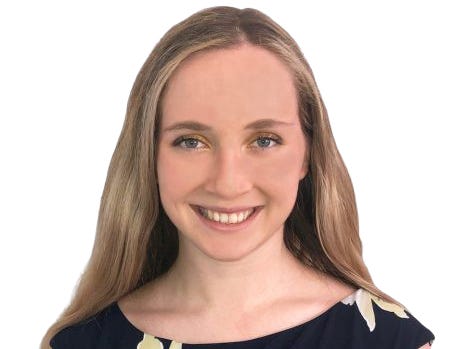 We saw Upstream appear on several phone homescreens of the Gen Z investors we interviewed in February. Upstream bills itself as a professional social network, akin to LinkedIn. According to Corinne Riley, an investor at Greylock, Upstream has already built a “vibrant community” around its professional groups, expert talks, and virtual networking. Riley told Insider she’s been to Upstream events as both a speaker and attendee, and has met new friends with similar interests through the app. 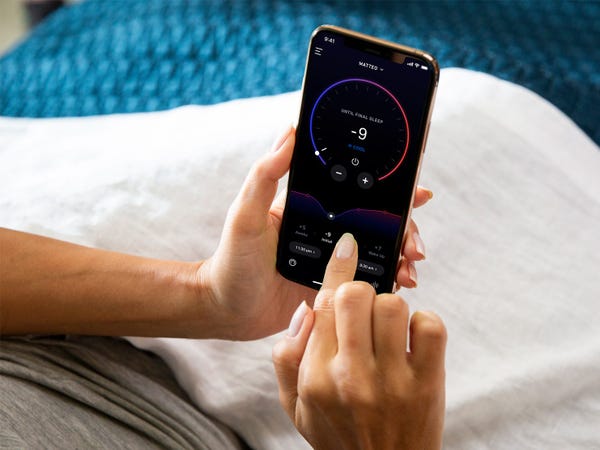 The Eight Sleep app describes itself as a “digital sleep coach.” Nik Sharma uses the app to track his sleep and to learn tips for a better rest. For example, after noticing Sharma was sleeping less, the app advised him to “keep your room as cool, dark, and quiet as possible.”

Sharma said the app’s been great for learning more about his health, tracking everything from the responsiveness of his nervous system to his resting heart rate. 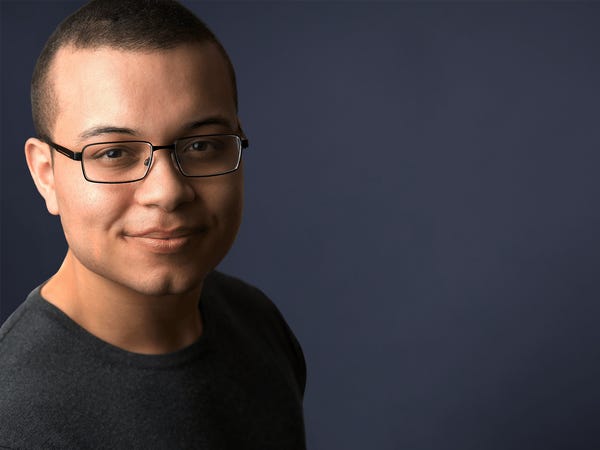 For Gen Z, Tinder and other swipe-heavy apps have made dating “cold,” according to John Smothers, an investor with Acrew Capital. Smothers told Insider he instead likes Lolly, a dating app that’s already been dubbed as “Tinder meets TikTok.” Users upload short videos in lieu of dating profiles, which potential matches scroll through like a TikTok feed. This allows users to showcase their talent and personality in a way they can’t with photo and text, Smothers said.

“This last generation of dating apps has been focusing on fledgling mechanisms,” Smothers told Insider. “[Lolly] seems to bring back the humanity to dating. What in-person interactions are like.” 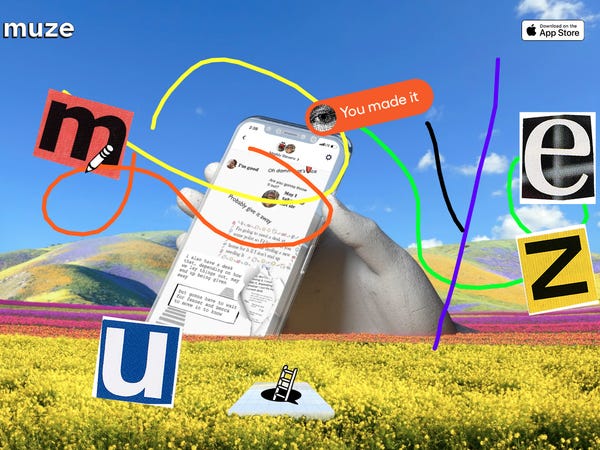 Sometimes you can’t adequately put into words what you want to say — so Muze, a messaging app, lets users communicate in any way they like. Instead of a strict back-and-forth vertical conversation, Muze offers a blank canvas for conversation, where users can draw, send GIFs, and type in multiple fonts and colors.

Rachel Star told Insider that Muze has become especially valuable during the coronavirus pandemic by allowing her to “keep in touch asynchronously” and stay connected with friends through ongoing threads they contribute to. 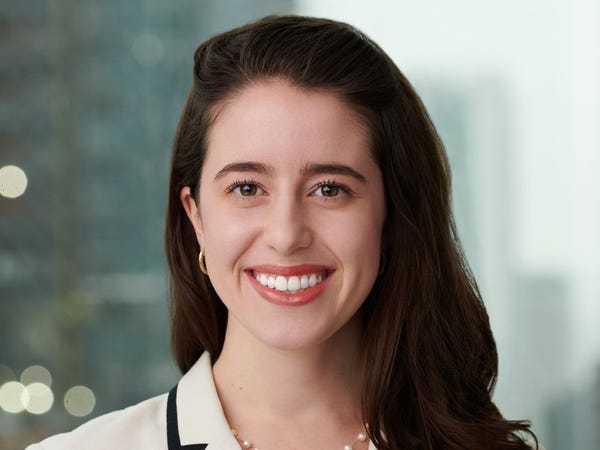 Goody is a gift-giving app that lets you choose from hundreds of options to send to friends — everything from workout classes to chocolates. After you’ve picked a gift, simply enter your friend’s phone number, and Goody will text them a link to fill out their address.

Meagan Loyst is a huge fan.

“Gift giving is one of my favorite things in the world,” she said. “It gives me an easy way to surprise my friends with thoughtful gifts.”

Goody recently raised a $4 million seed round from investors like Index Ventures and Quiet Capital. 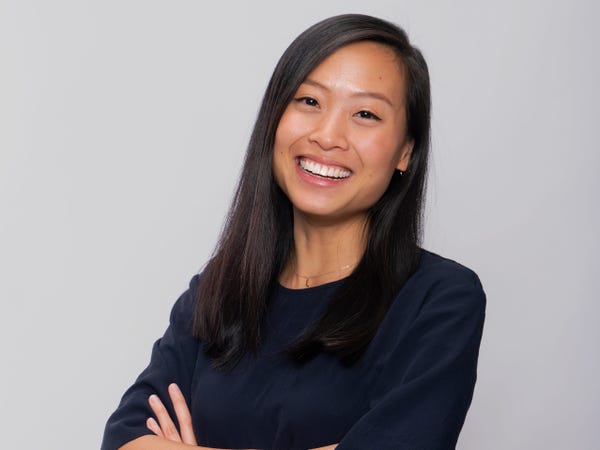 Instead of buzzy fitness technology like Peloton or Mirror, Lia Zhang says she prefers Future Fit. The app connects you with a personal trainer, who sets up a training schedule and coaches you through your workout journey.

But what sets it apart is the connection you have to your trainer and the program, even in a virtual app, Zhang said. She said she texts with her trainer “almost every day,” and Future provides users with an Apple Watch for tracking their workouts if they don’t already have one.

“It’s helped motivate me to work out over any other digital fitness app,” Zhang told Insider.