SOME cars just tempt you to lose your licence. Others beg you to.

The Abarth 595 Competizione is the latter, ramming 180hp into an unfeasibly impractical chassis not much bigger than a dodgem. 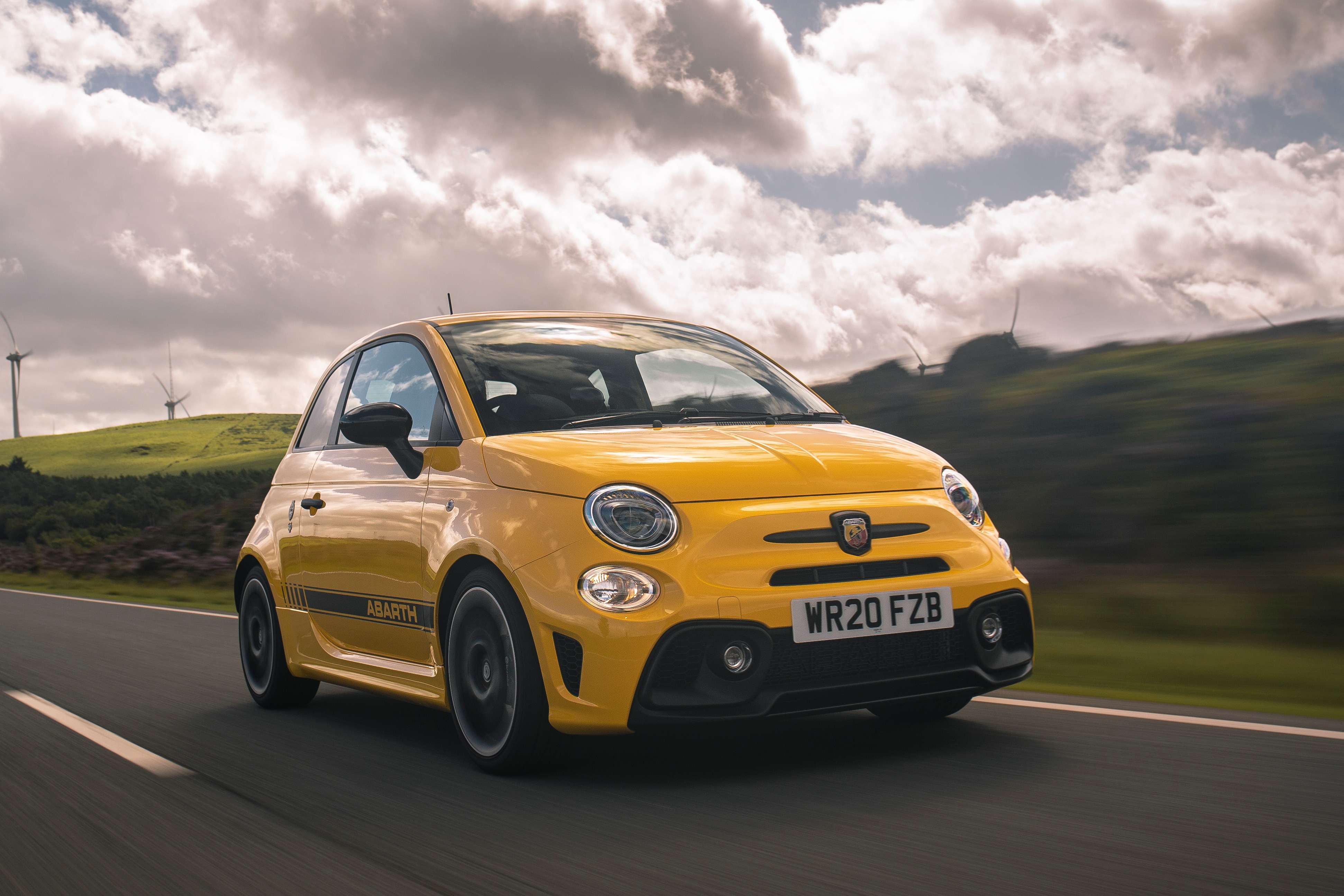 Add on its comically boomy quadruple exhaust system and absolutely no option for either a speed limiter or cruise control and it takes proper attention to not collect penalty points like Clubcard ones.

That said, this powered-up Fiat 500 is a refreshing hoot in a world of identikit, semi-autonomous, safety-obsessed cars that want to nanny you.

Other things it doesn’t have include a push-button start – yes, you’ll need to turn an actual key.

The only button you need to press is the one with the scorpion logo on it in the middle of the dash that makes things faster and even more furious. 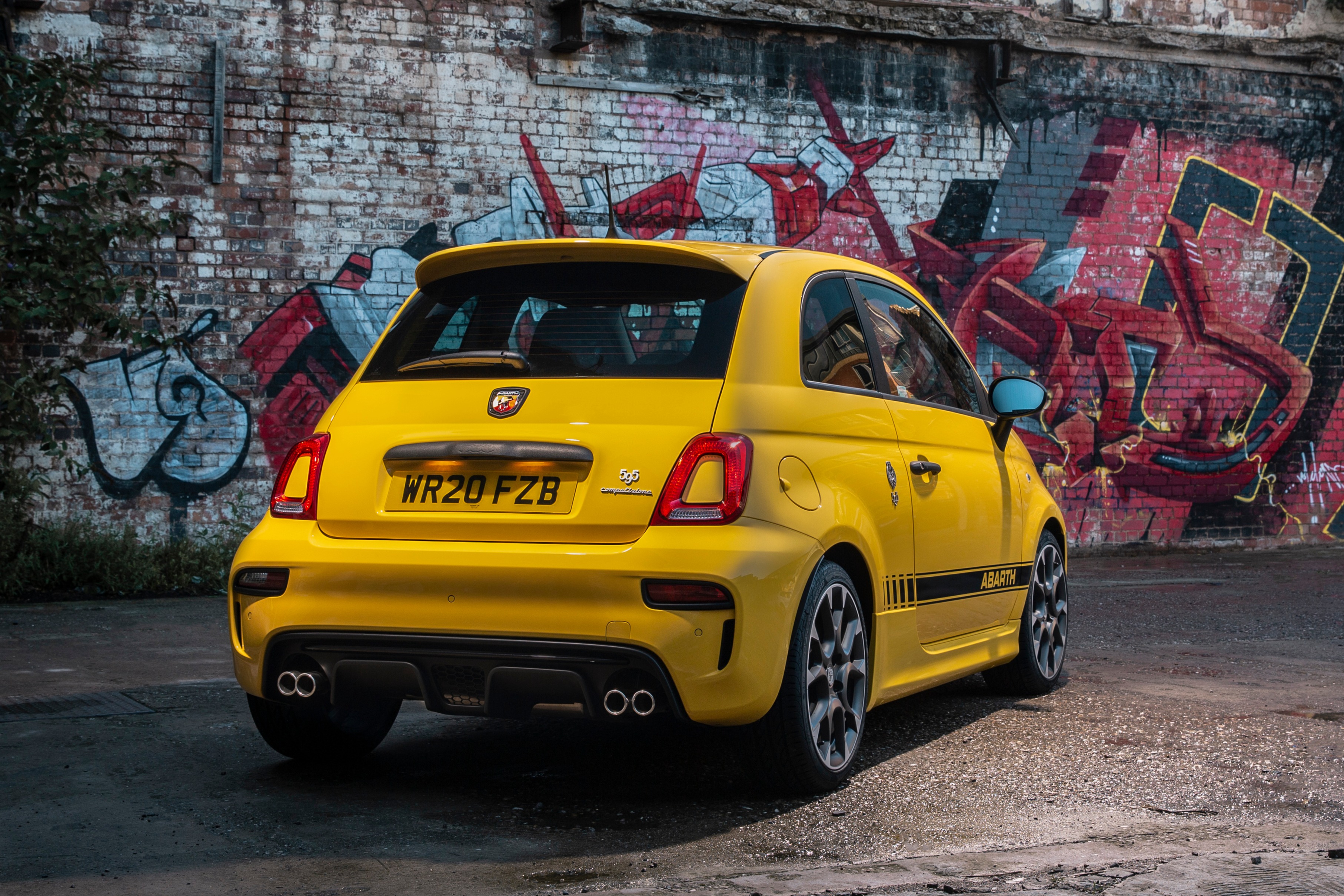 The steering wheel only adjusts up and down, not forwards and backwards, while the seats only do the exact opposite.

So it’s a case of you needing to fit the Abarth rather than the other way round.

The seats are, naturally, the racy bucket types and suspension is the dead stiff sporty kind – so comfort, too, takes a bath.

Plus, while it’s not the Abarth’s actual fault given it’s a Fiat 500, it has a teeny fuel tank and the smallest boot space of any new car in the UK today.

Honestly though, you wouldn’t want to be testing its 185-litre rear end capacity too much, as with its super grippy  handling and potent performance things there might not look quite the same when you take them back out. 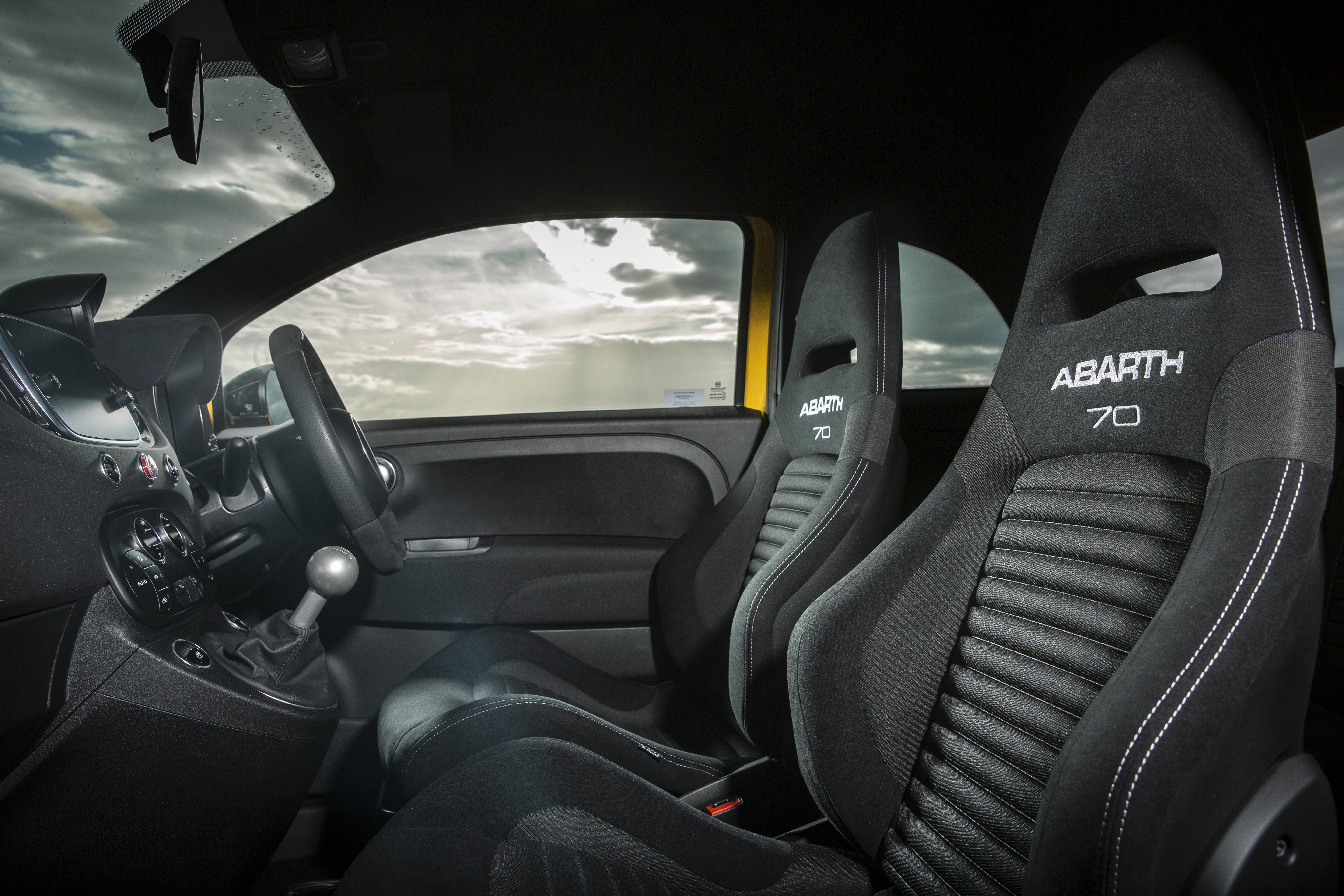 Vastly better suited to an empty country B-road than a motorway, the short-throw five-speed manual is 100 per cent the way you’ll want to go here.

A “robotized” sequential automatic gearbox is also an option but you’d be joining a particularly niche club there – and utterly spoiling the throwback charm. This car is not all about doing without, however. There are a couple of cool things it does have as standard which appeal.

Exclusive  17in alloys, Koni shocks, Brembo brakes, a flat-bottomed  Alcantara sports steering wheel, 7in touchscreen (DAB and Apple CarPlay/Android Auto compatible) and an absurdly gimmicky turbo gauge feature that sees it sprout out from the top of  the dashboard.

And there is a fat body kit and then copious amounts of Abarth’s scorpion logos spattered about the place.

But going full Competizione isn’t about rationality. Not at all.

This loud Italian squirt has no like-for-like rival in the playground. 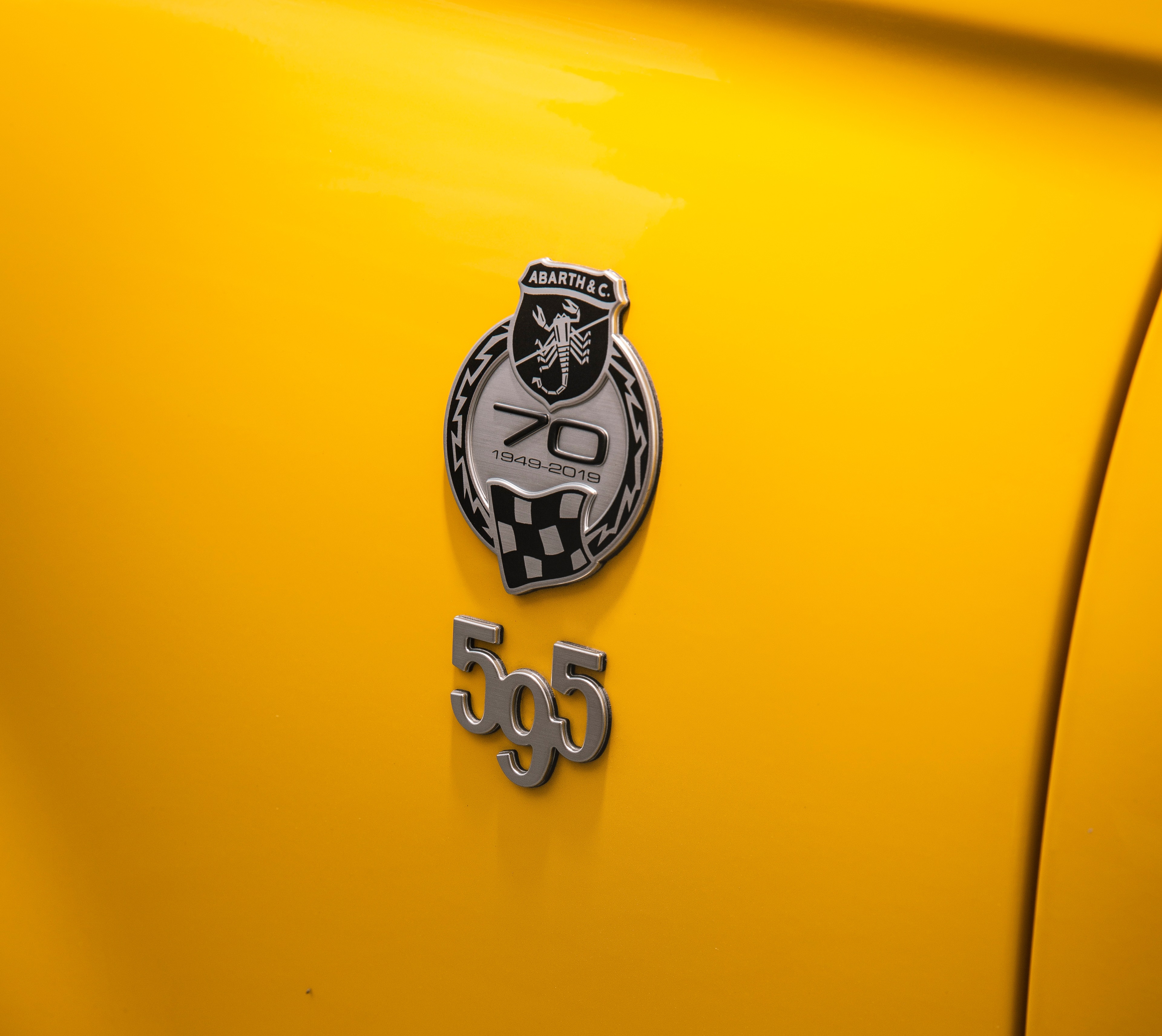 Yet there is one thing more silly than shelling out £23k on an Abarth 595  Competizione, and that’s missing out by saving yourself a few grand and opting for the lower powered (145hp) entry-level Abarth 595.

Now that would be madness. 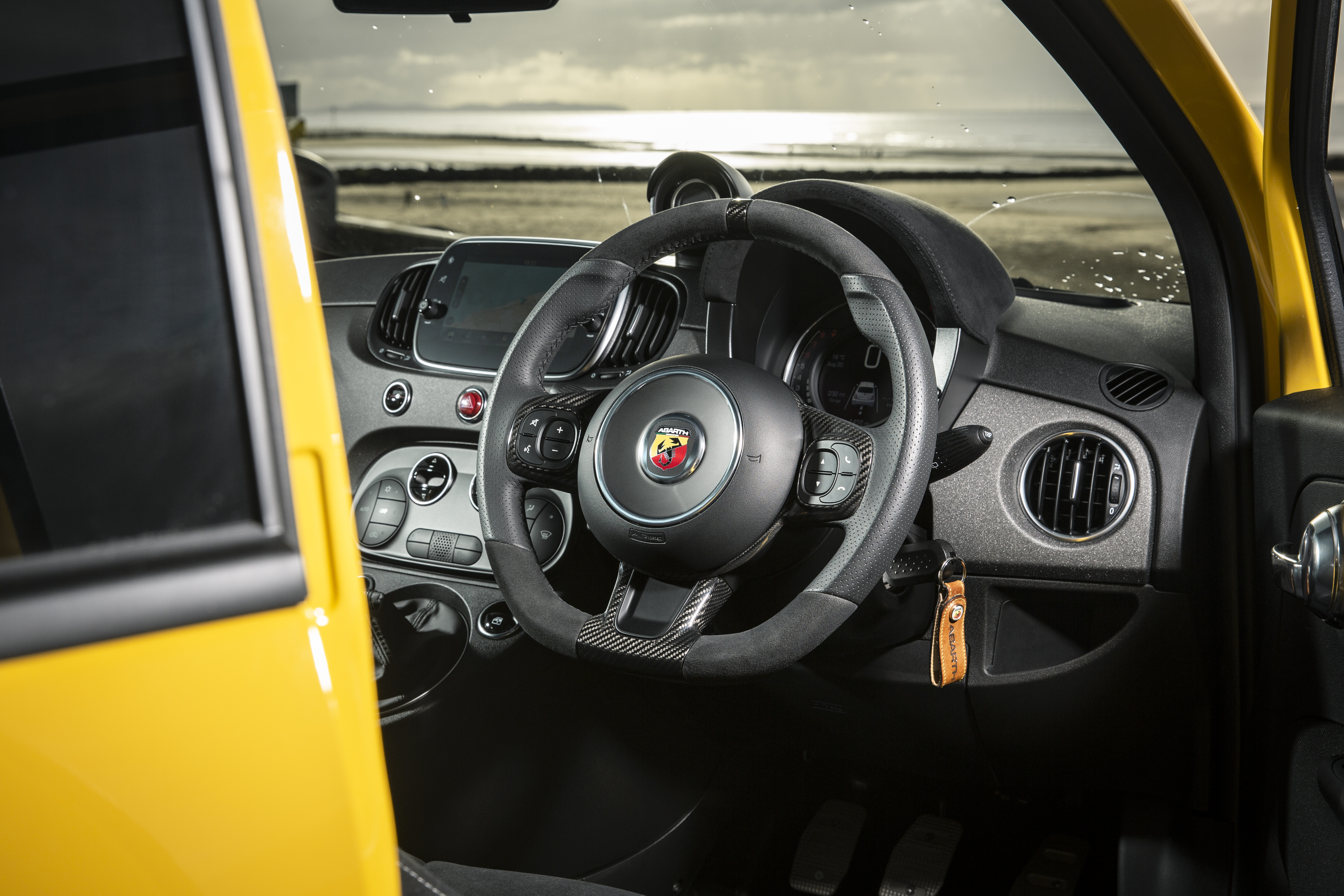