Whether it’s saving money for a future financial milestone or its in the bid to make ends meet, there’s countless reasons why a person may want to cut back on their daily expenditure. Spending money on food is essential, however that’s not to say that there aren’t ways of making money go further on this outgoing.

Reducing spending on groceries is something which many have documented their experiences of online, and this inlcudes the UK Reddit user who goes by the name “atowncalledmallis”.

Writing on a thread two years ago, the budgeter explained that they lived in central London, without a car.

Despite living close to a city centre supermarket, they instead opted to take a weekly journey to a cheaper store in a bid to save money.

The Reddit user explained that the couple tend to take the train to their nearest Aldi or Lidl and then carry their shopping back home. 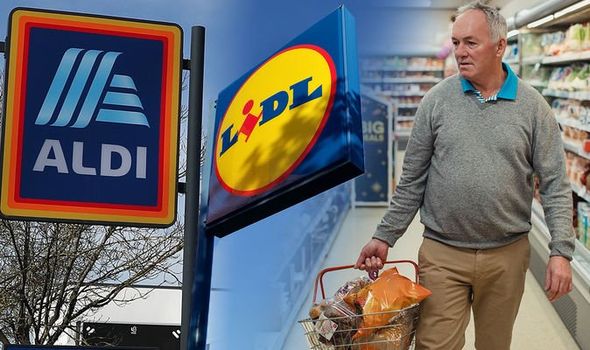 The savvy shopper broke down their money saving tips into three steps.

Among them was a pointer on how to reduce the risk of buying more than they really needed to.

“Step one: Arm yourself with a sturdy backpack (and your partner too if you can – we only have one between the two of us which is sad) and some decent carrier bags,” they wrote.

“I have a great over the shoulder shopper that means I can carry multiple things on days when we get a ton of stuff which is amazing (but also makes my arms ache like mad by the time I get home!) However – having to carry them yourself is also good as you can’t overshop!

“Step two: Aldi and Lidl actually have great meat, fruit and veg. When I didn’t live in a super-overpriced city (here’s looking at you, my rent account) I shopped at the higher end supermarkets Waitrose and M&S.

“I’ve not found a difference in quality so you’re in safe hands here. We also eat mostly fresh food because we are trying to be healthy and the dates are wonderfully long on most of the produce.”

The third and final step according to this savvy spender is to take a look at one’s weekly budget.

“Step three: What’s your budget? If we are getting cleaning stuff and household items – thinking tin foil, bin bags, kitchen roll, our shop will come to around £40 for two of us for the week,” they shared.

“If just food it’s around £25 excluding milk, as we always just grab that when we need it because we barely use it so it isn’t worth us heaving it on the train.”

Giving inspiration to other Reddit users, the shopper also flagged some “good foods” which they have previously put on their shopping list.

They wrote: “MINCE! Beef, pork, turkey or lamb (though we always go for five percent fat beef, 10 percent is mildly cheaper) they sell giant trays of it for around £4.00 which does both of us for lunch for 3-4 days in a chili. Thats a lot of meals!

“Chicken – someone mentioned the frozen chicken, but we also buy the fresh as it’s easy to throw in on a weeknight. 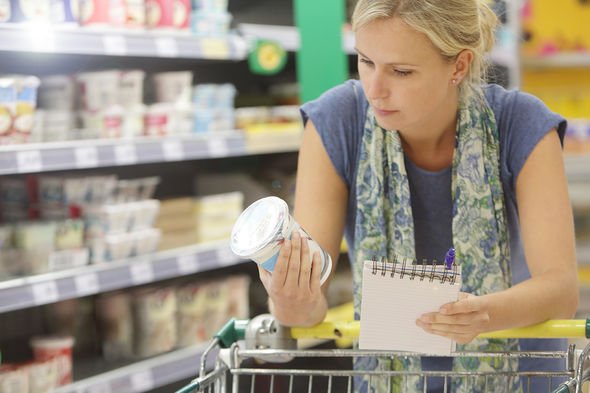 “Salmon – the fresh salmon is the cheapest I’ve found and it is so good. Same for the seabass!

“Steak – this is a splash out week for us (even though by comparison steak is cheap here) the steak is actually really good. Recommend the sirloin or ribeye.

“Veg – every week they have certain fruit and veg on offer. I always try and buy those that they sell for around 59p a pack – they usually have about five that are cheap and always include some kind of veg and fruit e.g. this week it was green beans.

“Great – a pack of green beans (they are big packs) was the accompaniment to our chili for the week. Their vegetables are always nice and I’ve had them last a long time – particularly root vegetables.

“I always find the ‘green’ vegetables are really cheap. Oh and onions! All the onions!

“Salad – their fresh stuff is much better than the ‘salad mix’ stuff at the bottom of the store. I got a giant spinach bag this weekend for 79p! Which is amazing because spinach is stupidly expensive in most places (this idiot once paid £2 for a bag in Sainsburys).

“Also, lettuce and tomatoes. Avocados are expensive anywhere so I take them or leave them if I’m honest – their tomatoes are nice (particularly the vine ripened ones which run at about £1.19 which is cheaper than anywhere else). I’m not a fan of their radishes but some people love them (they’re super strong!) and red onions are cheap cheap cheap.

“Fruit – I’m not totally a fruit person but their bananas have never failed me and they do bags of little apples that are great for taking to work as a snack (you get about 6/7 in a bag).

“Other foods – tinned beans are dirt cheap, chickpeas, red beans, pasatta/chopped tomatoes, all the tinned stuff basically is dream worthy cheap. I’m not a fan of non-branded sweetcorn though so I steer clear. The jar beetroot is as nice as branded if a little sweet.

“Packaged seasoning/food – I am a total curry snob but you can’t go far wrong with their jar curry sauces to be fair. Also, the seasoning mixes are okay such as fajita etc, but they actually sell the proper spices really cheap. Also those lazy style garlic and chilli are cheap there for those weeknight I-don’t-want-chilli-hands nights.

“Dairy: goats cheese there is life, especially the creamy whip one. Also the cheese in general is cheap and good quality. Yoghurts, particularly the greek style, are really good.”

So, what do this couple tend to eat each week?

The savvy shopper also explained that they tend to batch cook a chilli con carne dish one night, and portion it out for the week with a side vegetable for lunch.

“You can freeze it too if you’re worried about date stretching,” they penned.

They typically also make fajitas wraps with chicken, peppers, onion, and seasoning as well as avocados for guacamole if they’re “feeling fancy” one night per week.

Another go-to meal choice is cooking a curry, and on other nights they may have “salmon with a dash of lemon and vegetables”.

The Reddit user concluded: “Your best bet is to get the fresh stuff and play with some seasoning or try a side sauce if you’re unsure.

“You can get some really good quality stuff from the cheaper supermarket, which I would have never believed, had I not actually began to shop there.”