Bundy — best known for leading the armed militia occupation of Malheur National Wildlife Refuge in 2016 — shared a video on Facebook showing him and dozens of protesters standing outside the home of the Meridian Police Department officer.

“There was a woman at a park with her children and she was arrested!” Bundy screams at the four or five cops standing in the driveway, watching guard over their fellow officer’s home. “Completely inappropriate.”

Bundy was referencing the arrest, earlier that day, of Sara Walton Brady, a prominent Idaho anti-vaxxer who staged a protest at a Meridian playground shuttered due to town measures to slow the spread of COVID-19.

Another video posted to Twitter shows Bundy leading the same group of protesters Tuesday outside the Emmett, Idaho, home of Republican Gov. Brad Little, who has instituted a stay-at-home order in the state.

Bundy can bee seen in the video sticking a piece of paper to Little’s front door listing his grievances with the governor’s stay-at-home order.

The two demonstrations are Bundy’s and his supporters’ latest attempts to pressure the governor to ease up on the shutdown orders that are undoubtedly saving lives in Idaho, a state hit particularly hard by the pandemic. Bundy previously held a crowded Easter Sunday church service in defiance of state orders against mass gatherings.

“He is directly challenging law enforcement and the rule of law,” Schubiner said. “His message to law enforcement is clear — if you enforce public health rules you will have a crowd of angry, armed protesters on your lawn.”

“It is beyond reckless to violate common-sense public health regulations in the midst of a pandemic, and it is truly unfortunate that Bundy is putting his own supporters at risk,” Schubiner said. “But for Bundy, the COVID-19 pandemic is an historic opportunity to recruit supporters and spread his extreme anti-government views.”

Bundy’s stunts in Idaho are part of a larger right-wing movement across the U.S. to push back against government-mandated measures implemented to fight the coronavirus pandemic, which has already killed over 45,000 people in the U.S. 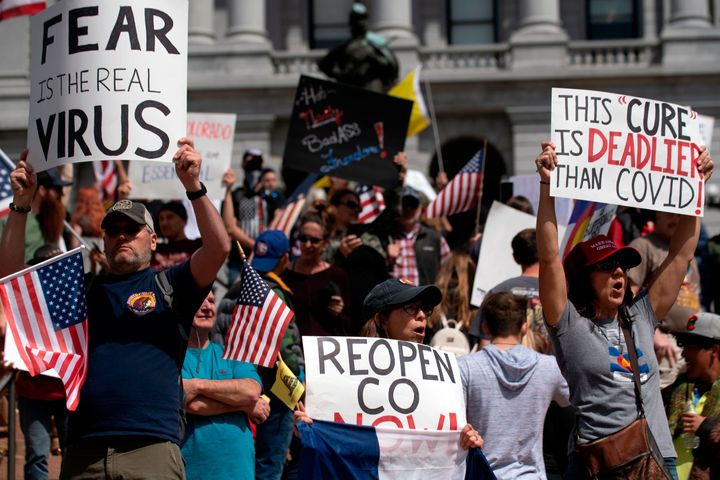 The movement, fueled by wild conspiracy theories and misinformation about the virus, has led to a series of anti-lockdown protests in state capitols across the country, where participants gleefully flout social-distancing guidelines.

This movement has also seen militia types like Bundy join forces with anti-vaccination activists, or anti-vaxxers, who believe incorrectly that vaccines, which save countless lives every year, cause autism or other chronic illnesses.

Video footage shows her and some fellow anti-vaxxers deliberately tearing down police caution tape on the Meridian, Idaho, playground before entering it Tuesday morning. When police arrive, Walton Brady repeatedly refuses the officers’ requests to leave the playground.

Walton Brady then asks one of the officers to arrest her, and the officer obliges. “Someone call the Idaho Freedom Foundation right now and get them on the phone!” Walton Brady screams, referring to the right-wing organization funded in part by a dark money group linked to the billionaire Koch brothers.

According to the Idaho Statesman, the Meridian Police Dept. said Walton Brady was arrested on a misdemeanor count of trespassing, booked at a local jail, and then released. 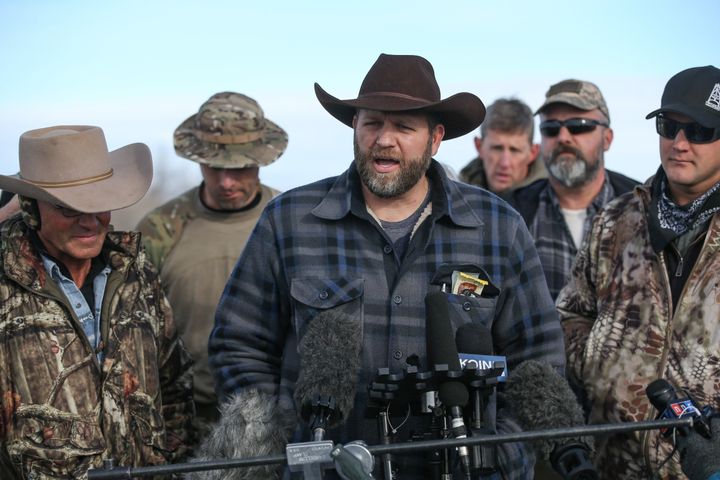 Bundy and his brother, Ryan Bundy, were both acquitted in 2016 on charges of federal conspiracy and weapons charges for their part in leading the armed takeover of the Malheur National Wildlife Refuge, which resulted in a standoff with federal law enforcement, and which energized this country’s growing anti-government militia movement.

A federal judge also dismissed charges against Ammon Bundy, his three brothers and their father, Cliven Bundy, stemming from a separate armed standoff with law enforcement at the family’s Nevada ranch in 2014.