The COVID-19 pandemic has placed extra pressure on reporters and news anchors to fact check the president’s lies. Trump has stood at the podium in the White House briefing room and spread misinformation about potential treatments for the disease, the number and availability of tests, and his predictions for the death toll. How can journalists get accurate information to their audience when the world’s most powerful person is doing just the opposite? Rolling Stone spoke with MSNBC’s Ari Melber, who has been interrupting the president’s press conferences live to inject corrections and facts to find out.

“It’s more important than ever that we report accurate information and confront any attempts to provide misinformation,” Melber says. “Everyone knows that happens a lot in politics. It’s far more consequential when it happens in ways that can literally endanger people’s health and safety. The stakes are obviously extremely high. And I think most people get that right now.”

While some have criticized cable news networks for running the briefings in the first place, Melber thinks that, although the topic is worthy of debate, he sees his role as providing viewers with what is happening, rather than pre-empting the president and not broadcasting the briefings at all.

The Lumineers to Host Colorado Gives Back Livestream Event

“I try to give viewers very clear, direct facts and context for what’s happening,” he says, adding, “These are all definitely understandable debates to have, given the type of president that’s in office. So I’m not in any way diminishing having an open debate about all of it. But at the end of every day, when I’m coming on air, my job is to be clear with you about what happened, not disappear things from occurrence.”

Melber, an attorney-turned-journalist, sees his responsibility as presenting the news as it happens and then adding context, including by bringing in experts. Frequently on his recent shows, he has had medical experts like emergency physician Dr. Peter Tippett, UCLA epidemiologist Dr. Anne Rimoin and Brown University emergency physician Megan Ranney responding to the president’s misinformation in real-time.

“My first obligation is to tell you, well, here’s what happened, and here are the facts around it. And if someone’s lying and we can prove it, let me show you why, and let me bring on the experts to show you why. And if someone is saying something that’s probably not true, but we’re not certain scientifically, and we don’t know whether they’re deliberately lying,” he says, adding that he’d rather give his audience nuance instead of “branding someone” as untruthful: “Sometimes the hardest thing to do is get into all of that nuance while clearly presenting the facts rather than taking a black and white position.”

While Melber has always focused on fact-checking, the current public health crisis has only raised the stakes, Melber says. “This pandemic reminds everyone that none of this is a drill, who you choose to lead the government. How we process information as a society, our ability to wrestle with different ideas while also understanding the difference between what is contested and what has been empirically or factually established. None of this is a drill.” 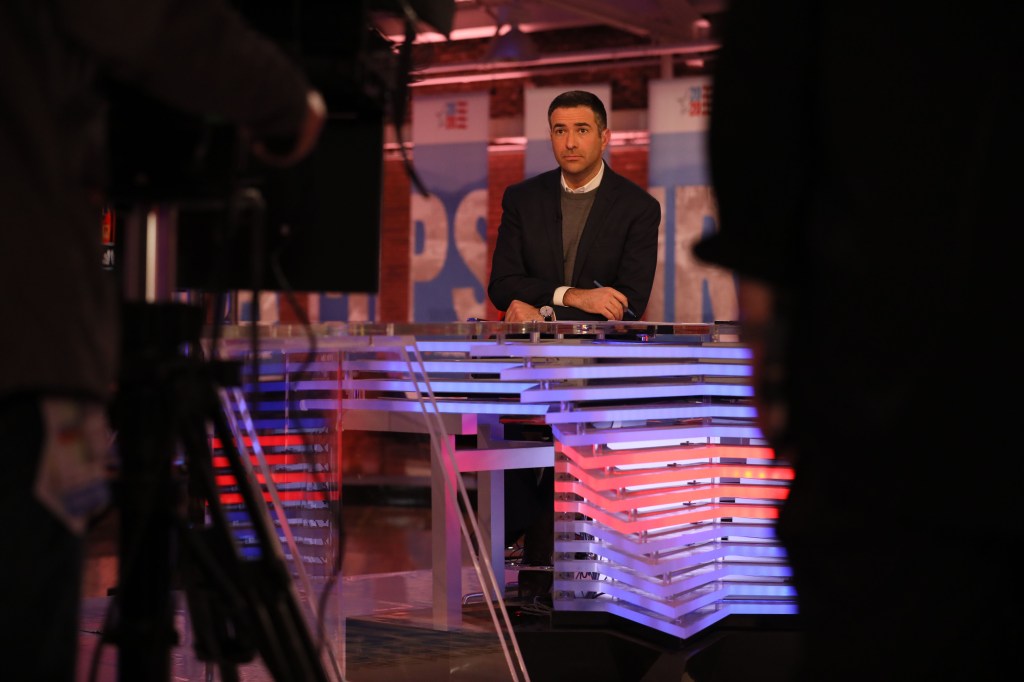 Evidence is mixed as to whether fact-checking is effective. In 2010, academic researcher Brendan Nyhan found that there may be a backfire effect. For example, when people who believed that Iraq had weapons of mass destruction were presented with a correction, it only affirmed their belief that Iraq did have WMD. More recent research, however, has found that, broadly, fact-checking is effective at changing people’s views. As researchers Ethan Porter and Thomas Wood wrote in a 2016 paper, “by and large, citizens heed factual information, even when such information challenges their partisan and ideological commitments.”

And with this pandemic, fact-checking has gotten an even broader appeal. Melber, a rap and hip-hop fan who is known to inject the occasional lyric into his show, also noted how the culture has been adjusting to our new normal and modeling behaviors promoted by the CDC — like wearing masks — even when the president and vice president don’t.

“The culture is rapidly adjusting to this [pandemic] in every sense,” he says. “It is striking to see — because sometimes culture reflects where people are at more than traditional parts of society. Cardi B already had a coronavirus hit organically go viral. DaBaby’s new album debuted at number one, and he’s wearing a CDC-recommended mask on the cover. So while the president is still saying, ‘Wear one or not, it’s up to you,’ departing from his own administration’s medical scientific recommendation, we have artists modeling the CDC-approved behavior.”

But Melber stresses that we can’t rely solely on fact-checkers (or music artists) to do the work for us. We must also be our own fact-checkers. “If you see something on Facebook that says, the CDC says X, and it doesn’t feel right to you, the first thing you have to do is go really be empirical yourself. Go to the CDC and go check the source. Did the CDC really say that? Are you understanding it the right way? Then what do you do about that? While that might’ve seemed like an academic exercise six months ago, today, it is a public health necessity.”