WHOEVER said “you can’t have it all” was wrong. 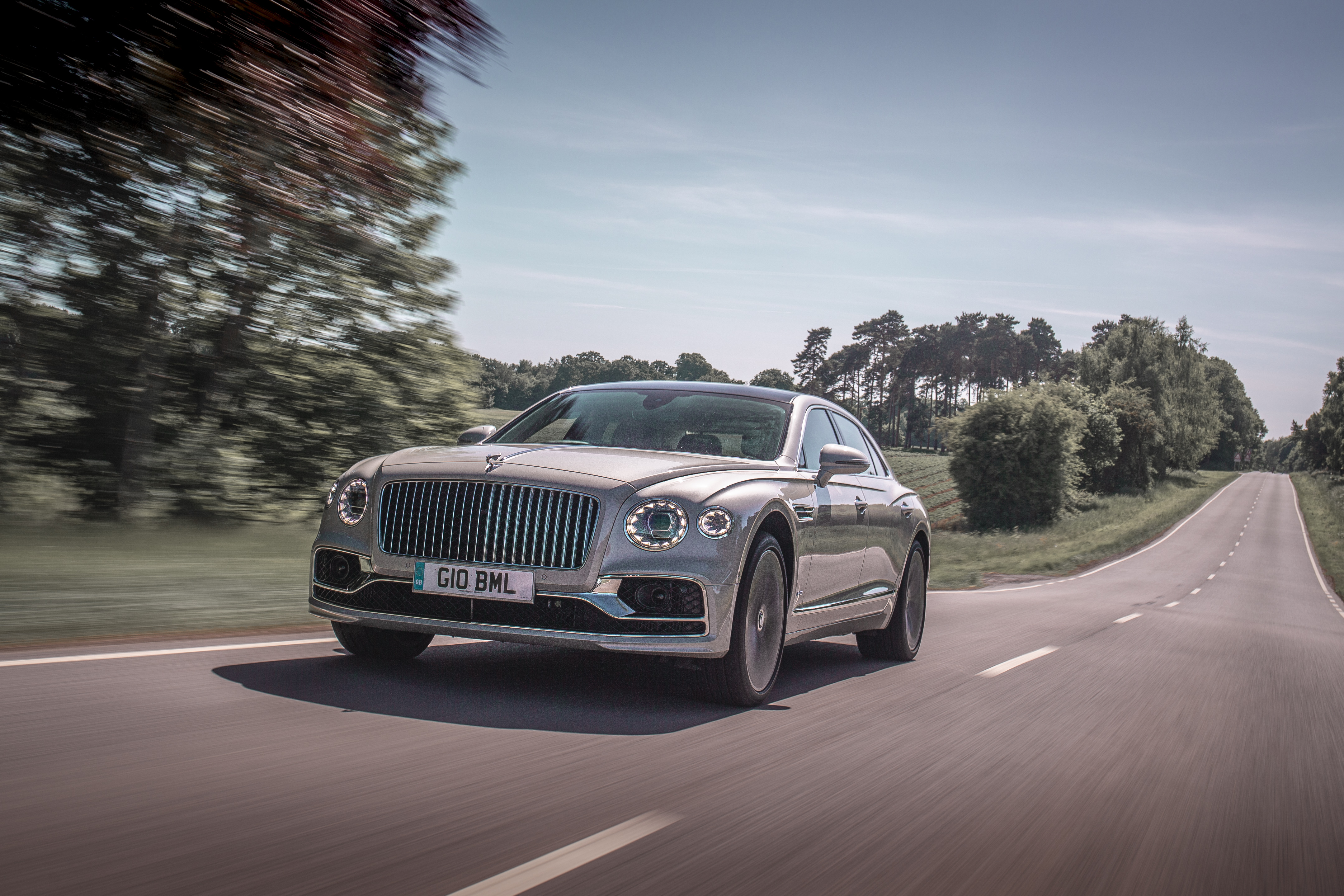 Because Bentley’s latest creation, the Flying Spur, is half Queen’s limousine, half Bathurst racer and 100 per cent sublime.

Way more exclusive than anything German, yet £75k cheaper and better to drive than a Rolls-Royce.

Now, let’s start with what you can’t see.

This big Brit bruiser — the four-door brother to the Continental — sits on the same light, stiff structure as a Porsche Panamera. 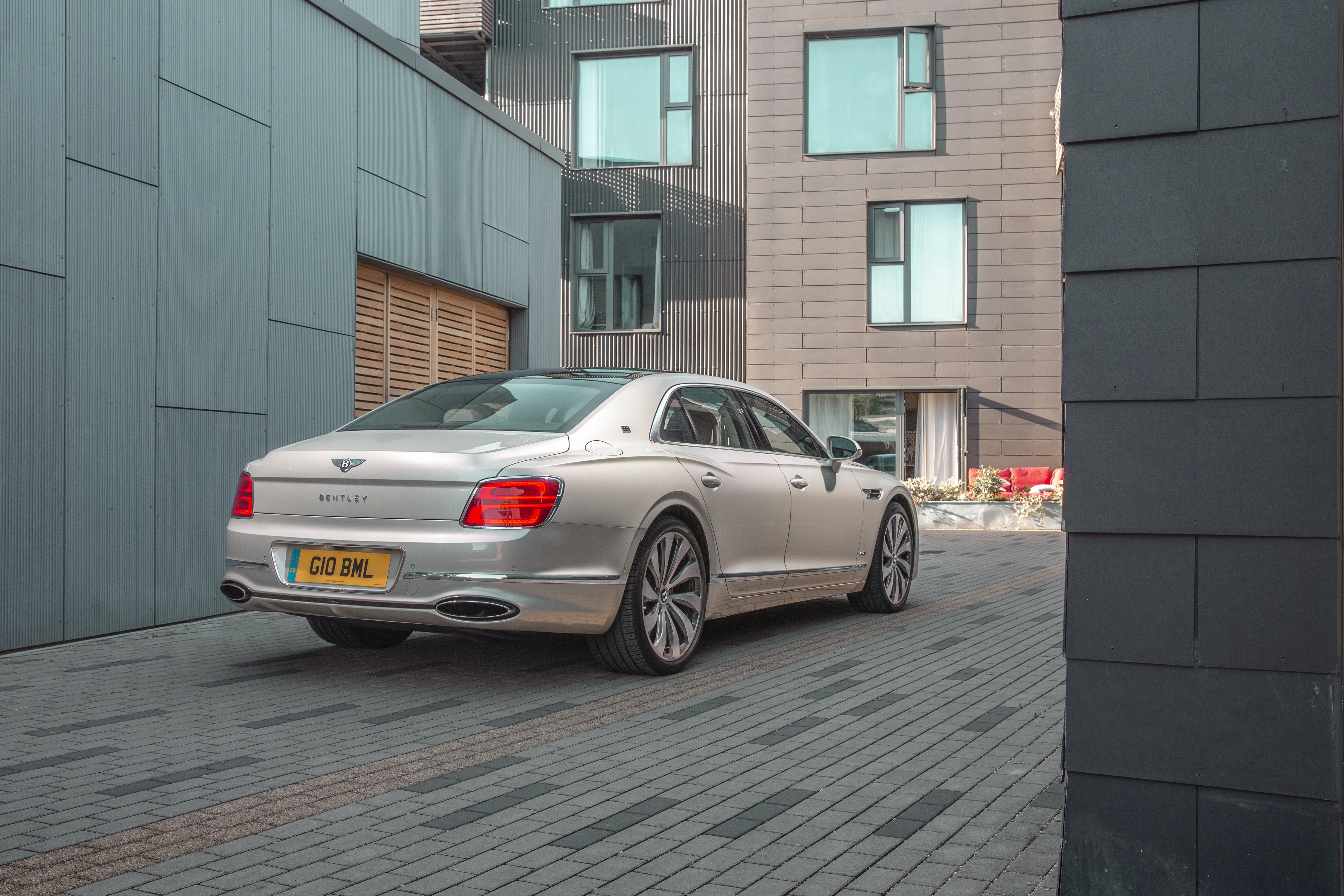 Which is a very good starting point.

In a hurry? Put your foot down and you are riding in a SpaceX rocket. 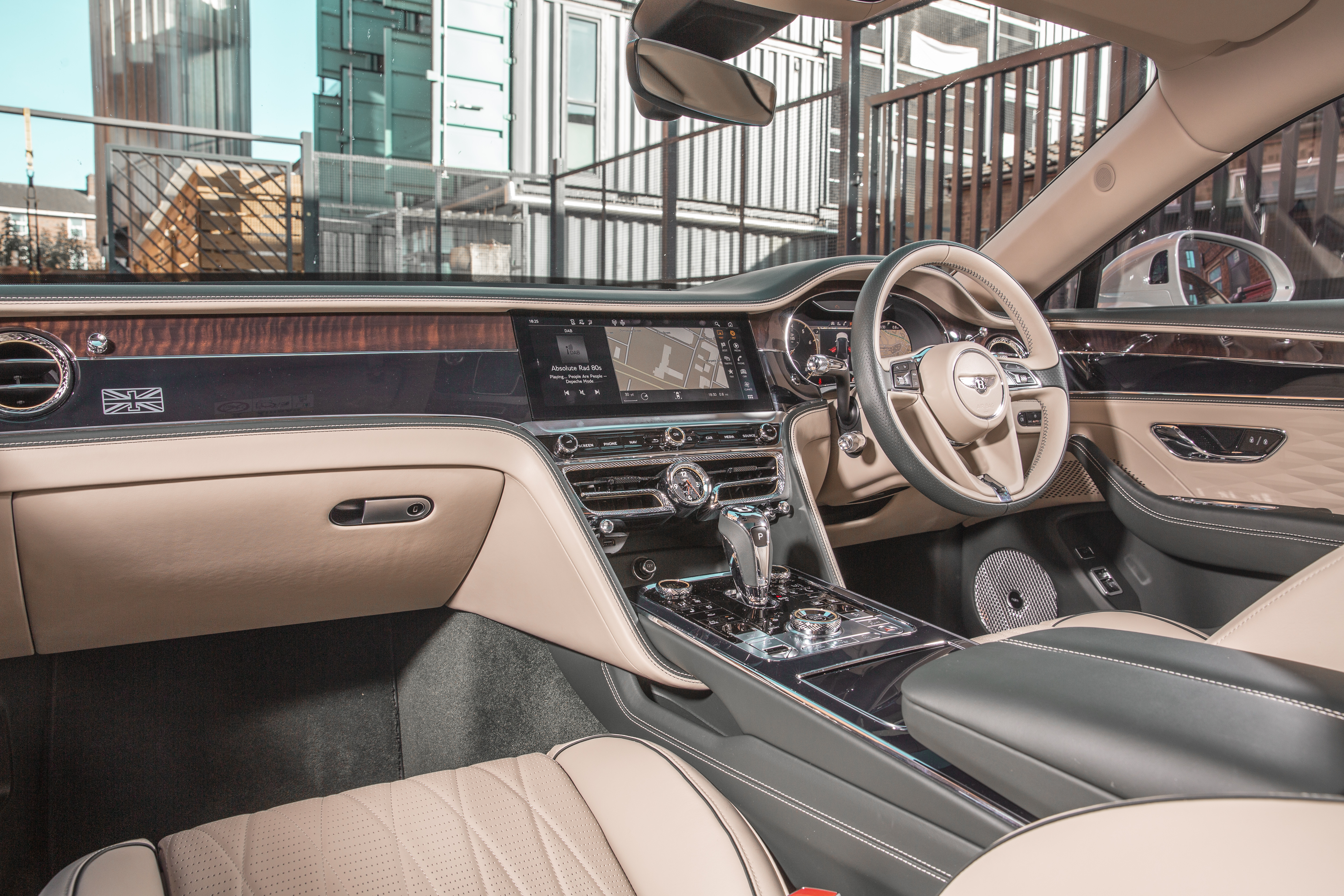 But it’s not just the straight-line speed that’s so extraordinary.

On twisty roads it handles like a car half its weight and can stand on its nose like Lightning McQueen when he’s forgotten something.

The brake discs are bigger than the wheels on a Fiesta. 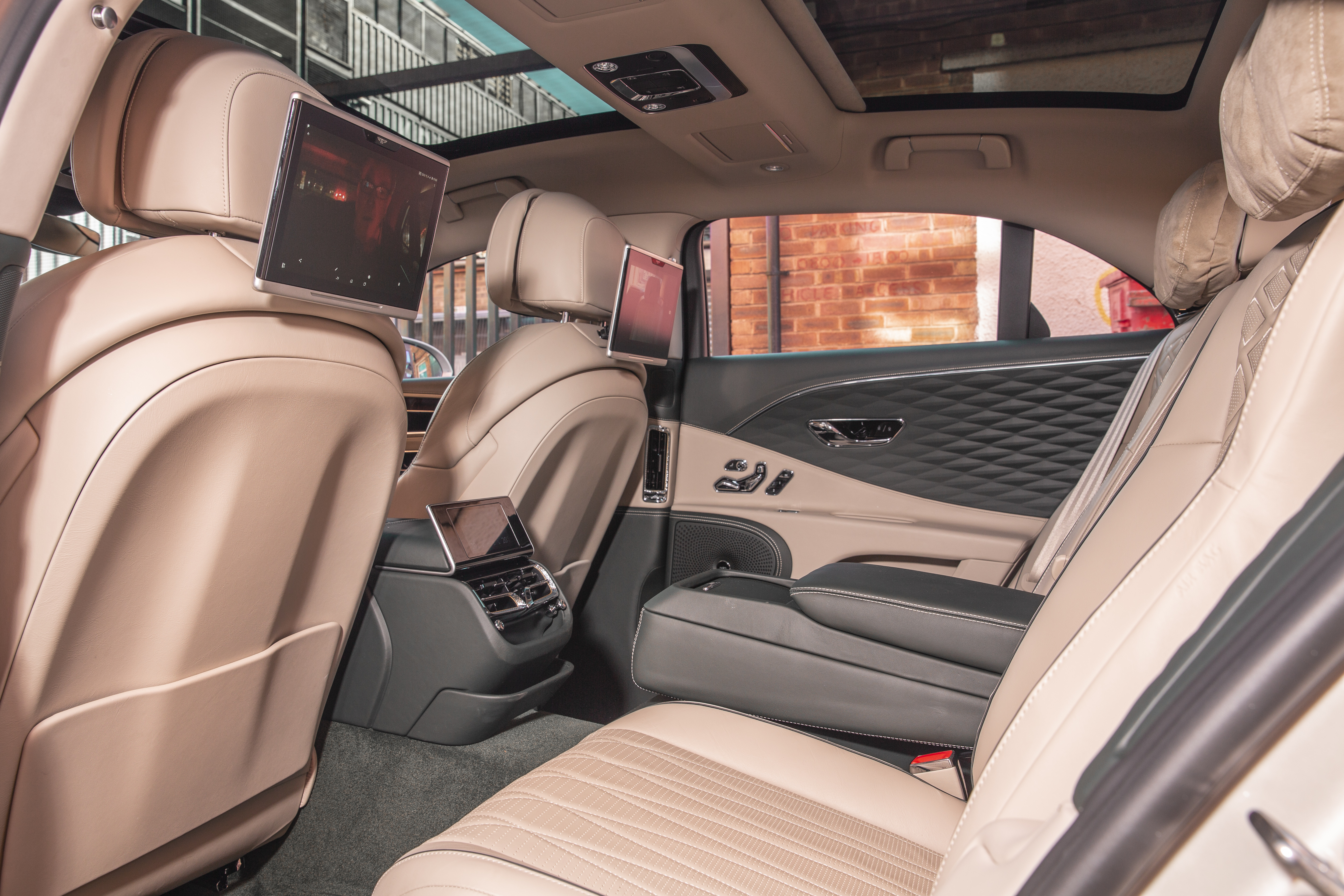 Not in a hurry? Pop it in Comfort mode and you’ll glide along smoothly and silently in the best seats of any car on sale today.

Which brings me nicely to the jewellery box interior.

Yes, it’s a little bit old-school with all the wood and quilted leather and organ-stop vent knobs but it is deeply satisfying. An oasis of calm.

And it’s all about that rear cabin. 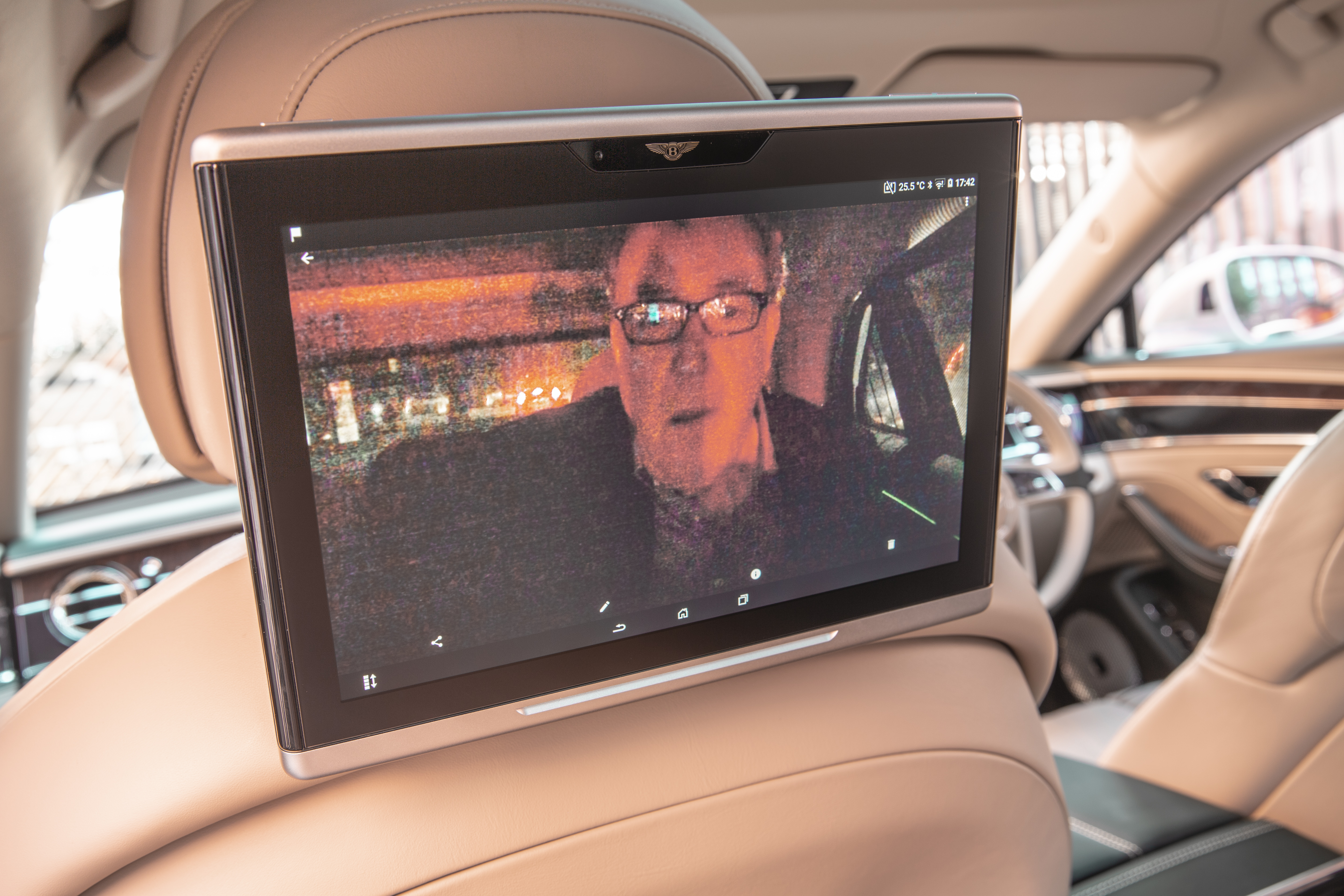 I mean, who wouldn’t want a back rub and a glass of fizz from the fridge while being chauffeured to Ascot or Cheltenham?

Plus, it has toys. Removable tablets in the headrests to watch Netflix, banging 19-speaker Naim sound system and — you’ll love this — a removable five-inch touchscreen remote to control the window blinds, air-con and the pop-up Flying B mascot on the bonnet.

That’s on top of the three-sided central display in the dash that rotates like Bond’s number plate.

It’s a fabulous fusion of cutting-edge electronics and artisan craftsmanship. 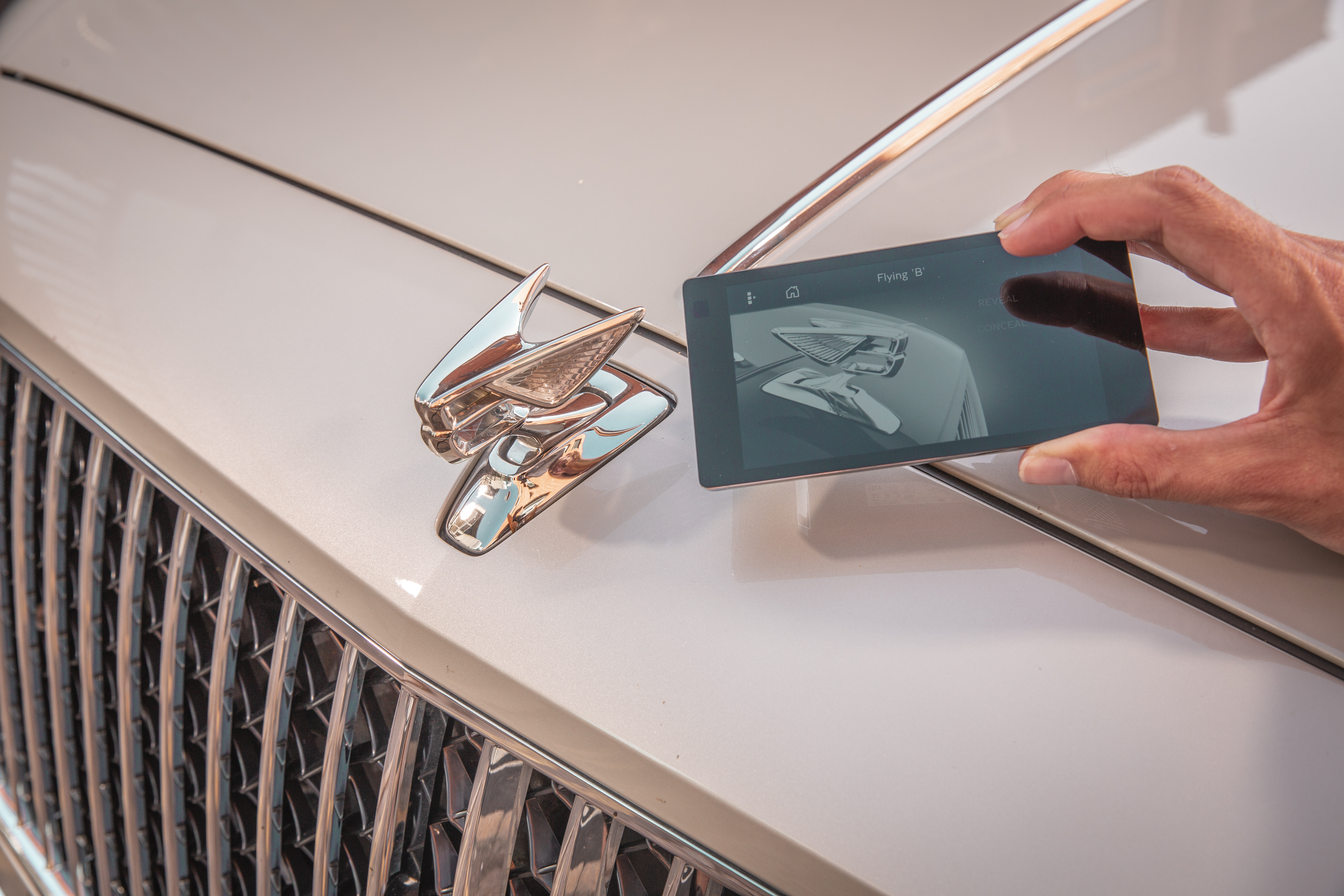 So, there you have it.

Whether you’re travelling in the front or back, fast or slow, the Flying Spur is true luxury.

You really can have it all with a Bentley.