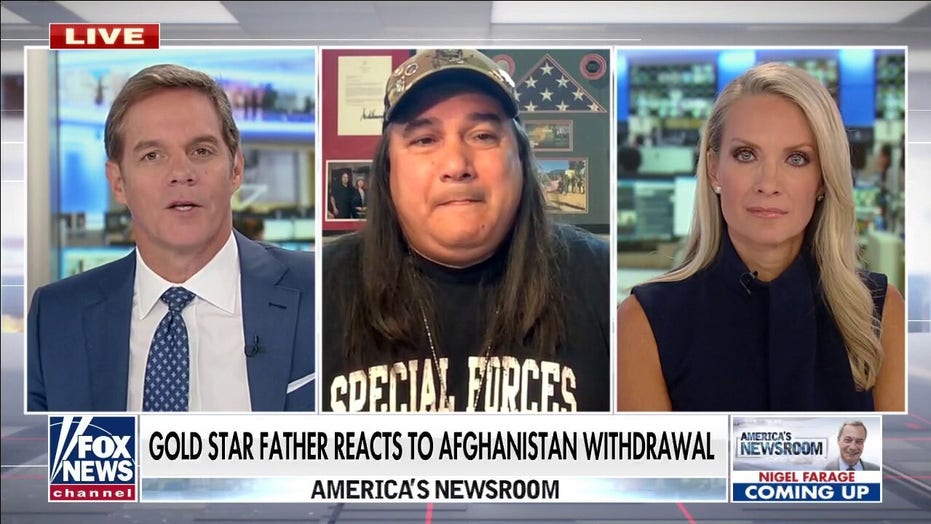 US citizens relying on Taliban for safe passage to airport an ‘unacceptable’ situation: Gold Star father

Javier Gutierrez, father of a U.S. officer who died in combat, reacts to the Afghanistan withdrawal on ‘America’s Newsroom.’

President Biden is attempting to reassure American allies who are casting doubt on his ability to skillfully manage foreign policy in the wake of the botched Afghanistan withdrawal.

During an interview with ABC News’ George Stephanopoulos on Wednesday, Biden was asked to respond to criticism by allies and adversaries of the U.S., including China and Russia, who are expressing outrage over the rushed withdrawal of troops and saying America is untrustworthy.

“You talked about our adversaries, China and Russia. You already see China telling Taiwan, “See? You can’t count on the Americans,” probed Stephanopoulos.

“We have kept every commitment,” replied Biden. “We made a sacred commitment to Article Five that if in fact anyone were to invade or take action against our NATO allies, we would respond. Same with Japan, same with South Korea, same with Taiwan. It’s not even comparable to talk about that.”

Stephanopoulos pressed Biden further, asking him to respond to other leaders who may be thinking, “Look, America cannot be trusted now, America does not keep its promises.”

Biden fired back, “Who — who’s gonna say that? Look, before I made this decision, I met with all our allies, our NATO allies in Europe. They agreed. We should be getting out.”

However, foreign leaders are slamming Biden for abruptly terminating the 20-year North Atlantic Treaty Organization (NATO) campaign in Afghanistan, endangering allied nationals as well as friendly Afghans throughout the country as the Taliban gains control.

German Chancellor Angela Merkel called the rapid withdrawal an “absolutely bitter development,” and U.K. Prime Minister Boris Johnson said it was “fair to say the U.S. decision to pull out has accelerated things,” referring to the Taliban’s takeover of Afghanistan.

Former U.K. Prime Minister Theresa May also expressed concern over the unilateral decision made by the U.S. to remove NATO troops. “What does it say about NATO if we are entirely dependent on a unilateral decision taken by the United States?” she asked British lawmakers Wednesday.

Biden’s other statements during the ABC News interview defending the withdrawal of troops, leaving Americans and Afghan allies in the dust, have come under fire from critics from both sides of the aisle.

The president falsely claimed that the U.S. doesn’t have a military presence in Syria, and also said that “no one’s being killed” despite reports of several deaths near the Kabul airport as Afghans and Americans rushing to evacuate.

The U.S. is continuing evacuations from the Kabul airport Thursday, and the Pentagon confirmed that there are more than 5,200 troops on the ground.