CALL of Duty is forcing some gamers to hand over their phone number before they can play Warzone.

It's a bid to boost account security – but also a clever way to prevent cheaters from abusing the system. 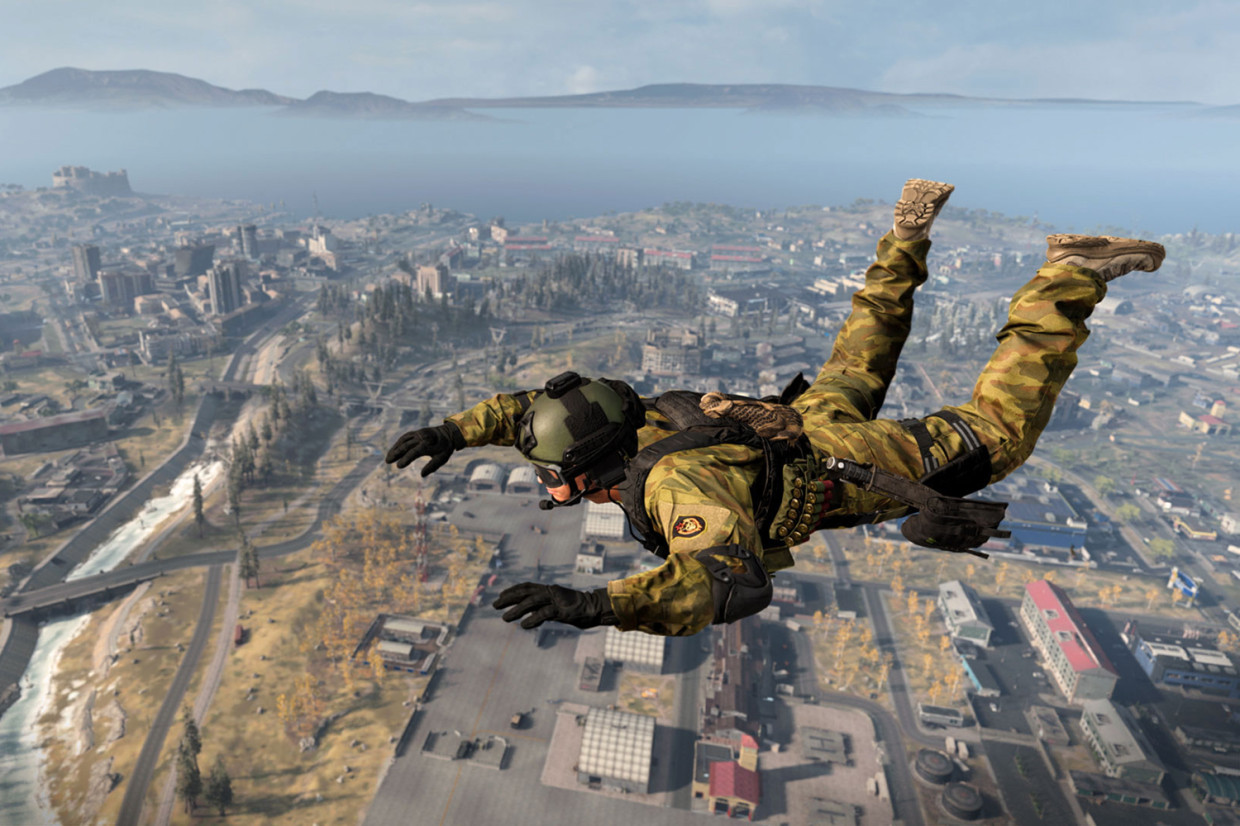 Activision is now enforcing two-factor authentication for some users.

It means when gamers want to log on, they'll need to enter a special one-time code received via text message.

This "second step" is a great way to keep hackers from accessing your account, even if they had your password.

But this will also prevent cheaters who have been banned from making new free accounts over and over. 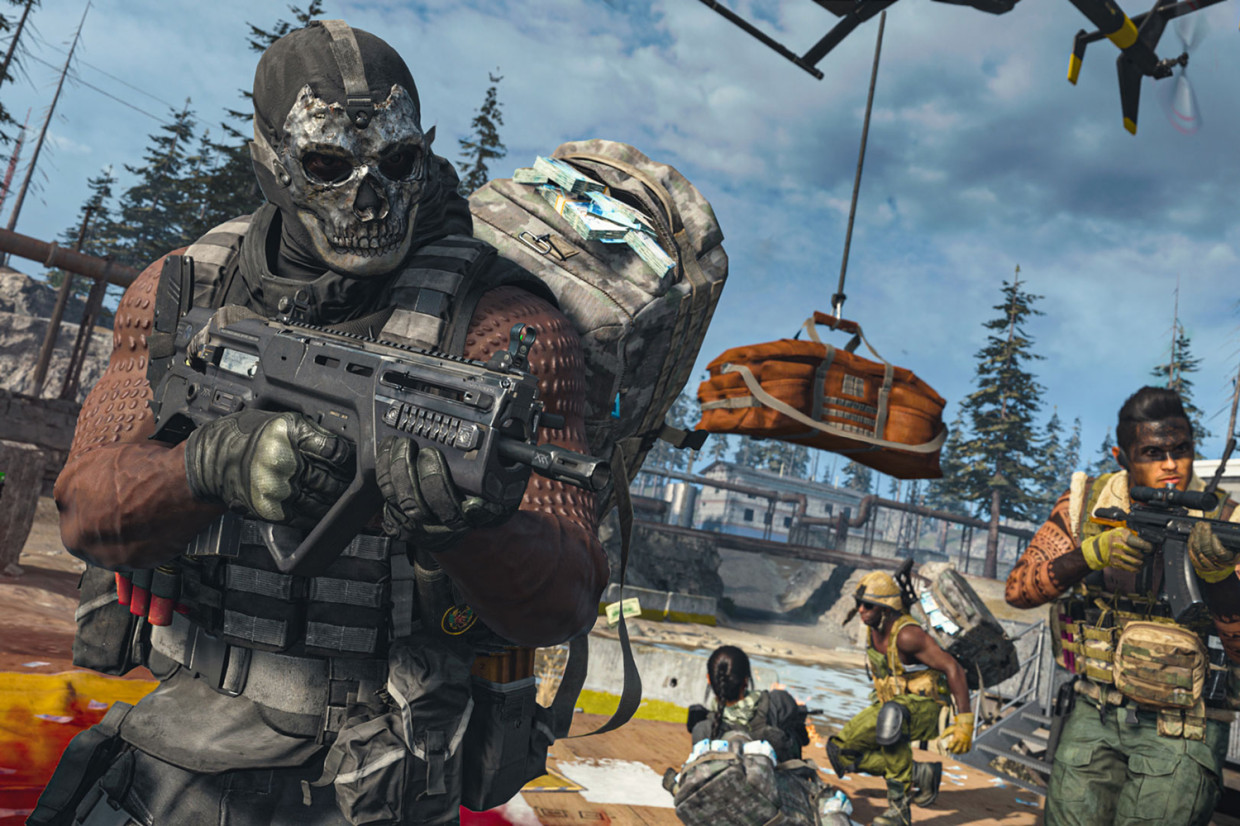 "We have initiated two-step SMS authentication for new Warzone PC users, who log in as free-to-play as another step to provide an additional layer of security for players," Infinity Ward said in a tweet.

And it won't affect you if you're accessing Warzone after purchasing the main Call of Duty game, as opposed to being a completely free player.

Part of the problem for Activision is that it's very difficult to stop banned cheaters from constantly making new Warzone accounts.

By forcing new Warzone players on PC – who haven't purchased the main game – to hand over their phone number, bans are much more enforceable.

It means Activision can get a much better handle on the cheating problem that appears to be plaguing Warzone.

Just last month, Call of Duty began matching suspected cheaters with each other in Multiplayer and Warzone.

And if a cheater that you report ends up being banned, you'll be notified.

How does Activision crack down on cheaters? 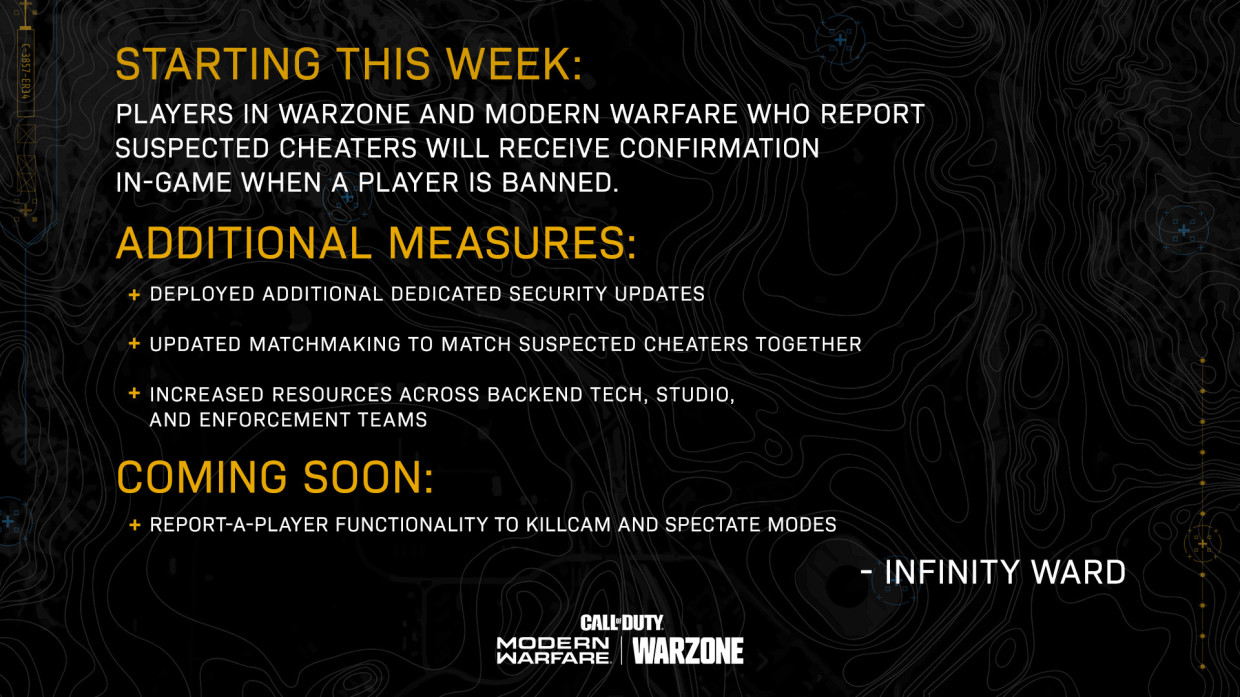 Activision says it has security teams monitoring Call of Duty 24/7 to investigate cheating.

And the company has promised to improve the interface for reporting cheaters in-game.

The game maker says all in-game reports are analysed and investigated.

If a player is found to be cheating – including using "hacks" – then bans will be handed out quickly.

Activision also says it will be providing a regular count on the latest number of players banned.

"We recognise that there’s no single solution for combating cheaters, it’s a constant enforcement every day, 24/7.

"Rest assured, we’re committed to ensuring a fun and fair experience for everyone." 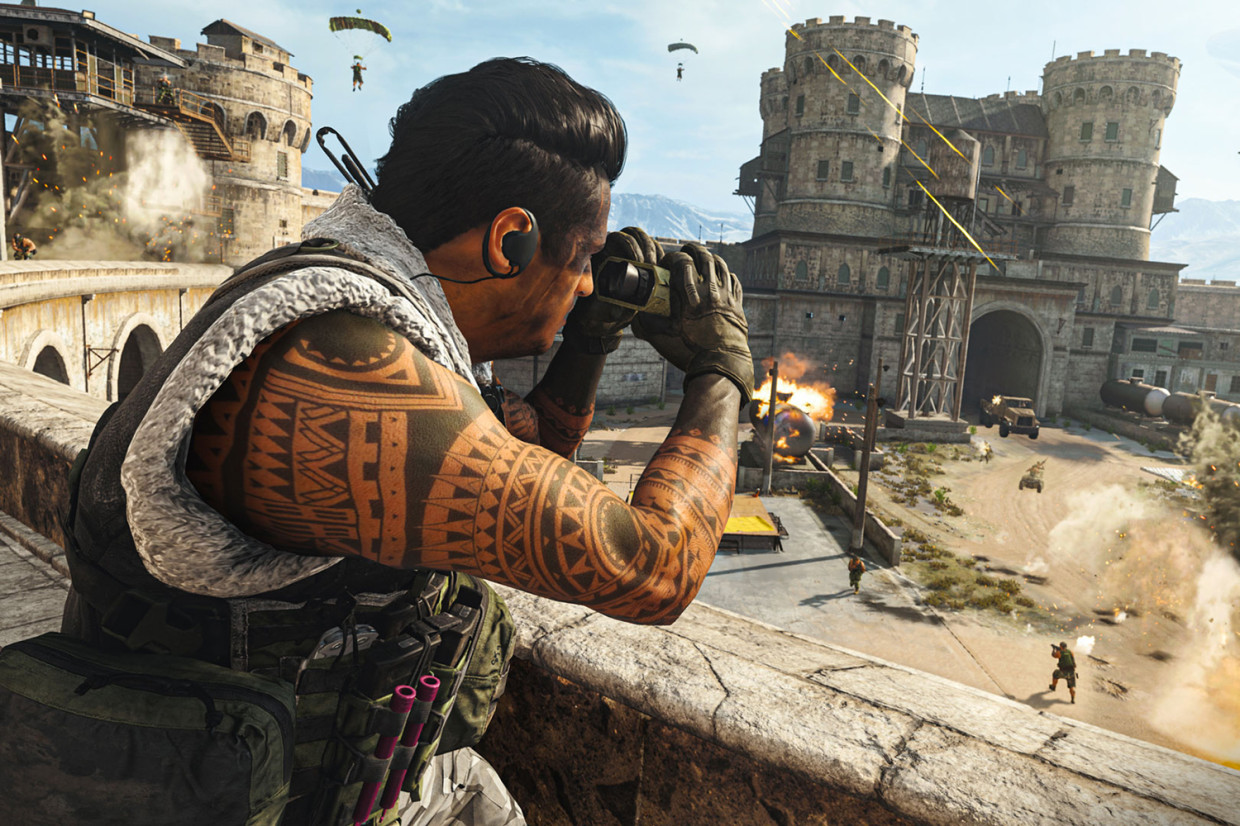 More than 50,000 Call of Duty players have already been permanently banned from the game for cheating in the Warzone mode.

It's a staggering crackdown given that Warzone only released to the public on March 10.

"There's no place for cheating in games," said Activision.

"Warzone has zero tolerance for cheaters. We take all forms of cheating very seriously.

"Maintaining a level and fair playing field for everyone is among our highest priorities."

What is Call of Duty Warzone? 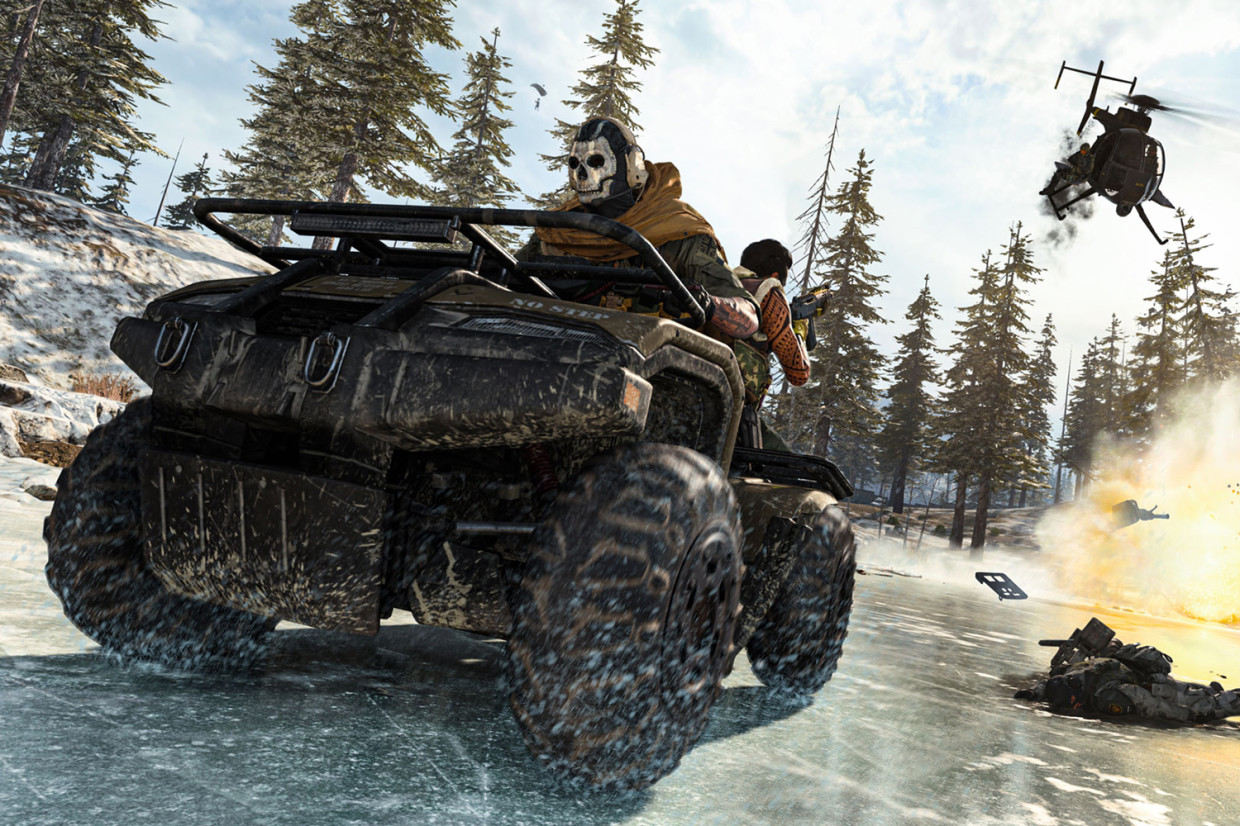 Warzone is a new standalone Call of Duty game that's free to play, even if you don't own a copy of the shooter.

It pits 150 players against one another in a hectic battle to be last man standing and is available to download from March 10 on Xbox One, PS4 and PC.

Players form squads and the new mode supports crossplay, which means people on PlayStation and Xbox will play against one another.

There are two Warzone modes available: traditional Battle Royale and a Plunder mode.

Battle Royale games take on roughly the same rules as Fortnite, with 150 players dropping into a huge map where they fight to be the last man standing.

As the match goes on, gamers are gradually eliminated and the map gets smaller via an ever-tightening circle of poisonous gas that you must dodge to survive.

Fortnite's own Battle Royale mode helped make the game a huge success and it seems Activision, the studio behind Modern Warfare, is following suit.

The other mode, Plunder, has players collect as much cash as they can by looting items and stealing enemies' money across the all-new map.

In other news, we reveal the best places to land in Warzone.

And check out the latest info on Rockstar's rumoured GTA 6.