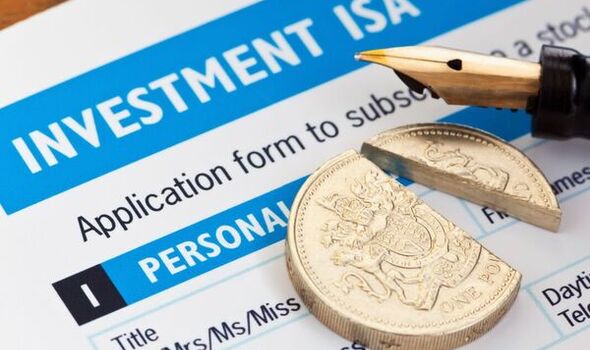 2022 has been a desperate year for investors as global stock markets have crashed due to war in Ukraine, rising interest rates, post-pandemic supply chain shortages and continued Covid lockdowns in China. Now things could change.

The longest bull market run in history began after the financial crisis in 2009, and came to a dramatic end this year.

In the US, share prices fell more than 25 percent, while its technology sector crashed by a third, as Tesla, Facebook (now Meta Platforms) and Netflix all plunged.

The UK’s FTSE 100 has held relatively firm, despite the nation’s political and economic troubles.

London’s index of top stocks is full of solid, dividend-paying companies in sectors such as banking and energy, that have done relatively well this year.

Now investors could be in for some much-needed good news because the run-up to Christmas is often the most wonderful time of the year for stock markets.

Traders and investors are gearing up for the traditional end-of-year surge known as the “Santa rally”.

This well-known stock market phenomenon is more than a myth, December really is the best month for investors, according to new research by platform Bestinvest.

It examined global equity returns over the last 50 years and found markets climbed three quarters of the time in December, a far higher proportion than any other month.

“That is high compared to the average monthly return for global equities across all months over the last half century of 0.95 percent.”

He added: “Far from being a myth, we found compelling evidence to support the idea of a Santa Rally.”

The FTSE 100 does particularly well in December, delivering positive total returns 76 percent of the time, with an average monthly gain of 2.26 percent.
The City of London loves Christmas.

One theory is that City fund managers position for the year ahead by investing any spare cash to “window dress” their portfolios ahead of reporting periods.

Another is that hedge funds who take negative bets on companies by shorting their stocks buy them instead to close their positions. “Or it could just be the magic of the festive season lifting spirits,” Hollands added.

While there is no guarantee the Santa rally will appear this year, shares look cheap by historical standards after recent falls.

“While it rarely seems like it at the time, investing when times are tough and markets are down can often prove to be a good entry point for long-term investors,” Hollands added

The FTSE 100 has enjoyed a Santa Rally in 25 out of the past 30 years, including both 2020 and 2021 despite pandemic uncertainty, said Fidelity International’s investment director for personal investing Tom Stevenson. “While stock market superstitions are rarely taken too seriously, the Santa Rally does seem to be the gift which keeps on giving.”

Stevenson suggested another reason for the Santa rally. “Trading tends to be thinner around the Christmas holidays so movements in the headline levels of indices can be amplified.”

He cautioned that stock market performance is affected by many external factors, not just the time of year. “Relying too heavily on calendar hooks like the Santa rally could prove very costly if you get it wrong.”

Stevenson said investors should not take a positive end to the year for granted as trying to second-guess share movements is risky. “Staying invested throughout market cycles, saving regularly and being well diversified across asset classes and geographies beats trying to time the market.”

Another danger is that markets fall back in January as the post-Christmas hangover kicks in, although Hollands pointed out: “January has delivered an even higher average return of 1.71 percent over the last 50 years.”