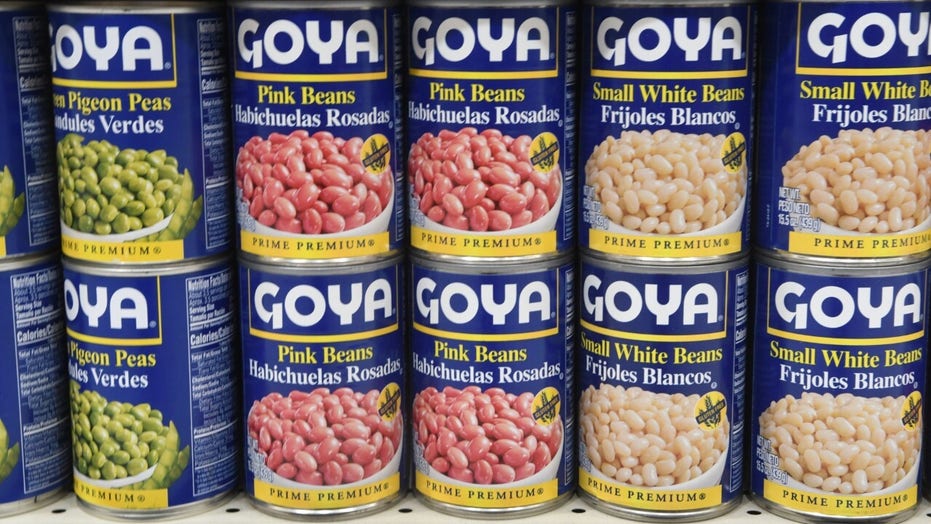 President Trump said the attempted boycott of Goya foods has backfired as the company’s CEO came under fire for his visit to the White House and kind words about the President.

CNN's most prominent anchors took turns trashing President Trump on Wednesday for expressing his support for Goya products amid the boycott fueled by prominent Democrats.

Conservatives have been rallying behind the iconic food company after its president Bob Unanue received backlash for praising Trump at the White House last week, saying the country is “truly blessed” to have a president like Trump.

Democrats like New York Rep. Alexandria Ocasio Cortez and former Obama HUD Secretary Julián Castro were among those who called for a boycott of Goya products.

Following his daughter Ivanka Trump, who on Tuesday shared a picture on Twitter of herself holding a can of Goya black beans, the president followed suit on Instagram and shared a picture of himself in the Oval Office giving two thumbs up behind a spread of the company's products on the Resolute Desk.

However, the gesture did not sit well at the anti-Trump network.

"When you want aggressive leadership pushing a nationwide testing and contact tracing program to contain and then end the pandemic but instead get bupkes," CNN anchor Jake Tapper reacted on Twitter.

Keeping the image up for over seven minutes, Cooper blasted Trump and his White House over efforts to undermine Dr. Anthony Fauci, insisting "they don't have the guts" to apologize to him.

"You tell me how a president in the middle of a pandemic has got time for this bulls—! Are you kidding me!" Cuomo shouted. "Hawking products? Goya, I don't care who it is? Resolute desk? This is what he is resolute about! Pandemic priorities?"

He took aim at Ivanka Trump, who he stressed was a "top White House adviser," as well.

"The idea of him messing with Fauci while he's selling magic beans is crazy," he added.

Cuomo previously declared his brother, Democratic New York Gov. Andrew Cuomo as the "best politician in the country" despite the over 32,000 that died in his state and his controversial handling of nursing homes during the outbreak.

"I'm wowed by what you did and more importantly, I'm wowed by how you did it… Obviously, I love you as a brother. Obviously, I'll never be objective. Obviously, I think you're the best politician in the country," the CNN anchor told Gov. Cuomo during a recent interview. "But I hope you feel good about what you did for your people because I know they appreciate it. Nothing's perfect, you'll have your critics, but I've never seen anything like what you did and that's why I'm so happy to have had you on this show and I hope you know that."

The "Cuomo Prime Time" host had little to say about the poster his brother is selling that touts his response to the outbreak. The governor was pummeled by critics, including Jake Tapper.