WASHINGTON ― The fast-food chain Shake Shack on Sunday said it would return a $10 million forgivable loan it received through a new federal program that is supposed to help small businesses hit hard by the coronavirus downturn. But the giant company did not receive the loan by mistake.

When Congress created the Paycheck Protection Program, a $350 billion anti-layoff initiative, as part of the Coronavirus Aid, Relief and Economic Security Act, lawmakers made specific accommodations for the hospitality and food service industries.

Before it ran out of money last week, the program was open to any business with fewer than 500 employees, and that employee count was per location for businesses like hotels and restaurants. That meant individual restaurants that are part of large publicly owned companies and locally owned outlets with deep-pocketed franchisors qualified for loans.

Franchises of Ruth’s Chris Steak House, Potbelly and Taco Cabana and chains like Shake Shack got millions of dollars in loans. Millions of true small businesses were locked out of the program.

“It’s just bad public policy to allow these deep-pocketed franchise operations to get access to this money,” said Amanda Fischer, policy director at the Washington Center for Equitable Growth.

Banks and large corporations used the program as written, she emphasized. “Congress contemplated this and wrote it into the legislation and now these businesses are taking advantage of it,” Fischer said.

The program was intended to reduce job losses from the economic shutdown undertaken to slow the spread of the virus, but the inequitable distribution of funds among businesses has become a political flashpoint. And the complaints about bigger companies getting the money echo other criticisms that the CARES Act has unduly funneled money to corporate America with too few restrictions and too little oversight.

Small business owners who are actually on their own are up in arms.

“The big corporations got all the money,” said Tosha Kelly, who owns a child care center in Chicago with room for about 20 kids. Kelly said she applied for a loan for her center, but learned on Friday that the program was out of money. “I never understood how they can compare us with companies that have 15, 20, 30, 40 stores. That right there was not fair. Really misleading.“

Even executives at some bigger firms agreed.

“If this act were written for small businesses, how is it possible that so many independent restaurants whose employees needed just as much help were unable to receive funding?” Shake Shack founder Danny Meyer and CEO Randy Garutti said in a statement. 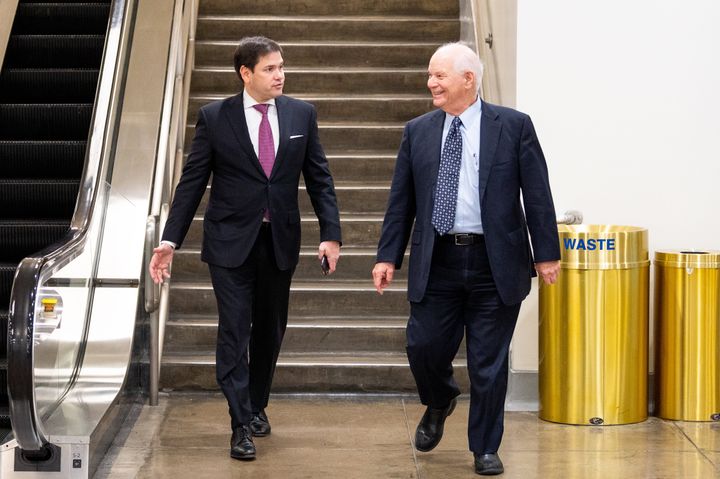 As Republicans and Democrats fight over whether to attach new rules to a fresh round of funding for the Paycheck Protection Program, Sen. Marco Rubio (R-Fla.), one of its main architects, has been trying to explain what happened.

“Everyone agreed that we wanted to open this up to more than the traditional small business,” Rubio said Monday in a Twitter video, noting that independent contractors and nonprofits are also eligible. “And that’s why we expanded this to include restaurants and hotels who are part of chains,” he said.

Nevertheless, Rubio said, some of the companies that qualified for loans “were not what we intended.” He said that the program was put together in a matter of days and that he hoped things would work better with the second tranche of money Congress is contemplating.

The program’s guidance for borrowers stated that they must certify in good faith that “economic uncertainty makes the loan necessary to support your ongoing operations,” which turned out not to be the case for Shake Shack. In the end, the chain, which is publicly traded and employs 8,000 people in 189 restaurants, was able to raise $75 million from shareholders.

That’s precisely why franchise chains and public companies should have been left out of this program, critics argue. Those companies have other ways of raising money.

“That’s the point of being publicly traded ― you don’t have to rely on people you know or a bank loan. You got out and you sell shares,” Fischer said. “Everybody invested in the stock market can get a piece of you.”

She said that if Congress pours more funding into this program, it should specify that public companies do not qualify. Fischer also pointed out that some hedge funds have also applied for loans, and she suggested that any financial institutions should be blocked from getting government grants and loans.

“Right now, companies that are not being harmed at all by the Coronavirus crisis have the ability to receive taxpayer-funded loans that can be forgiven,” Scott said in a statement.

Congressional leaders are racing to hammer out a deal this week that would add billions more to the Paycheck Protection Program. Their tentative agreement would offer another $300 billion in loans with a portion set aside for rural and minority-owned businesses, as well as funds for hospitals, coronavirus testing and disaster relief.

But key sticking points remain. Democrats are still pushing to include aid for states and cities, whose budgets have been badly hit by the crisis, while Republicans and the White House prefer doing so in the next relief package. 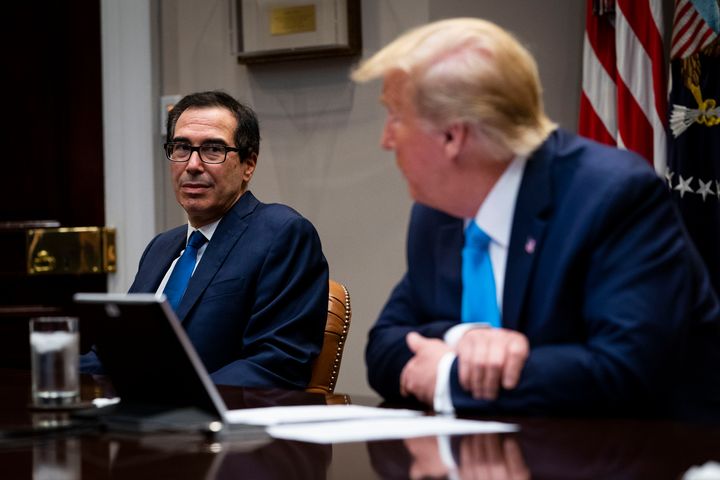 The Paycheck Protection Program covers two months of payroll costs through a forgivable loan of up to $10 million per company. If the borrower avoids layoffs and uses at least 75% of the funds for payroll during those two months, then it doesn’t have to pay the money back.

But Congress put banks in charge of taking applications and has allowed them to set some rules of their own, such as restricting these paycheck loans to existing customers.

And despite the program’s first-come, first-served design, some companies that applied on the first day said they’re still waiting to be approved.

Tony Roug, owner of a San Francisco bakery, said he applied to Bank of America as soon as the program opened and has no idea whether he’ll receive the funds.

A spokesman for the bank told HuffPost last week that it has “a team of more than 3,000 people working full-time to process those applications as quickly as possible, including reviewing documents to verify the information provided by each applicant.”

Roug, meanwhile, has dipped into his own savings to pay his 20 employees. He thinks Democratic lawmakers should hold firm on setting more conditions for the loans since banks seem to be setting their own priorities.

“Start from the smallest ones and go up from there,” Roug said. “That would have been a simple way to solve the problem.”

A HuffPost Guide To Coronavirus