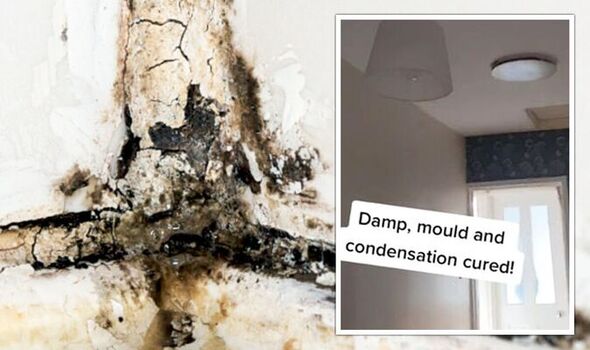 TikTok user Willmill19 took to his account to share how he “solved” his “damp, mould and condensation issues”. The dad installed a £400 unit, which costs about the same as a lightbulb to run, and solved the condensation that was streaming down the windows in his home.

He showed users of the social media app how the walls in his Victorian terrace home used to get soaking wet, causing black mould and damp. He used to rely on a dehumidifier and mould remover spray, but now he swears by the new gadget.

His home’s humidity dropped from 80 percent to around 20 percent in the home thanks to him installing a Positive Input Ventilation (PIV) unit in his loft. Since he claimed, “the mould never returned”.

What is a PIV?

PIV stands for Positive Input Ventilation, a system that ventilates a whole house by bringing in air from the outside. The gadgets are usually installed in lofts or walls, and they pump fresh air into the home.

This can be a lifesaver in the winter when homes becoming stale and damp is the cause of mould infiltrating the home. PIVs help eliminate condensation, damp and mould, which is good for the property and for the health of the occupants.

Which? trusted traders Environet says PIVs can save approximately 10 percent of annual heating costs a year. However, there are some drawbacks, including your home already being well insulated and having space for the unit.

In the video, Will said: “I used to have a dehumidifier and tried all of those little tricks with mould remover. But last winter I installed a PIV unit up in the loft.

While a PIV unit is likely to cost upwards of around £300, commenters on Will’s posts also sweared by them. One wrote: “My partner fitted a PIV in our old stone cottage because our bedroom walls would be dripping in the mornings. GAME CHANGER.” Another said: “My partner installed one in my Victorian house three years ago, it’s definitely the best £400 I’ve ever spent.”

DON’T MISS
How to eliminate condensation, damp and mould in your home for good [TESTED]
Mum’s £3 trick to keep mould at bay: ‘This stuff kept mould away’ [PRODUCT]
Cotton pad hack ‘works wonders’ to banish mould from baths [HACK]

How to keep mould out of your home

If you can’t afford a PIV, how else can you stave off mould appearing in your home?

Try to keep your home try. Investing in a dehumidifier can help, as can opening windows to air your home each day, as long as it’s not raining.

While this is tricky in the winter, with many avoiding using the tumble dryer amid the cost of living crisis drying clothes inside does cause humidity and can contribute to mould.

If there are leaks in your roof, walls or plumbing get these fix as soon as possible. Water coming in through these areas is the biggest culprit behind serious damp.

A very common place for condensation to build up is in the bedroom, while people are sleeping. Warm bodies and breath cause damp in the air, which can often be seen on the windows.

This moisture, while normal, can damage property if allowed to build up. However, an expert has shared to methods to stop condensation in the bedroom.

A property expert who posts under the username @thatpropertyguy said keeping the air in the room dryer is key.

He said: “Limit it from happening by opening the window or getting a dehumidifier.”