Former employees of embattled publishing start-up News.net are taking the company to the Federal Circuit Court in an attempt to recover hundreds of thousands of dollars in allegedly unpaid wages and to stop it from continuing to raise funds from investors.

The Media Entertainment and Arts Alliance has filed documents on behalf of eight former employees, while another former News.net employee is fighting for allegedly owed wages through the Queensland Industrial Relations Commission. The Australian Securities and Investments Commission (ASIC) has also appointed an analyst to investigate the conduct of the company. 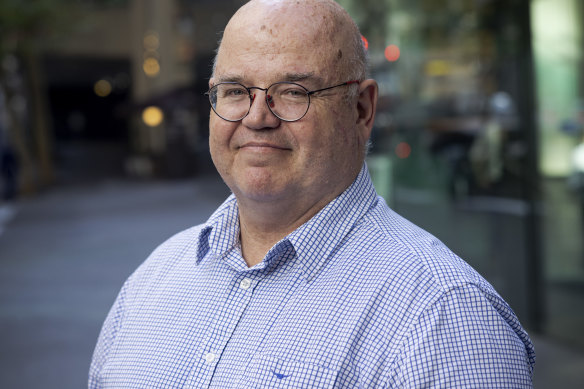 Brendt Munro is the sole director of the entity that owes staff thousands of dollars in wages.

News.net was an ambitious local journalism venture that planned to employ 170 people within 23 weeks and create more than 1500 local, national and international websites that could be linked to the one domain name. Its April launch was delayed by technology issues and by June 30, staff started experiencing issues with wages. On October 28, after the release of an investigation by this masthead, the company suspended operations.

Court documents filed by the media union allege the company and its sole director, Brendt Munro, owed almost $172,000 across the eight applicants, and more than $24,700 in superannuation. The union also claims the affected employees are owed $1250 in an ex-gratia amount, which was promised by the former chief executive and editor-in-chief, Tony Gillies, when payments did not come through. Gillies, who is also owed money, has previously said he has no visibility over the funds.

Munro told staff in September that the company’s payment delays are caused by “anti-money laundering” laws and problems with international bank transfers. He then blamed the absence of funds on shareholder issues and the company has still not paid staff the money they are owed.

The union alleges the company breached the contracts of employment, and that Munro is separately and “personally liable” for the contraventions. Michael Norris, a one-time owner of Brisbane radio station 4BH who was known as the “chairman” of News.net but is not listed as a director on ASIC filings, is not named in the lawsuit. Reached by phone on Sunday, Norris said: “I’m sorry but I just can’t talk to you at the moment” and declined to comment further.

Norris, who was declared bankrupt in 2006 and again in 2012 but discharged in 2015, had hoped to build a company that would focus on investment in local and regional journalism and could change the fortunes of Australia’s waning newspaper industry. Over a period of more than 12 years, various companies claiming to run News.net sought out high-profile investors and journalists, but never actually launched.

In an early version of News.net, Norris used billionaire mining magnate Gina Rinehart to convince others his business idea was worth investing in. Rinehart, who requested anonymity when she decided to provide financial support, made a $23 million investment (via Hancock Prospecting) in April 2013, when she was a major shareholder at Fairfax Media and Network Ten.

Despite telling this masthead he had not been associated with previous versions of News.net, Munro has worked with Norris for more than a decade, setting up companies and holding the position of director.