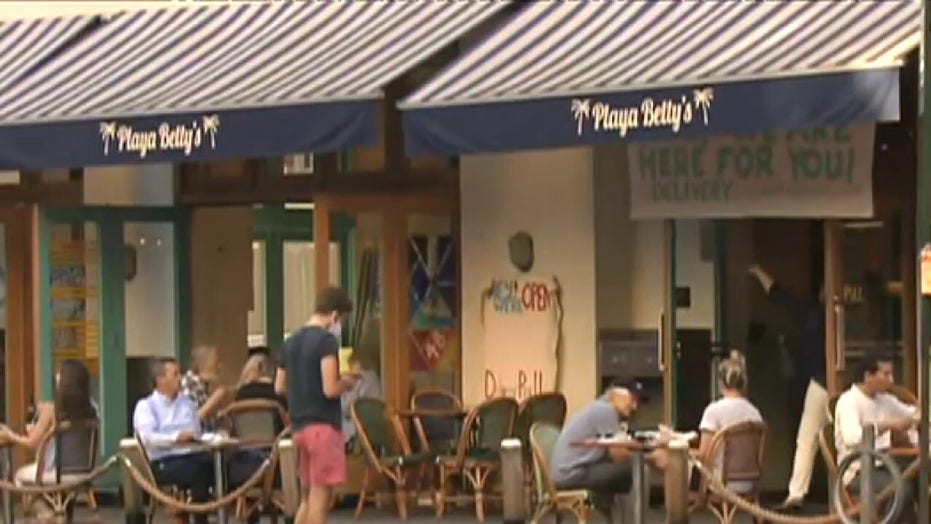 Americans tiring of eating at home during the pandemic

The latest Fox News survey shows a reversal in what voters seek from leaders in Washington.

The poll asks voters to choose one of two messages to send to the federal government right now — “lend me a hand” or “leave me alone.”  A majority of 57 percent says they would ask Washington to “lend me a hand.”

At the same time, the number saying they would tell the government to “leave me alone” dropped 19 points, from 55 percent to 36 percent. 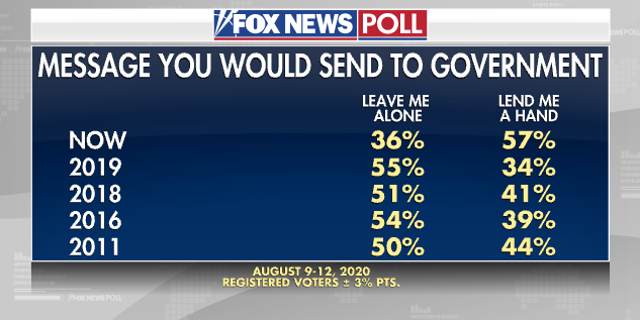 “The movement from a majority wanting government to leave them alone last year to an even larger majority now wanting government to lend a hand appears to illustrate the degree to which the pandemic is shaking Americans on many levels, including ideological in some cases,” says Democratic pollster Chris Anderson, who conducts the Fox News survey with Republican Daron Shaw.

The 23-point increase in wanting a hand comes from across the political spectrum, including independents (+15 points), Democrats (+17), and Republicans (+31).

Currently, a majority of Democrats (71 percent) would tell the government to “lend me a hand.”  Views split among independents (47 percent lend a hand vs. 46 percent leave me alone) and Republicans (45-48 percent).

"The surge in support for federal action is clearly driven by the two defining events of 2020; the pandemic and civil unrest in the wake of the George Floyd killing," says Shaw. “The immediacy of these crises could mean the surge is temporary. Moreover, it isn't clear there’s consensus on what people want the government to do. For example, on policing and the protests, liberals want fundamental reforms of the criminal justice system, while conservatives want the government to keep cities and towns safe."

When it comes to Congressional action to lend a hand, voters favor passing additional unemployment benefits for those who lost their job due to the coronavirus by a 66-27 percent margin. 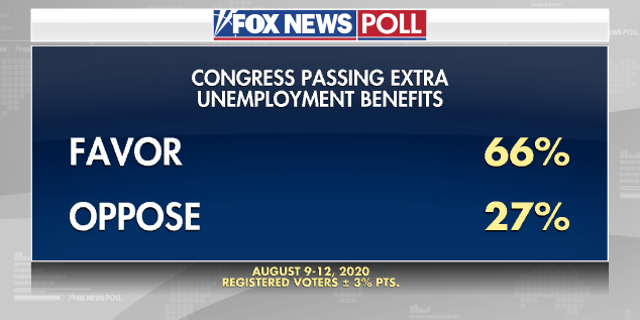 The survey also finds 32 percent of voters feel they are falling behind financially.  That’s twice the number who say they are getting ahead (16 percent).  Fifty percent are holding steady. 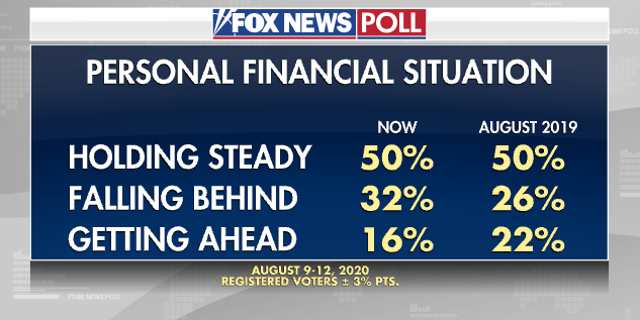 Three-quarters (76 percent) of those who are falling behind would tell Uncle Sam to give them a hand.

Thirty-three percent are satisfied with how things are going in the country, a record low since President Trump’s election.  Sixty-six percent are dissatisfied.  The worst satisfaction numbers came in January 2009, the first time Fox News asked the question.  At that time, 20 percent were happy with the way things were going and 79 percent were unhappy. 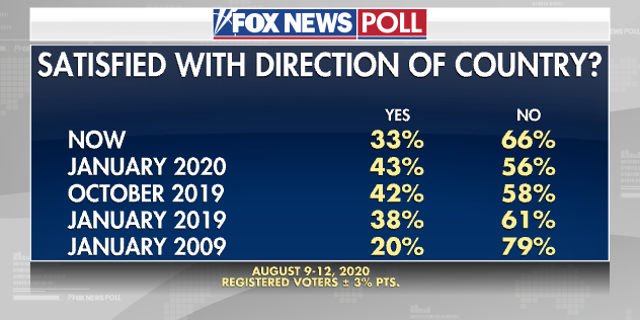 Conducted August 9-12, 2020 under the joint direction of Beacon Research (D) and Shaw & Company (R), this Fox News Poll includes interviews with 1,000 randomly chosen registered voters nationwide who spoke with live interviewers on both landlines and cellphones.  The poll has a margin of sampling error of plus or minus 3 percentage points for all registered voters.