The 2022 Ford F-150 Lightning pickup has been revealed with a starting price under $40G. The all-electric truck is the most powerful F-150 ever and offers a range up to 300 miles per charge.

When Ford unveiled the electric F-150 Lightning last week it announced it with a starting price of $39,974 (not including delivery fees), but had much pricier models on display. 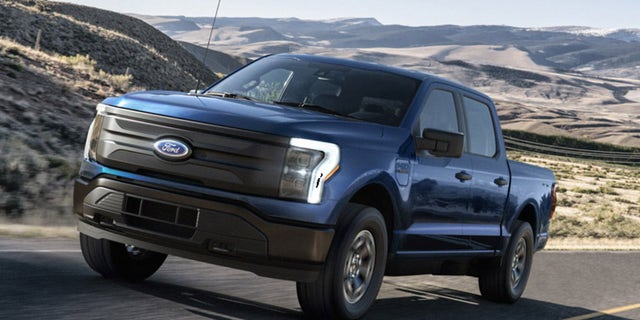 The Ford F-150 Lightning Pro is a commercial-oriented version of the electric pickup.
(Ford)

Now the automaker has revealed the F-150 Lighting Pro, which is the entry level commercial-oriented version of the full-size pickup that comes at that price. 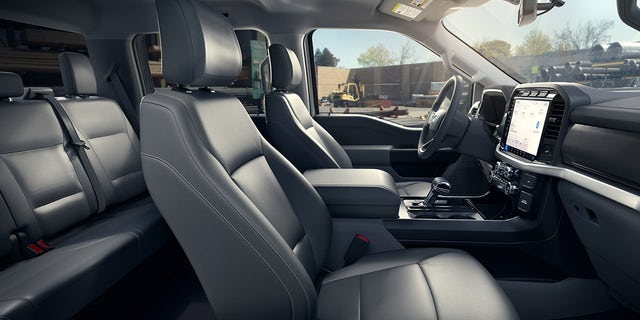 The Pro features vinyl upholstery and a smaller infotainment screen than the high-end models, and also deletes the full-width lightbar from the front of the vehicle.

It still has standard all-wheel-drive with 426 hp and a range of 230 miles per charge, plus a base tow rating of 5,000 pounds, which can be bumped up to 7,700 pounds with an optional Max Trailer Towing package.

An extended range version is available for $49,974 with 563 hp that can cover 300 miles between plug-ins and gets a maximum tow rating of 10,000 pounds with the option package. 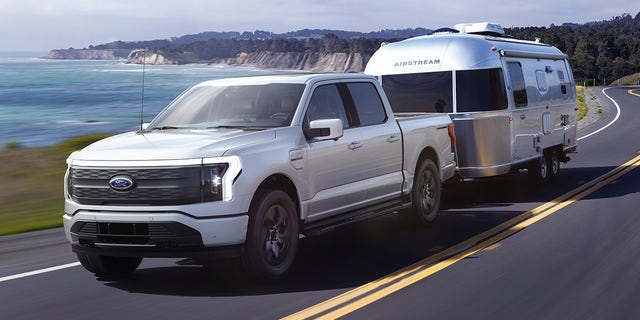 Both models are equipped with the F-150 Lightning’s 14.1 cubic-foot waterproof, power-opening front trunk with four outlets that can provide 2.4 kWh of on-site power from the battery. An additional 7.2 kWh can be added along with more outlets in the cabin in bed. 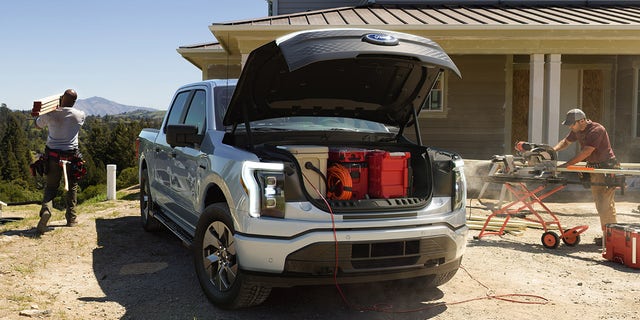 The reservations book for the F-150 Lightning is currently open and Ford CEO Jim Farley reported that the company received nearly 45,000 in the two days after its reveal, each requiring only a $100 deposit. 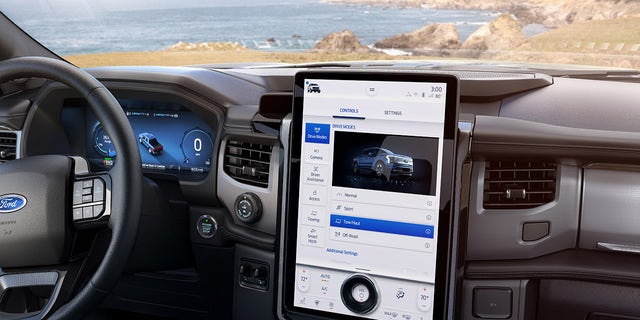 Production and delivery of the first trucks is scheduled for spring 2022 with fully-loaded luxury models priced as high as $90,474.