Actor Wilmer Valderrama can “literally cruuuise the vistas” in one of his classic automobiles. 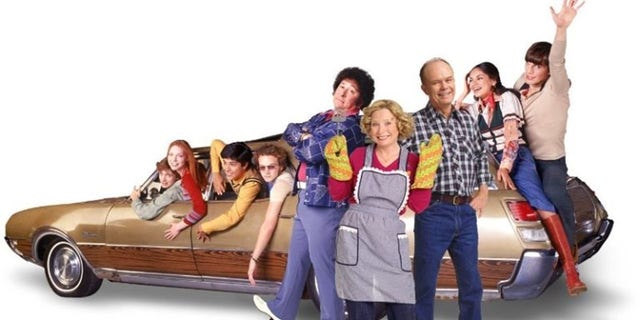 The NCIS star told Kelly Clarkson this week the story about how he came to own one of the most iconic TV cars of all time.

Valderrama’s first big role was as the foreign exchange student Fez on Fox’s “That ‘70s Show,” which featured a gang of friends who often rode around in a 1969 Oldsmobile Vista Cruiser station wagon owned by Topher Grace’s character, Eric Forman.

The Aztec Gold car featured wood paneling and windows in the roof, hence its name.

In one memorable episode, Forman’s father Red accidentally sold the car while unintentionally under the influence of pot brownies and explained to someone who called it “crap” that you could “literally cruuuise the vistas” in it, which became a classic catchphrase among fans of the show.

Valderrama, who usually drives a black 1968 Ford Mustang, told Clarkson that as the show was wrapping up its final season he asked the folks in the prop department how much it would cost to buy it and they told him $500.

“When I look at that car, it reminds me of when I was, you now, 17, 18 years old booking “That ‘70s Show” and doing that opening sequence when we’re just driving down the street.”

The now-40-year-old said it will be in his family forever and that he’ll never sell it, but he could make a pretty good return on his investment if he ever changes his mind.

According to the Hagerty Price Guide, a 1969 Vista Cruiser in excellent condition is worth over $20,000 and that’s without the provenance of being from a hit show.