Homes Under the Hammer visited Stoke-on-Trent in a recent episode, where Martin Roberts looked around a “disappointing” terraced home in the Goldenhill district. While the two-bedroom property was in a well-placed residential area, the classic layout was impractical and an absent garden made it difficult to market as the perfect family home. After auction, the property was transformed into a cosy house by married duo Shobhit and Richa, who enjoyed a £21,000 sale profit for their budget re-model of the “severely damp” property.

The brick-built property was located just a short walk away from the local high street, in the middle of a long terrace.

While the brown door and classic red bricks made the two-up two-down house look dated, Martin Roberts explained that the exterior was in solid condition for its low guide price of £30,000.

On the surface, the house looked very similar to most terraced homes the presenter had seen on the show, though this one had something to make it stand out.

“Everywhere you look, lots of signs of damp, it feels damp, and I think that’s a lot more than just a property that hasn’t been lived in for a while – which this one obviously hasn’t.” 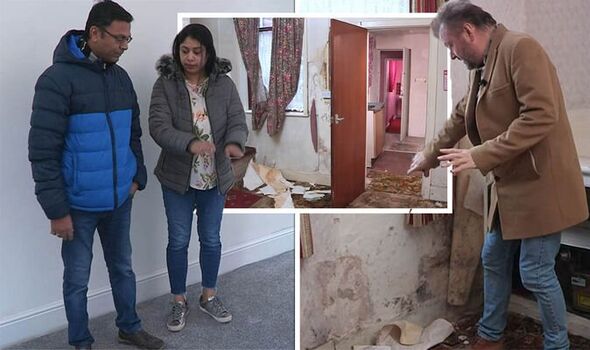 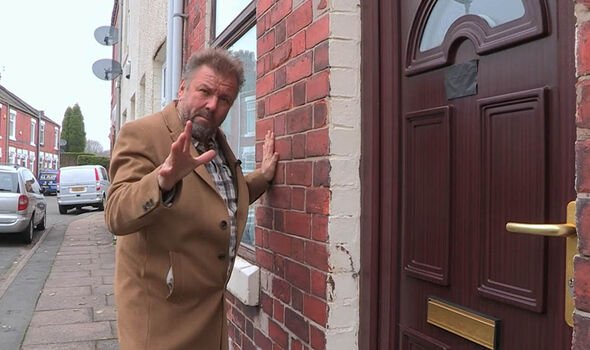 Though the “pretty severe” damp problem was a concern for Martin, he noted some of the more positive features around the property.

Downstairs, the house had a classic layout with the small living space at the front and rear living space which led into a compact galley-style kitchen.

At the back of the house, an oddly placed bathroom painted an obnoxious pink could be found almost inside the kitchen space.

Despite having a back door leading outside the property, Martin pointed out the “disappointing” garden, which was more like a narrow side passage used to house the bins.

Upstairs, the pink themed decor continued with bright walls, carpets and curtains in both rooms and an odd space which was only accessible through the main bedroom. 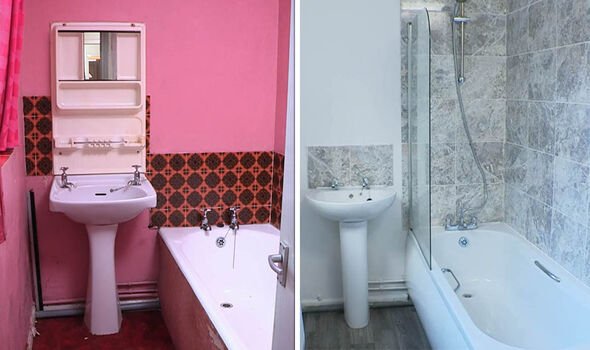 Together with his wife Richa, Shobhit planned to transform the terraced property into a “good family home”, by creating a suitable third bedroom in the existing space upstairs.

A thorough modernisation was also on their to-do list, with plans to add a new central heating system and of course, tackle the severe damp problem throughout the house. 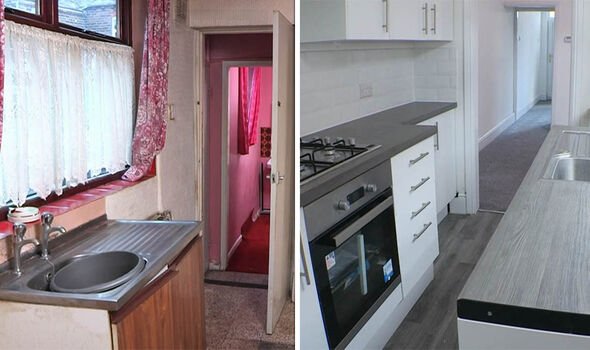 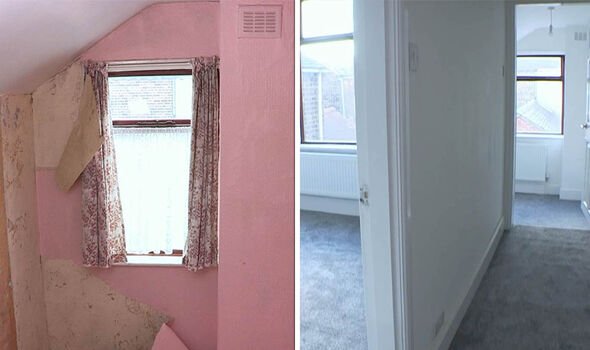 Looking for a new home, or just fancy a look? Add your postcode below or visit InYourArea

After 14 weeks, Martin Roberts returned to the house in Goldenhill to find it had been transformed into a modern three-bedroom home.

While the presenter described the finish as “tidy rather than luxurious”, he praised the seasoned developers for being able to complete the full renovation in a short six-week time frame.

White walls and grey flooring replaced the dated patterned carpets, wallpaper, and pink paint which had been damaged by the rising damp.

In the kitchen, deep grey countertops and a sleek white tiled splashback made a vast improvement on the brightly coloured fragments which previously filled the space.

The striking pink, polka dot bathroom had also been replaced with grey and white marble-effect tiles and porcelain fittings.

Minimal changes were made to the structure of the house, with the exception of the small space upstairs which was made accessible by a new hallway in the main bedroom.

Speaking to Martin in the refurbished property, Shobhit revealed that the whole floor had been self-levelled upstairs, in the front room downstairs and the back reception room.

In October 2020, two local property experts were invited to view the house.

Shobhit told Martin: “It’s been a good challenge. Our building team was good and they were up to the mark.

“And, except for the weather which was not favourable, everything was well within our control.”

Homes Under the Hammer is availble to stream on BBC iPlayer.